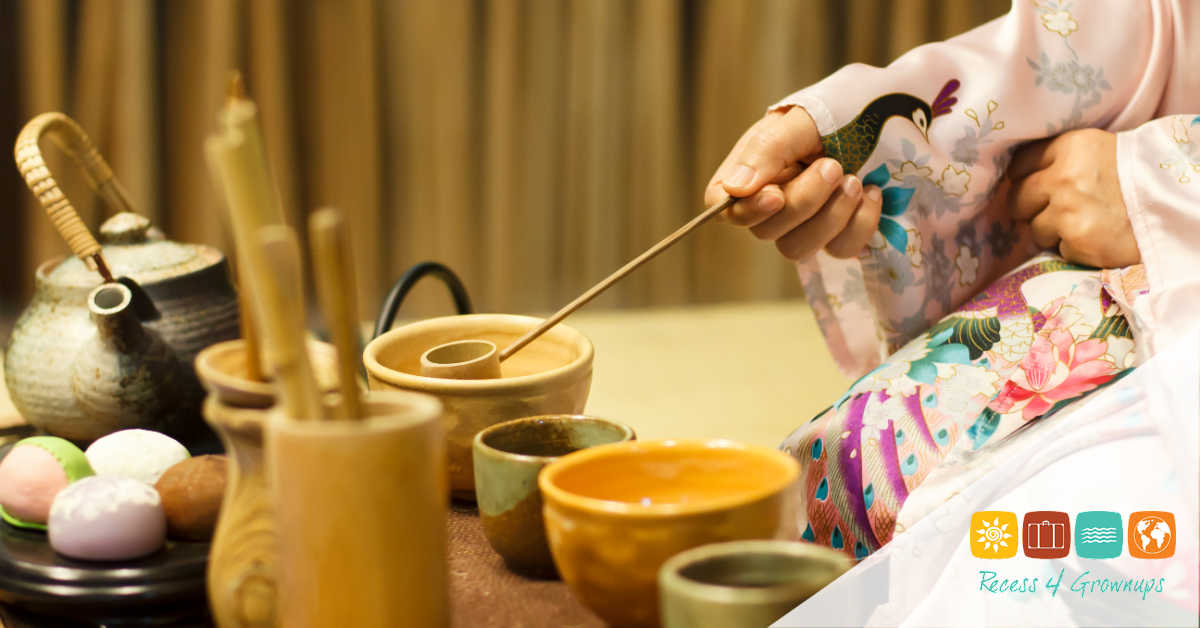 Friday is the Opening Ceremony of the Olympics in Tokyo, and I’m sure that beyond all the athletic events, there will be quite a bit of coverage highlighting Japan cities and experiences. My trip to Japan two years ago is one of my favorites ever, and I am enamored with the fascinating cultural traditions. In honor of the upcoming Olympics, I’m sharing another special Japanese ceremony… 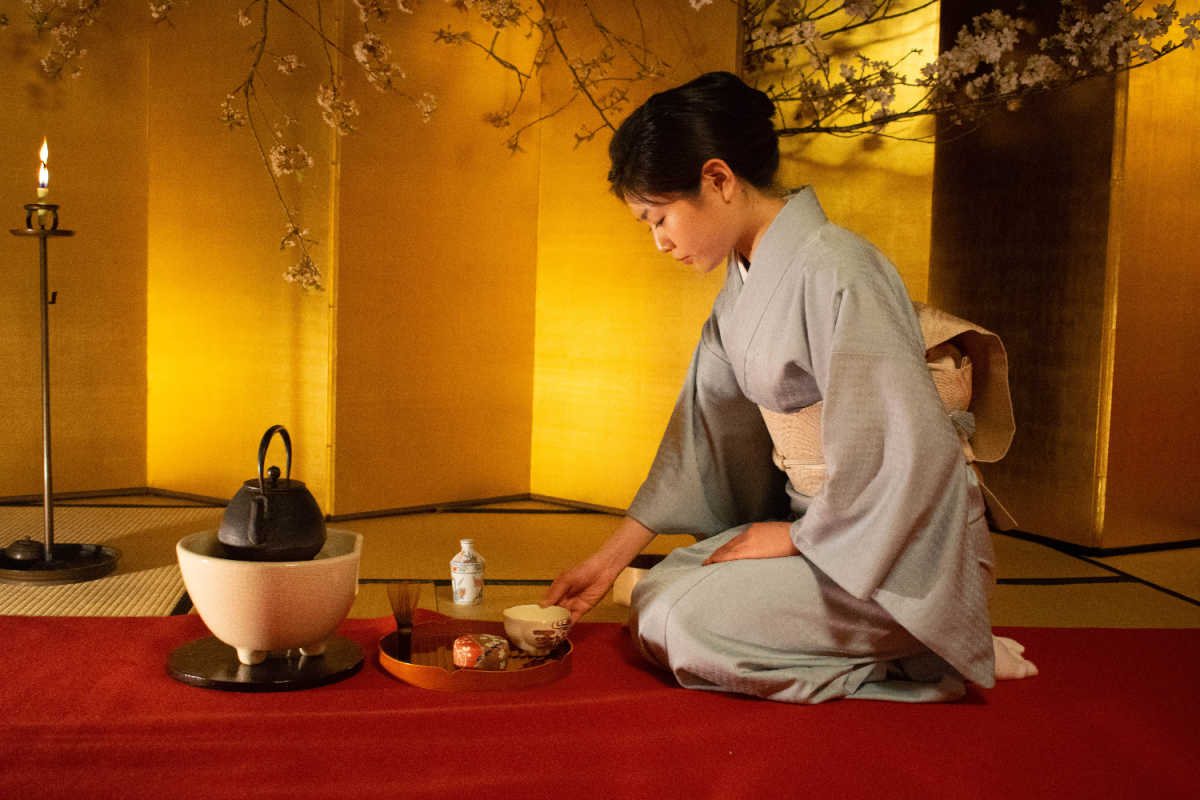 Many visitors come to Japan to see the beautiful historical sites dotted throughout the country. With an abundance of temples, shrines and castles, Japan has maintained its cultural heritage well. However, this rich culture doesn’t end with locations. Rather, it extends into traditions, customs and even lifestyle. With long-running traditions such as the Japanese tea ceremony, Japan’s rich culture is celebrated. The tea ceremony is a much-revered cultural artifact, a refined art form dating back centuries and is still held in high respect today.

What is Japanese Tea Ceremony? 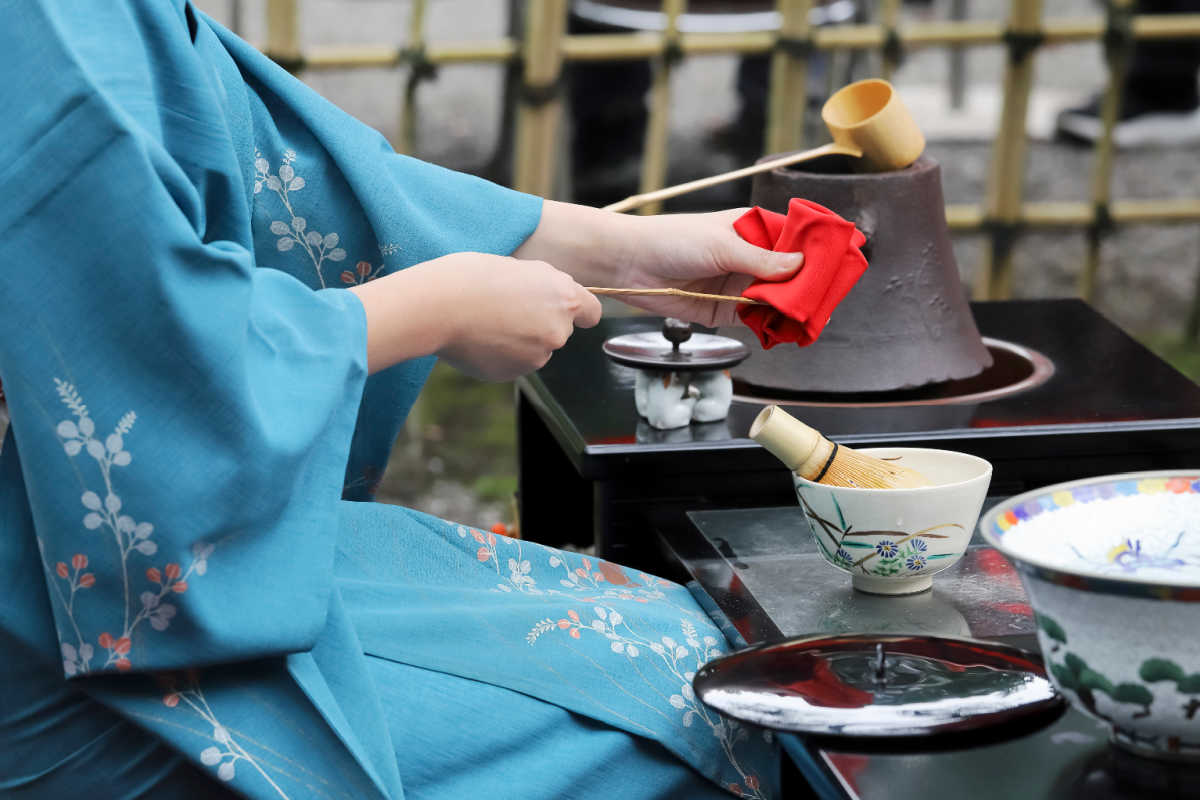 Japanese tea ceremony is much-celebrated traditional custom which focuses on enjoying and appreciating the delicate, complex flavors of green tea. Tea ceremonies usually take place in specific surroundings, as it is intended for participants to enter a state of peace, tranquility and harmony – an almost meditative state. As much of the modern understanding of tea ceremony was developed by Buddhist monks, this state of mind is very important. Japanese tea ceremony has developed over many centuries into its current form and naturally there are a few schools of thought regarding the way to conduct it. However, all these schools have a common ancestor. 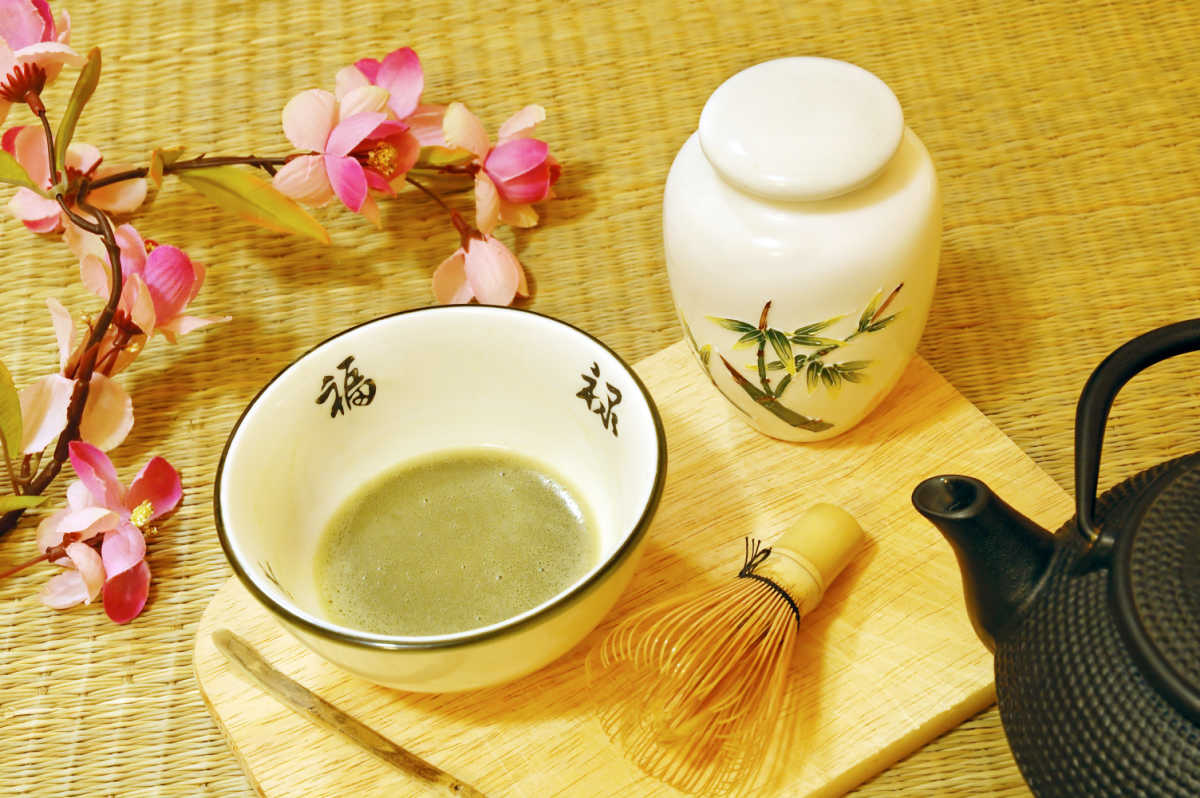 Tea was first introduced to Japan from China in the 9th Century but only started to gain popularity in the 13th Century. At this point, tea drinking parties became a status symbol among the Japanese elite. It was a way for affluent members of high society to display their exquisite porcelain as well as a kind of competition to distinguish the best Japanese tea. However, this use of tea as a display of wealth changed during the Muromachi Era and became a lot more similar to the tea ceremony we know today. This was largely due to the influence of Zen Buddhism.

A Buddhist monk, Murata Shukou, often referred had a large impact on tea ceremonies. He was largely responsible for the small tatami mat room design of tea ceremony rooms and for instilling the Zen philosophy of tranquility and harmony into tea ceremony. During the 1500s this new, spiritual way of appreciating tea was solidified and incorporated as a cultural art. The teamaster of Hideyoshi Toyotomi, Sen no Rikyu, is largely credited with spreading the austere and simple tea ceremony style. Over the last few centuries, various schools of thought have developed regarding tea ceremony. However, the variance is largely in procedure to be undertaken during the tea ceremony, rather than a difference in underlying beliefs. Most schools of tea ceremony still hold to the Zen Buddhist belief of the tea ceremony as a way to appreciate simplicity and engage with peace and harmony. 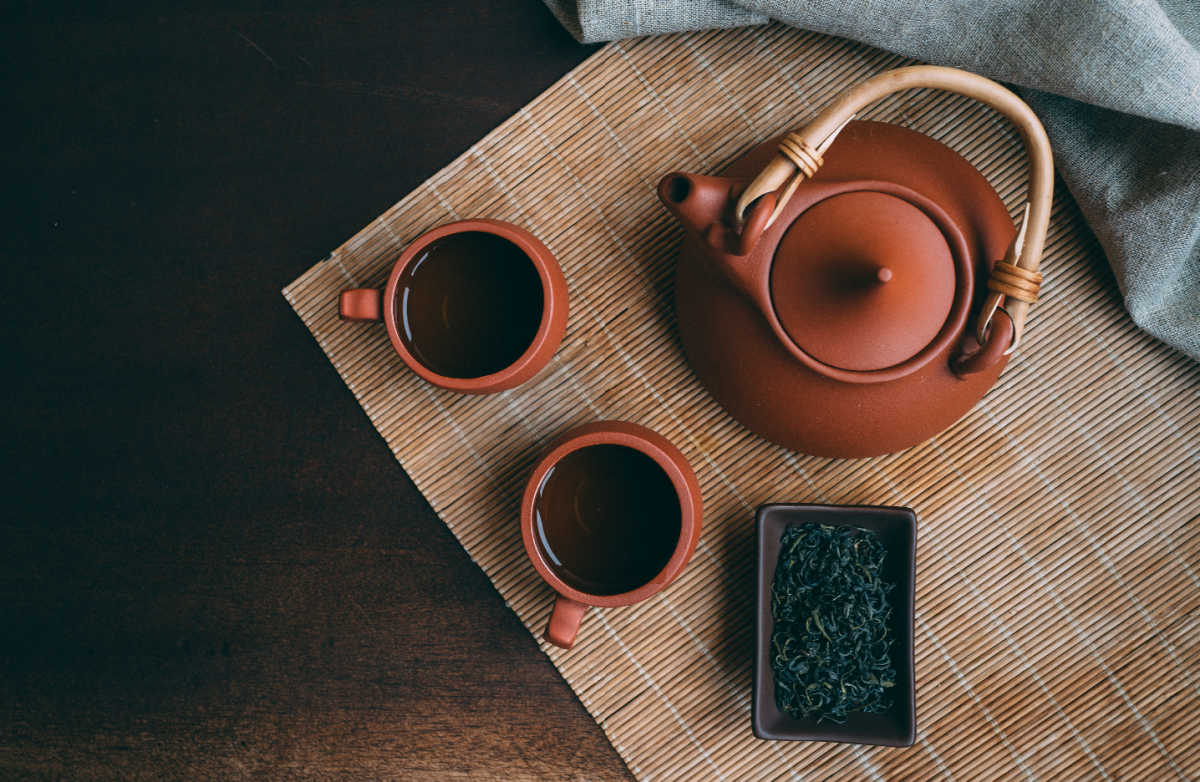 There are two main types of tea ceremony which take place today. The first is a formal, full-length ceremony which involves a kaiseki course meal, sampling of both thick tea and thin tea and often lasts for hours. The more common ceremony is a shorter version of the event involving tea and traditional Japanese sweets.

Tea ceremonies take place in a small tatami mat room of around 4.5 tatamis (approximately 74 ft²). The room is kept austere with very little decoration in order to avoid distraction from the ceremony. Usually, the only form of decoration in the room is a small alcove, known as a tokonoma, which is commonly adorned with a calligraphy scroll and/or a simple flower arrangement. These are chosen carefully and are often seasonal.

Traditional tea houses are often surrounded by a garden which is usually visible from the main tearoom. The garden is kept simple, yet natural, avoiding bright or strongly scented flowers to limit distraction. There is often a stone basin near the entrance to wash one’s hands, similar to those found at temples and shrines. Similar to the avoidance of bright and scented flowers, it is also considered polite for visitors to wear simple, modest clothing without a lot of bright colors and to avoid strong perfumes. This is all to avoid distraction and focus purely on the simple appreciation of the tea and the meaningful procedure.

The host prepares the tea in front of the guests using specific instruments which have been carefully selected. The method used to prepare the tea is also carefully designed to create the best experience. A small Japanese sweet is often served before the tea and is to be eaten before drinking the tea. There are also specific procedures as to how to drink the tea, and this is generally instructed by the host of a tea ceremony experience. In general, this involves turning the tea bowl, drinking and bowing. 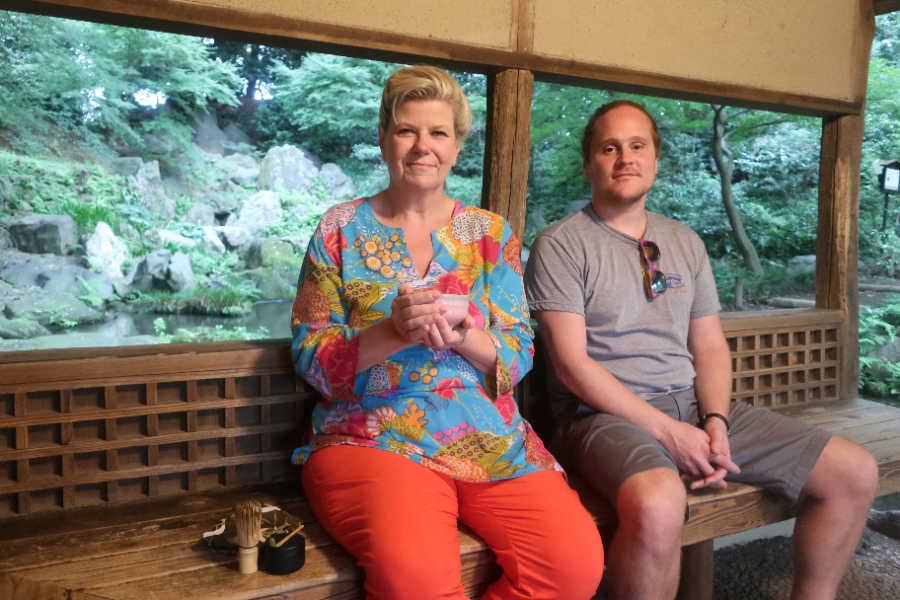 When my son Johnny and I traveled to Japan, our guide in Tokyo set up a tea ceremony for us in a small pavilion on the edge of a beautiful Japanese garden. He explained the steps as he carefully prepared the tea. It was a wonderful memory of our trip to experience this ancient tradition still practiced today so lovingly.

Over time, Japanese tea ceremonies have evolved from a display of wealth among the elite members of society to a Buddhist appreciation of the simplicity and purity of nature. Nowadays, tea ceremony is considered one of Japan’s cultural art forms and is well-respected by all. Experiencing a traditional tea ceremony is a great way to engage with Japan’s rich culture and meaningful traditions. 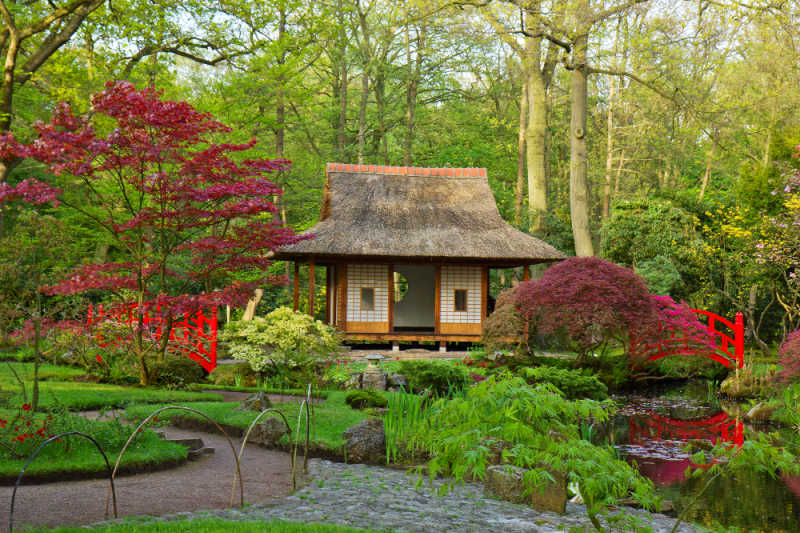