The Best Sights to see along Egypt’s Nile River 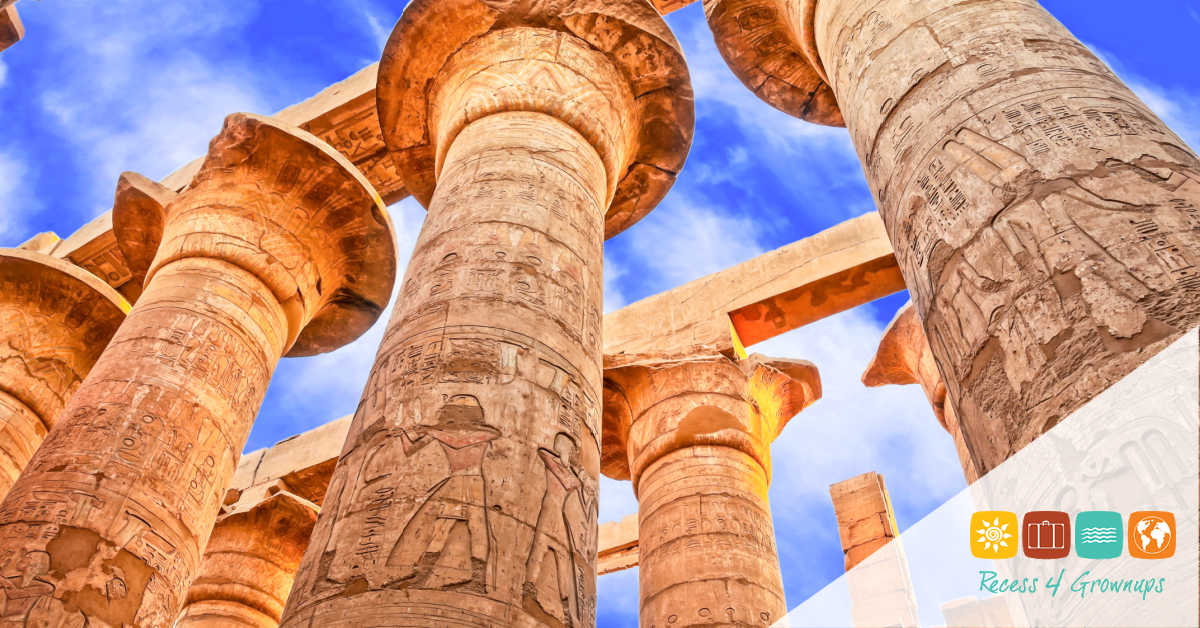 In the next few weeks I’ll be working on launching our Egypt trip for February 2022. Egypt is a top bucket list destination and I’m excited for the amazing itinerary we have. There is so much to see there that you’ve likely never heard of, yet are so much a part of the story of Egypt, so I thought I would touch on a few of the sites around the Nile River today. 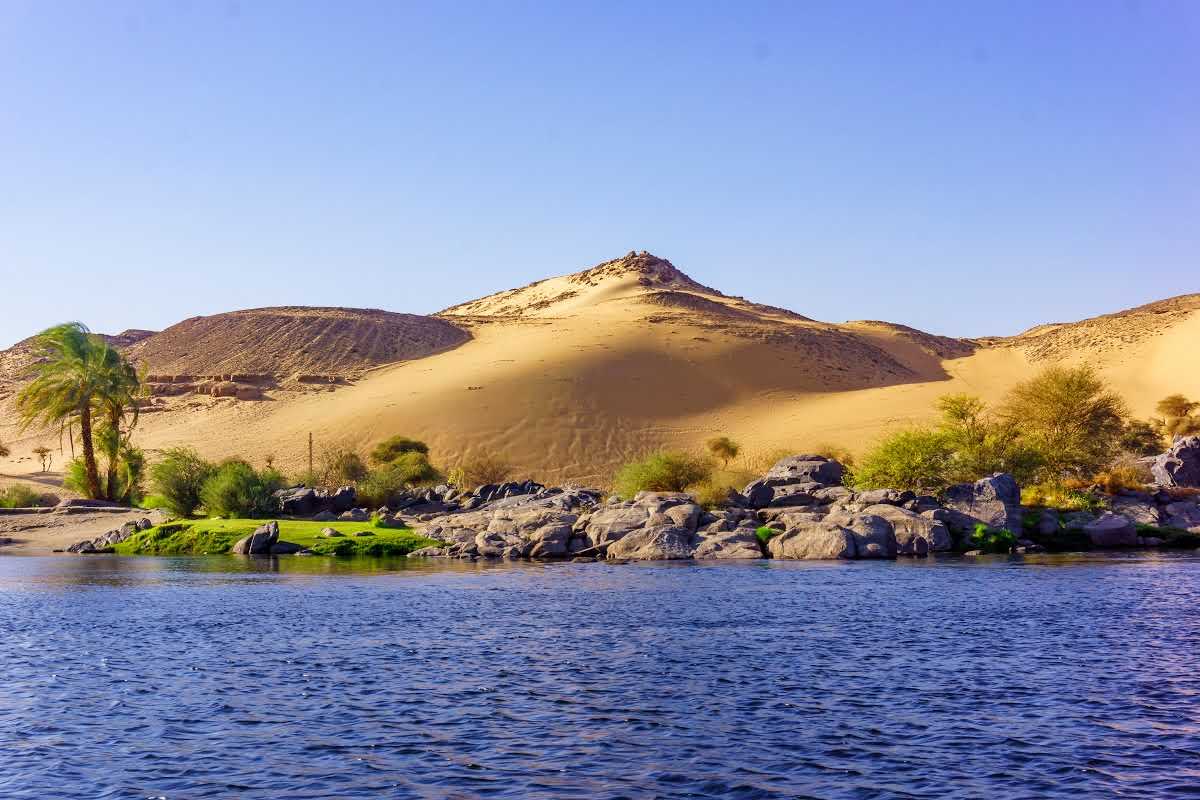 As one of the most important waterways in the world, it is hardly surprising that the Ancient Egyptians built many of their main settlements along the banks of the river, and many of the most famous temples and other attractions are within walking distance of the river. In this article, we’ll show you some of the must-see attractions in Egypt that you’ll see along the Nile. 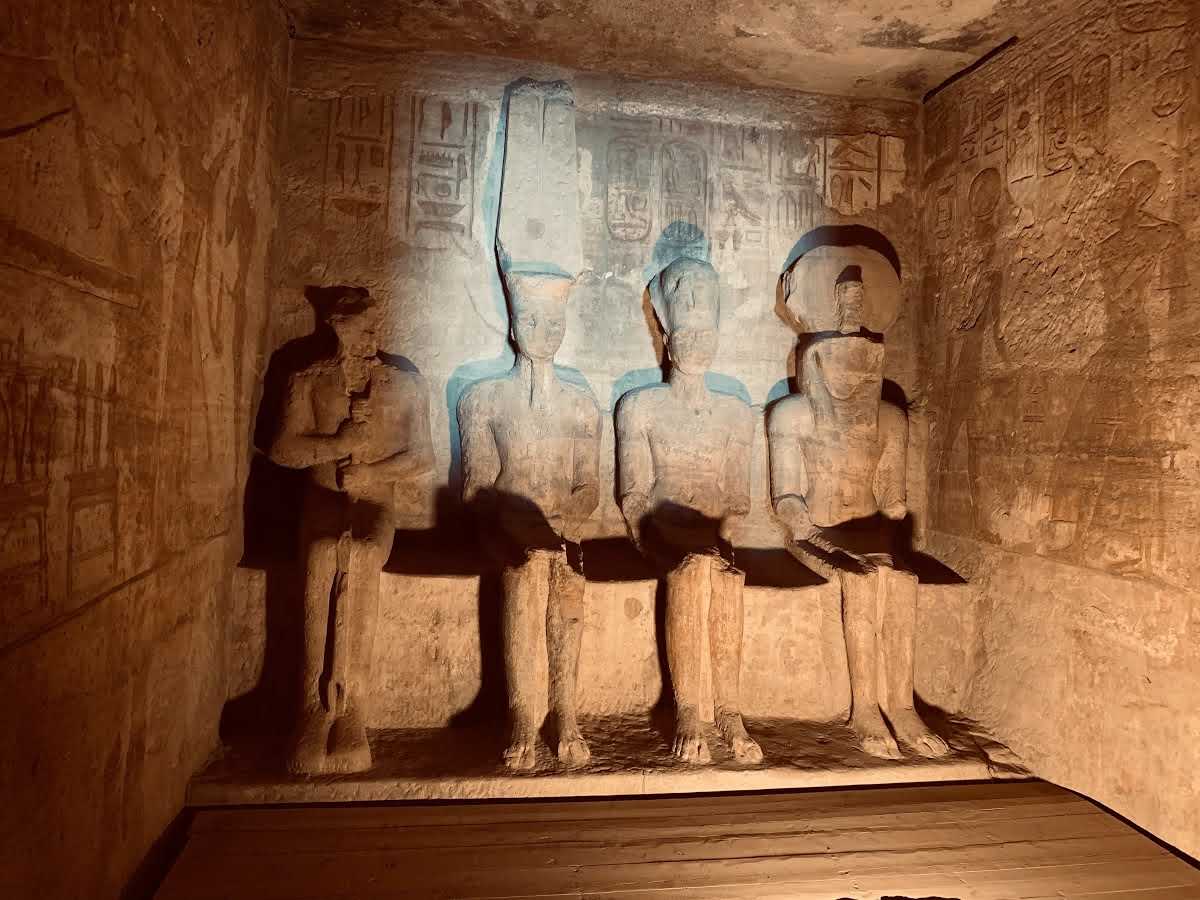 Up there with the Pyramids of Giza in terms of impressiveness, Karnak Temple is Egypt’s second most visited archaeological site, located on the east bank of the Nile near Luxor. Built over hundreds of years, virtually every pharaoh contributed in some way to the temple’s construction. Legendary figures such as Ramses II and Queen Hatshepsut are just some examples.

The Great Hypostyle Hall is probably the most impressive part of the temple complex, with grand columns towering over the heads of visitors, decorated with all manner of carvings and hieroglyphs. And the Avenue of Sphinxes sees visitors walking along a foreboding path, with towering statues rising up on either side. The reason for its size is that Karnak was dedicated to three of the most important Egyptian gods and goddesses – Amun Ra, Mut and Khonsu.

Valley of the Kings 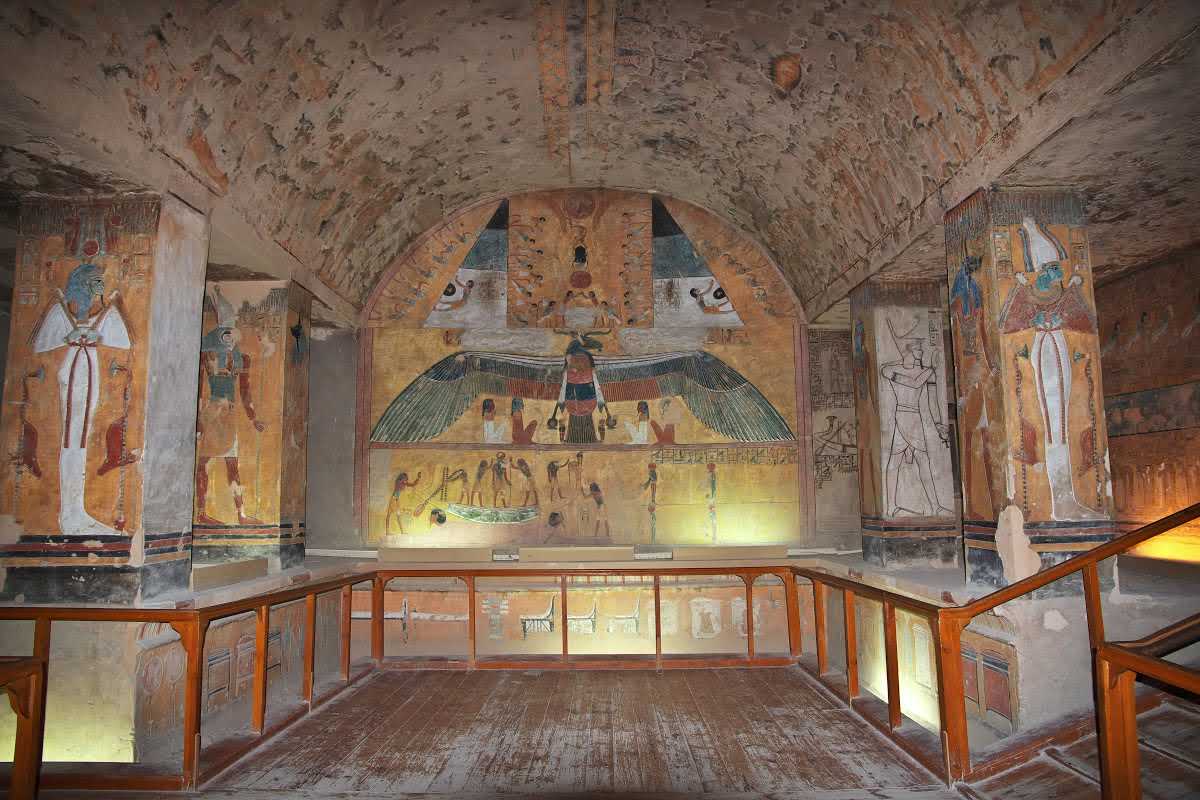 Not far from Thebes (modern-day Luxor) on the west bank of the Nile, the Valley of the Kings was the final resting place for many of the pharaohs of the New Kingdom. More than 60 different tombs have been uncovered at the site, including the most famous of them all, the Boy King Tutankhamun. Discovered in 1922 by the explorer Howard Carter, the tomb contained the famous gold funerary mask which is soon to be housed in the Grand Egyptian Museum in Cairo. Many of the tombs are open to the public, though never more than 10 at any one time, so it is down to luck as to which ones you will be able to visit during your trip. But all are ornately decorated and amazing places to explore. They were once filled with treasures to support the pharaohs in the afterlife, but anything that wasn’t taken by grave robbers is now on display in museums and collections across the country.

Not far from the Valley of the Kings is the equally impressive Valley of the Queens, where the wives of many pharaohs were buried. There are more than 80 tombs here, including those of Queen Nefatari. You are also likely to glimpse the giant Colossi of Memnon nearby, two colossal statues which once marked the entrance to the Temple of Amenhophis III, now lost forever. 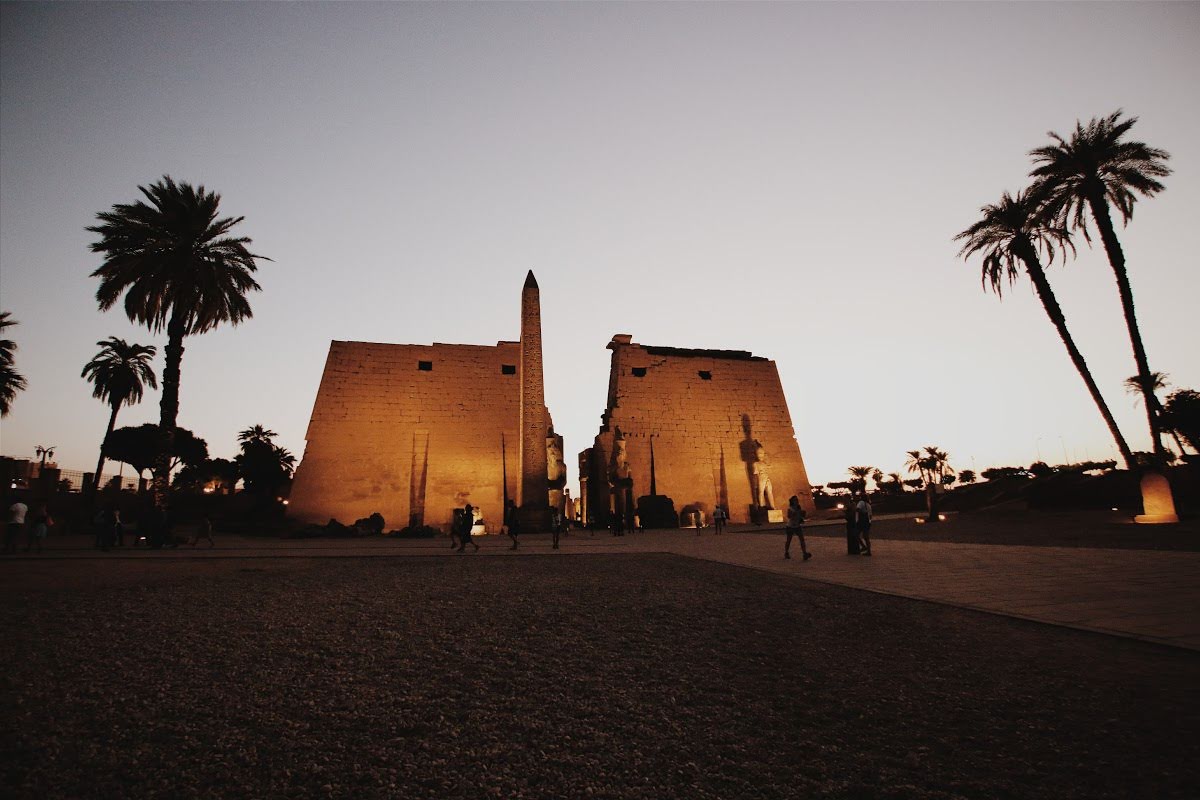 Within the city of Luxor itself, Luxor Temple is one of the few temples in Egypt not to be dedicated to a specific god or pharaoh. Instead, it was dedicated to the idea of kingship, and it is believed that many pharaohs were crowned at this sight, in the centre of ancient Thebes, now Luxor. Dusk is one of the best times to visit Luxor Temple, as the site is illuminated after dark with many lights, which gives it a magical feel and heightens the experience of visiting this important monument. 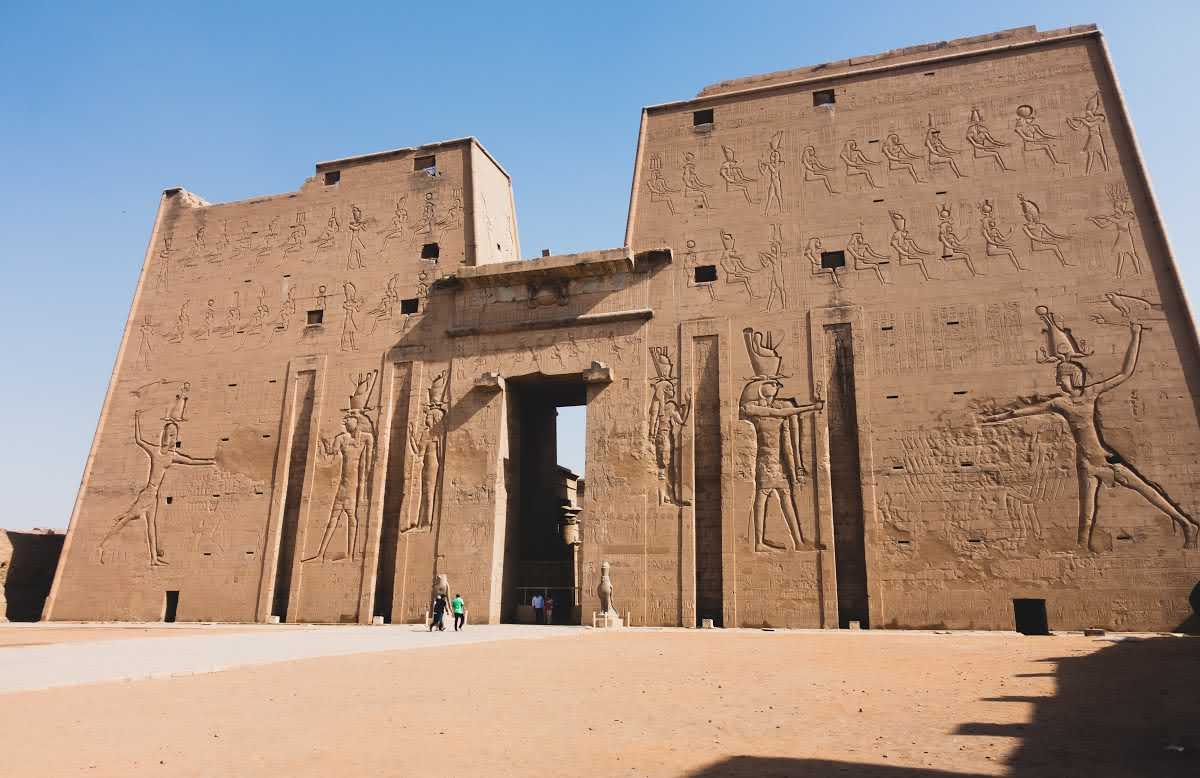 One of the best preserved temples in the whole of Egypt, Edfu Temple was virtually reclaimed by the desert, with only the highest parts of the temple visible by the time of its discovery in 1798. A painstaking effort to uncover the site revealed one of the most complete Egyptian temples ever found. Dedicated to the gods Horus and Hathor, it was an important site in the Ancient Egyptian civilization, hosting many festivals in the name of these two goddesses. Much of what Egyptologists know about Edfu has been deciphered from carvings on the temple itself, which visitors can still see today.

A more recent attraction, the Aswan High Dam was completed in 1970 and is the world’s largest embankment dam, built across the face of the River Nile at Aswan. The impact of the dam was transformational. When it first opened, it generated enough electricity to power many surrounding villages and settlements for the first time. And the water which it held back created Lake Nasser, a man-made reservoir. This water was used to increase Egypt’s arable land by more than 30%, helping to feed people and allowing development to accelerate in the country. The dam is also mightily impressive in its own right and is well worth a glimpse for anyone enjoying a Nile cruise which travels as far south as Aswan. It is also possible to enjoy a luxury cruise on Lake Nasser.

Other Nile-side attractions include Philae Temple, the Temple of Hatshepsut and the symmetrical temple of Kom Ombo. There are countless ways to explore the sights of Egypt, but a Nile cruise should be a component of your visit to Egypt allowing travelers to see numerous sights between Luxor and Aswan, or beyond. 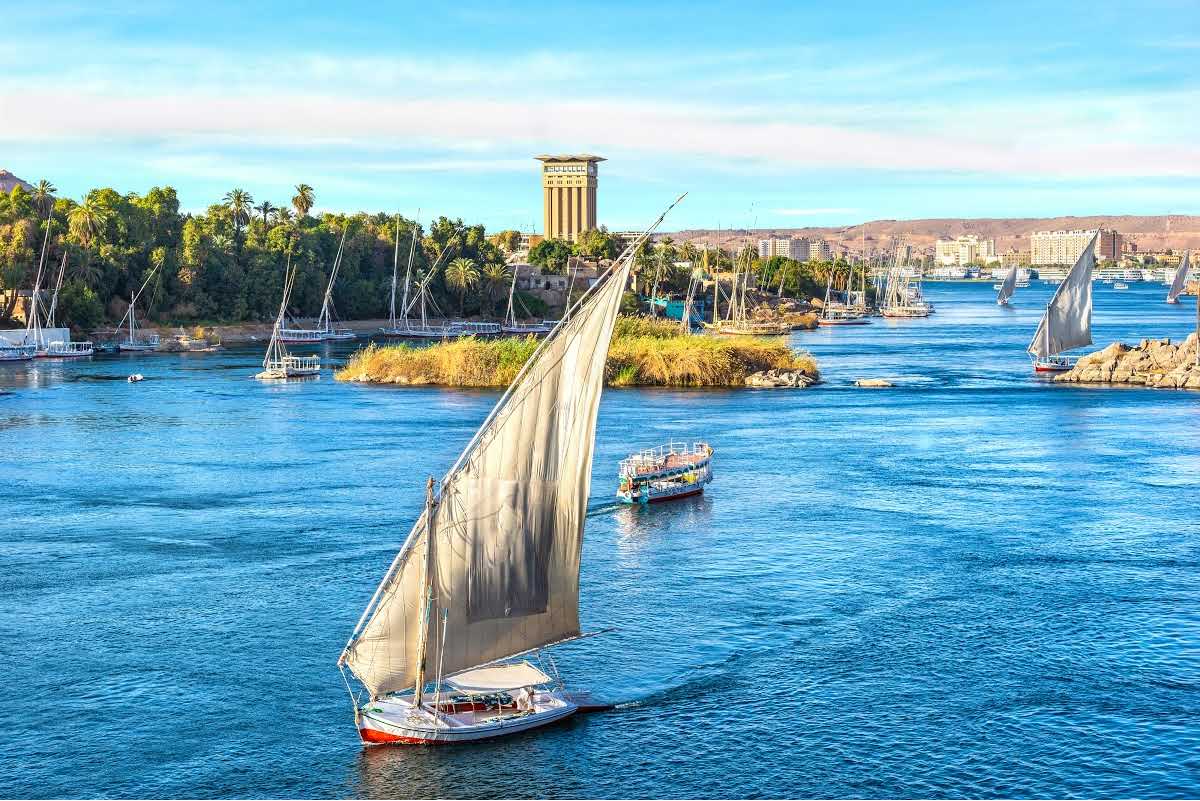