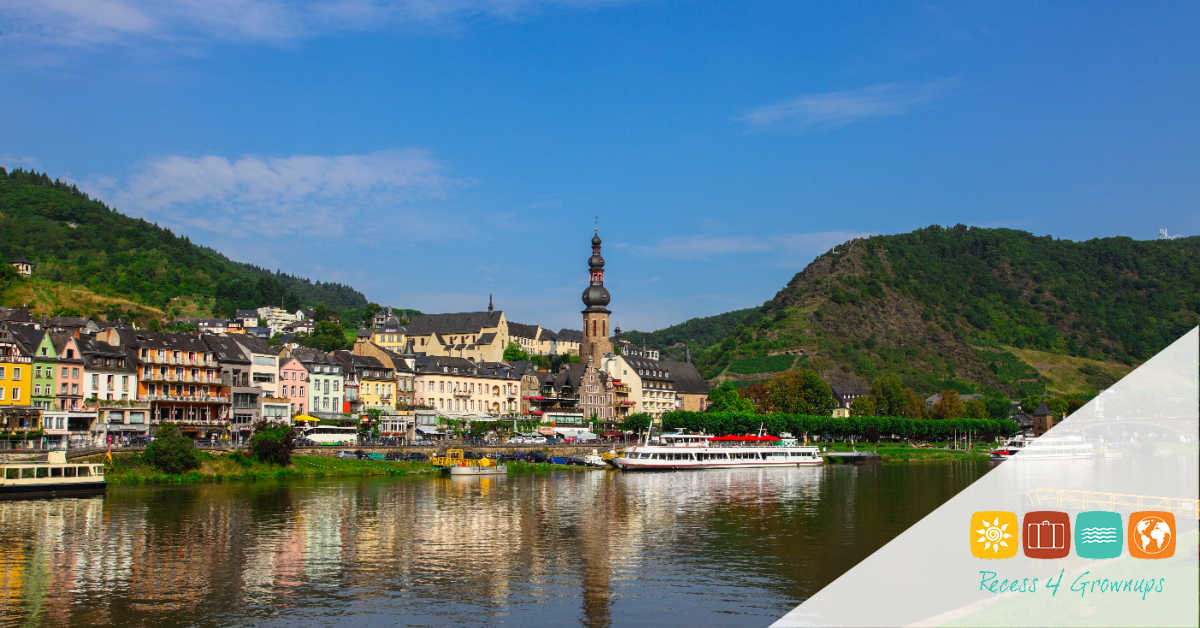 While the Danube and Rhine Rivers are the first to come to mind in Europe, the Moselle offers some other variations on towns and experiences and it’s a little like the road less traveled, similar to the cruise I’m doing now, so a perfect segue this week… 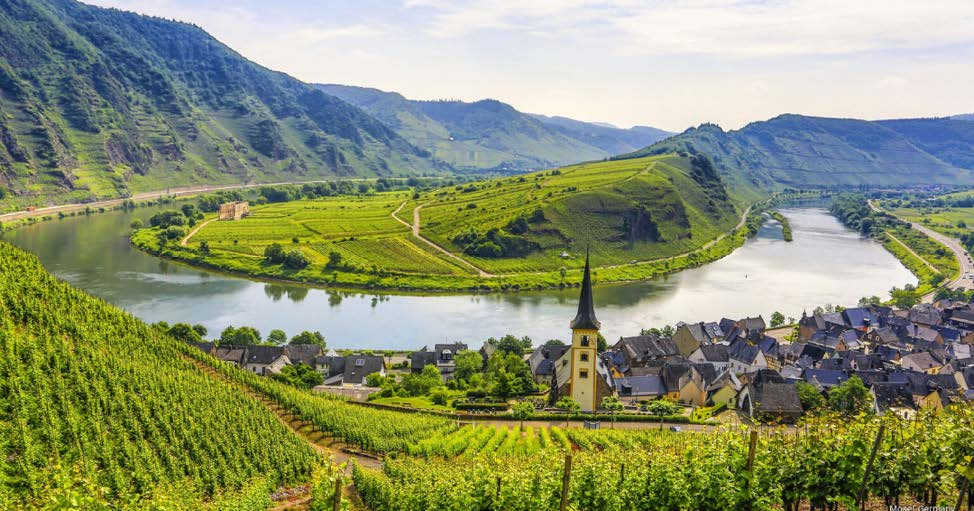 Characterized by stunning twisting loops, gorgeous scenery and lush vineyards, the Moselle River begins life in the French Vosges Mountains. It flows through north-eastern France, Luxembourg, and west Germany, before joining up with the Rhine in the German city of Koblenz. This makes it perfect for a European river cruise, as visitors get to experience the hidden gems of the less traveled Moselle, while also enjoying the highlights of the mighty Rhine, if they so choose. In this article, we’ll show you some of the different places and attractions that you can visit on a river cruise along the Moselle. And it’s worth bearing in mind that while traveling between destinations, travelers will be able to enjoy some of Europe’s most breath-taking scenery from the river – rolling hills, sprawling vineyards and more than a dozen ancient castles, many of which can be marveled at from the water. 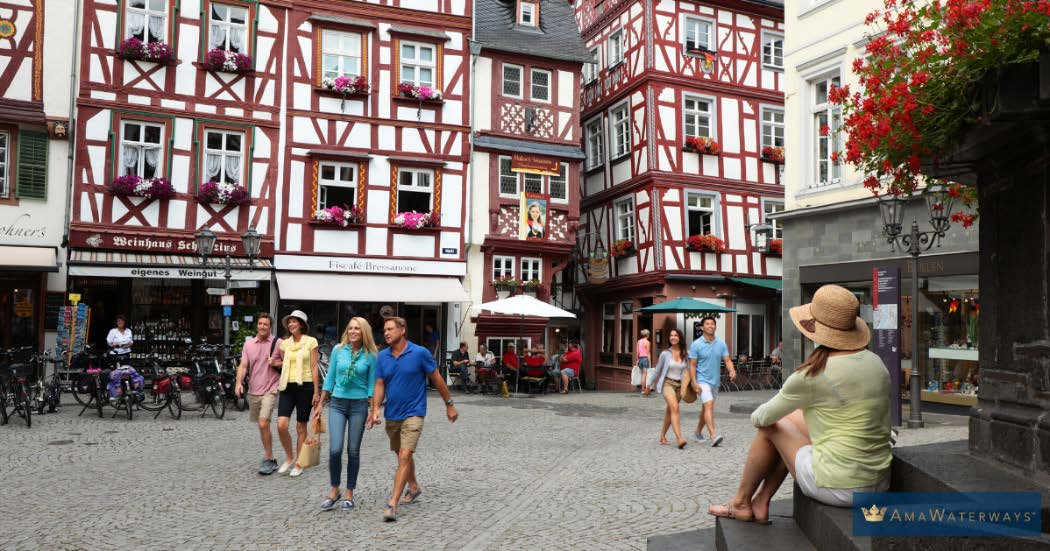 Whichever Moselle river cruise you choose, Trier is likely to feature as a stop on your itinerary. The city dates back some 16,000 years, making it Germany’s oldest known large settlement. Much of the city’s architecture is straight out of a fairy tale, with tall spires and ancient turrets dating back centuries. Much of the city is protected by UNESCO, and visitors will have a terrific time ambling down pretty streets, spotting all manner of historic gems. There’s the 2nd century Roman gate known as Porta Nigra, the 4th century Cathedral of Saint Peter and the Aula Palatina Basilica, a Roman palace commissioned by Emperor Constantine I. For history buffs, it doesn’t get much better than Trier. But even if you aren’t interested in history, there is plenty to enjoy about the stunning surroundings, café-lined streets, and riverside walks of the city. You can also enjoy magnificent views over the whole region if you hike to the top of Petrisberg Hill. 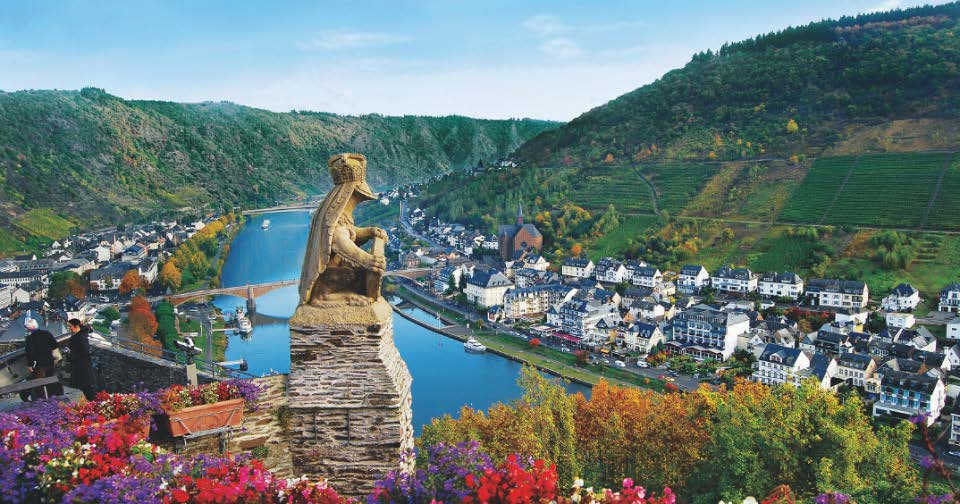 We didn’t just mention wine in the introduction to get your attention. The Moselle Valley is one of Europe’s premier wine producing regions and Bernkastel is at its very center. No stop in this medieval town would be complete without paying a visit to one of the region’s quality wineries, and many Moselle river cruise itineraries include at least one winery visit. Wine enthusiasts will also want to visit the Mosel Wein Museum, which tells the story of wine production in the region and offers visitors the chance to sample more than 160 different types of local wine. Other attractions in Bernkastel include the ruined Landshut Castle, reached by an active hike up the hillside. Although mostly destroyed by fire in 1692, it is still possible for travelers to climb the castle tower, for sumptuous views over the valley.

Cochem is without a doubt one of the prettiest of all the destinations along the Moselle River. Visitors will want to head to Market Square, where beautiful timber buildings rise up around you, transporting you back in time. The medieval clock tower only adds to this feeling. The town is also home to the fortified Cochem Castle, which overlooks the rest of Cochem from the hillside. Visitors must walk through a small forest to reach the attraction, which feels like something straight out of one of Grimm’s Fairy Tales. A guided tour of the castle takes visitors into the spires, courtyards, and towers of this incredible piece of architecture. 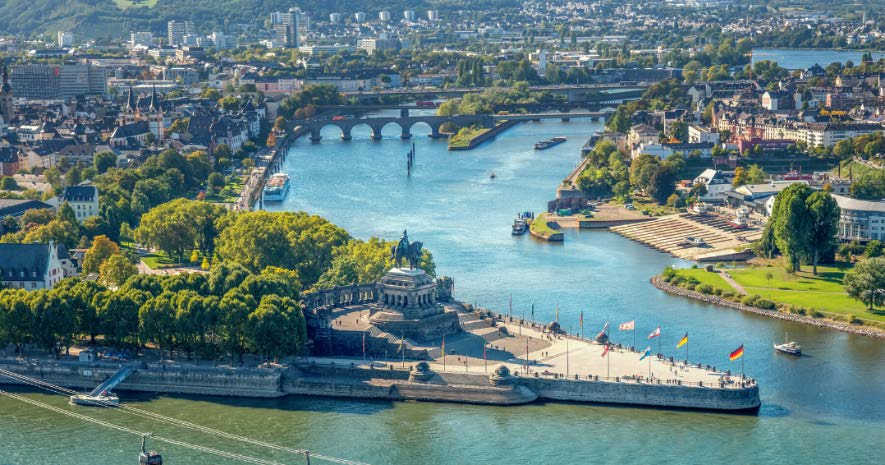 If you’re looking to combine a Moselle river cruise with the Rhine, then the chances are that you’ll visit Koblenz. The German city is the point at which the two rivers meet. And it is possible to stand at the exact point where this happens if you choose to visit Deutsches Eck. On a promenade jutting out into the confluence of the rivers, this is a great spot to enjoy the view. There is a giant replica statue of Kaiser Wilhelm I here, the original having been destroyed in a bombing raid during the Second World War. From the opposite bank, the headland almost looks like a warship, jutting out into the water. Another of the main attractions in Koblenz is the cable car, which takes visitors on a near kilometer journey up to Ehrenbreitstein Fortress, the second largest fortress in the whole of Europe. And there are wonderful views to be enjoyed throughout the ride.

If you hadn’t even heard of the Moselle River before, it’s not surprising. It is a little known tributary of the far more famous and popular Rhine. But it is home to some of Germany’s most attractive towns and cities, with a wealth of historic sites to visit too. At just 339 miles, the river is relatively short, so adding on a few days to your Rhine river cruise itinerary is easily doable, and I promise you won’t regret it! 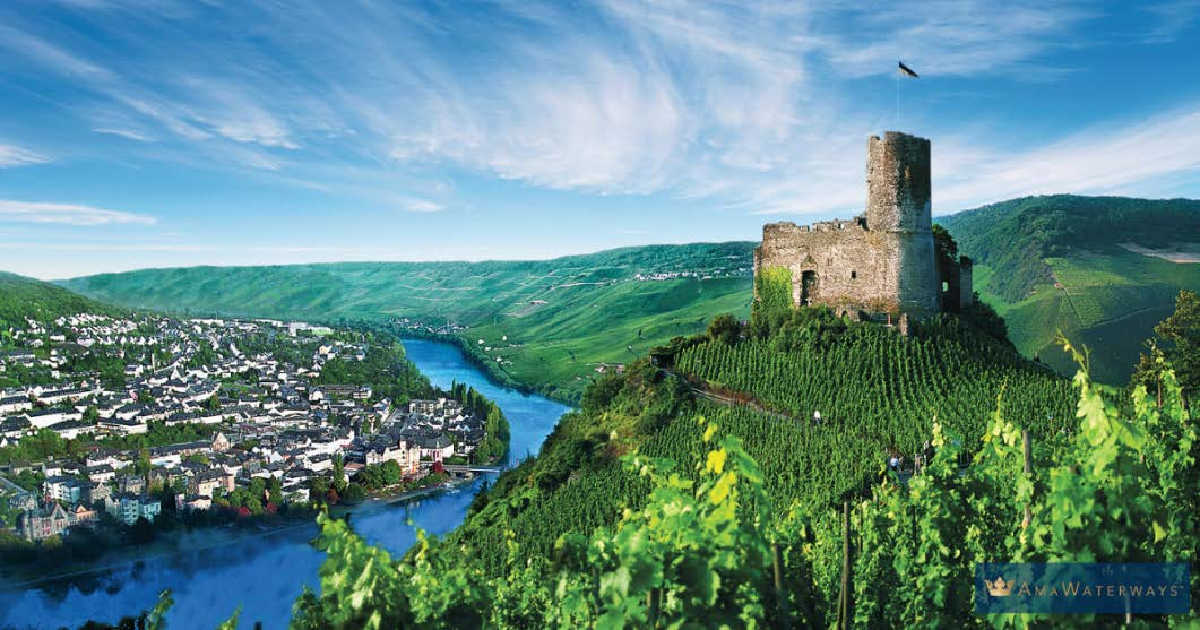