Visiting the D-Day sights around Normandy 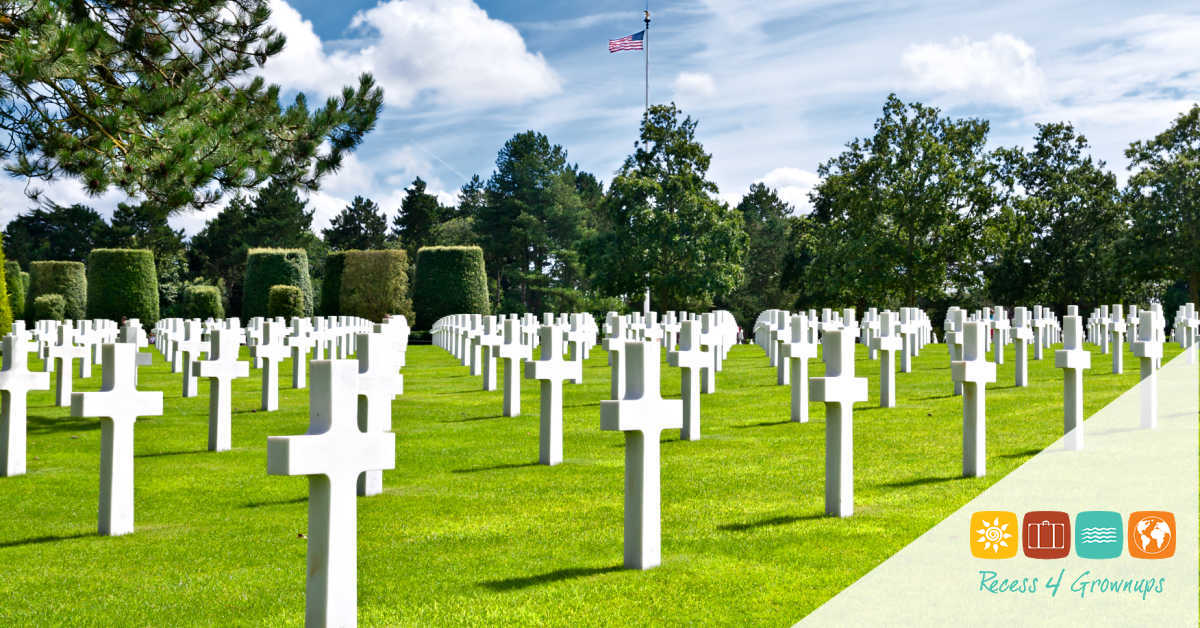 It seems appropriate that right after the remembrances of Memorial Day that we have the D-Day anniversary coming up this weekend. I visited the Normandy area a couple of years ago right around the 75th anniversary, and seeing the sights in person, with the stories of bravery and patriotism, takes one beyond history books to deeper understanding and appreciation… 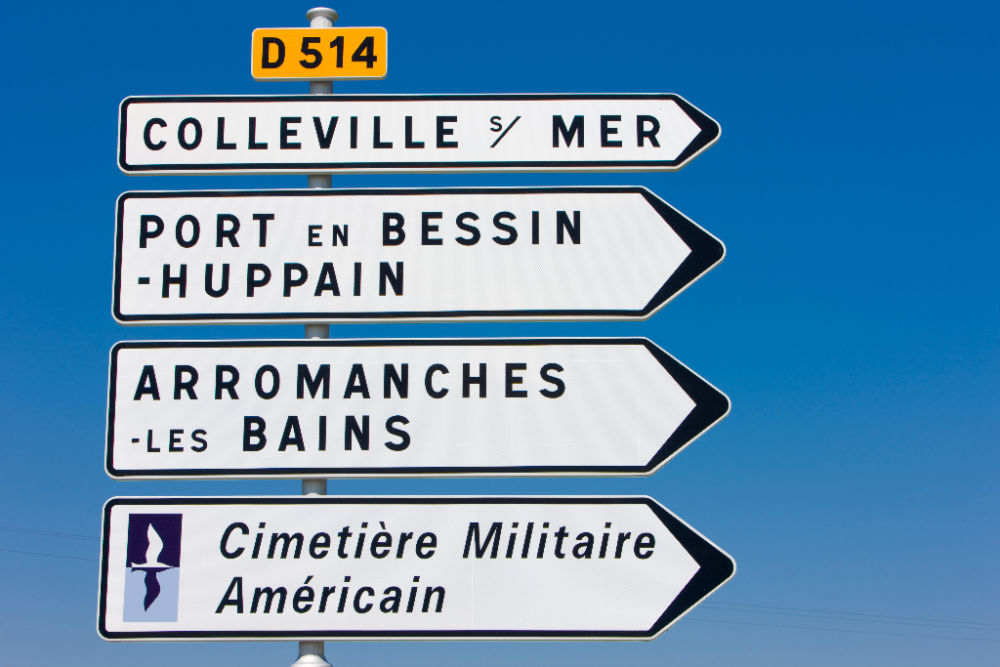 You don’t need to be an expert in military history to know a little about the Normandy landings during the Second World War. France had long since fallen to the Nazis and the USA had entered the war just in time, as Britain stood alone against Hitler. What followed was a great reversal of fortunes, as the Allies in the west and Russia to the east began closing in. The June 6, 1944 Allied landings at Normandy, to become known as the D-Day landings, were at the time the largest seaborne invasion in history. Thousands of troops landed in northern France by air and sea to begin pushing back the Germans. Tragically, thousands of lives were lost in the fighting.

Two years ago I cruised from Lisbon to Amsterdam, and one of the highlights was a day spent in Normandy from the port of Cherbourg. I had visited the D-Day sights prevously on a Seine River cruise, and learning the history of the area in person, and seeing the sacrifice of those brave men who fought in that battle, is worthy of repeat visits. Each tour of the region gives me new insights and the opportunity explore at deeper level, and I encourage you to include Normandy as a priority in future travels. I’d like to share some of the most well-known battlefield sights and memorials to visit in the area.

Omaha and other beaches used in the landings 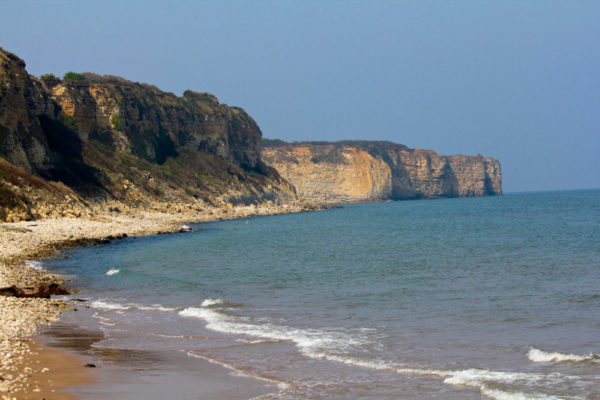 Five beaches were used for the Normandy landings, and Omaha Beach holds the unfortunate reputation for having seen the most casualties. Many troops drowned as they were trying to reach the shore under rough seas and hundreds of those who did make it were killed under enemy fire. The well preserved WN60 bunker and trench network can be seen on Omaha Beach. It was used by the Germans to attack the troops as they landed, before being captured by American forces.

Utah Beach to the west of the area was taken by the US 4th Infantry Division with relatively few casualties, thanks to earlier sacrifices made by paratroopers, who had isolated the Germans defending the beach by attacking them from behind.

While the American troops focused on Omaha and Utah beaches, British and Canadian forces took part in the landings at Gold, Juno, and Sword beaches, which can all also be visited as sites of the D-Day landings.

There are memorials and cemeteries dotted around the beaches, slightly further inland. 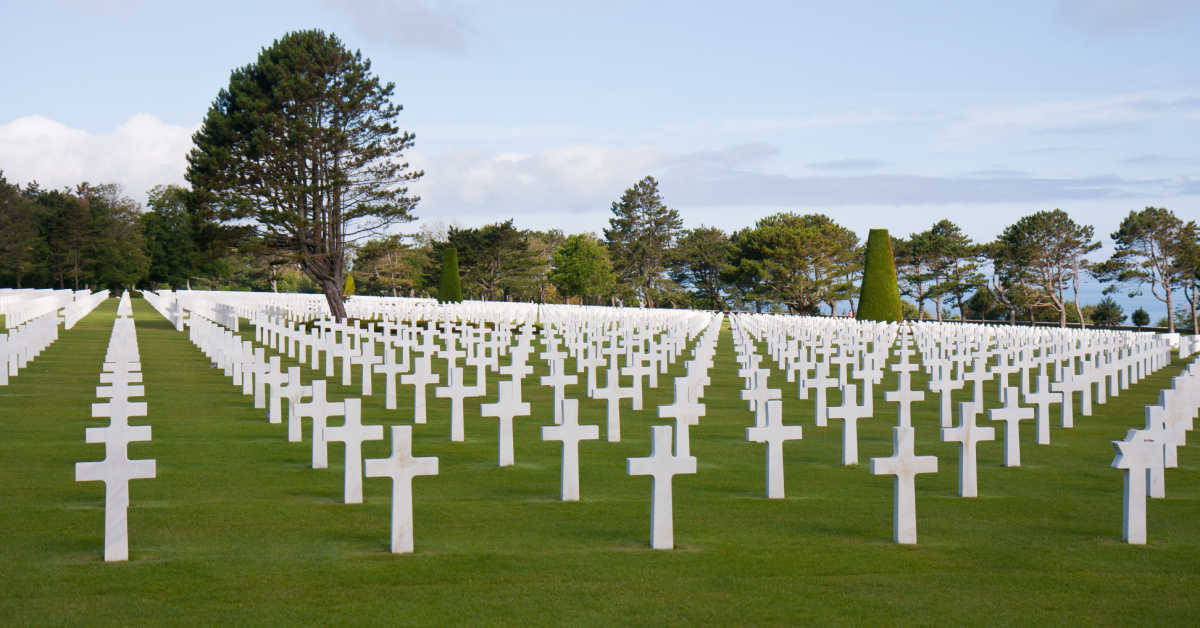 Located in Colleville-sur-Mer, the Normandy American Cemetery and Memorial is a sobering site, the final resting place for 9,388 young American troops who died on the beaches of Normandy and in the wider conflict.

A memorial at the cemetery tells the story of the Normandy landings and there is a commemorative bronze statue. A trip to the cemetery to pay your respects is an essential part of visiting Normandy for any American. 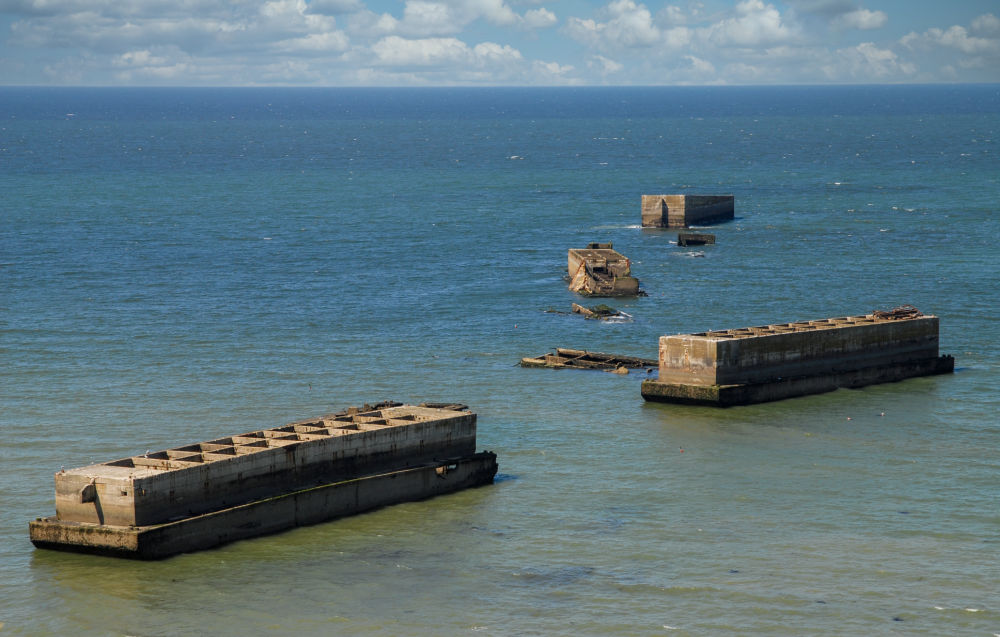 Arromanches is an idyllic seaside town in Normandy, home to just 600 people. It is a charming place to explore in its own right, but also holds some important history from the Normandy landings. It is located in the middle of Gold Beach and so was a crucial part of the landings.

The Allies built an artificial harbor at Arromanches to assist with the unloading of 300,000 men, 54,000 vehicles and 104,000 tons of equipment. It was supposed to be temporary but remains there to this day and is well worth a visit. This site reminds one of the tremendous planning and logistics involved in planning and executing a battle of the scale of the D-Day invasions.

The nearby Musee du Debarquement houses a circular theater which puts visitors right in the middle of the fighting in a terrifyingly immersive experience. 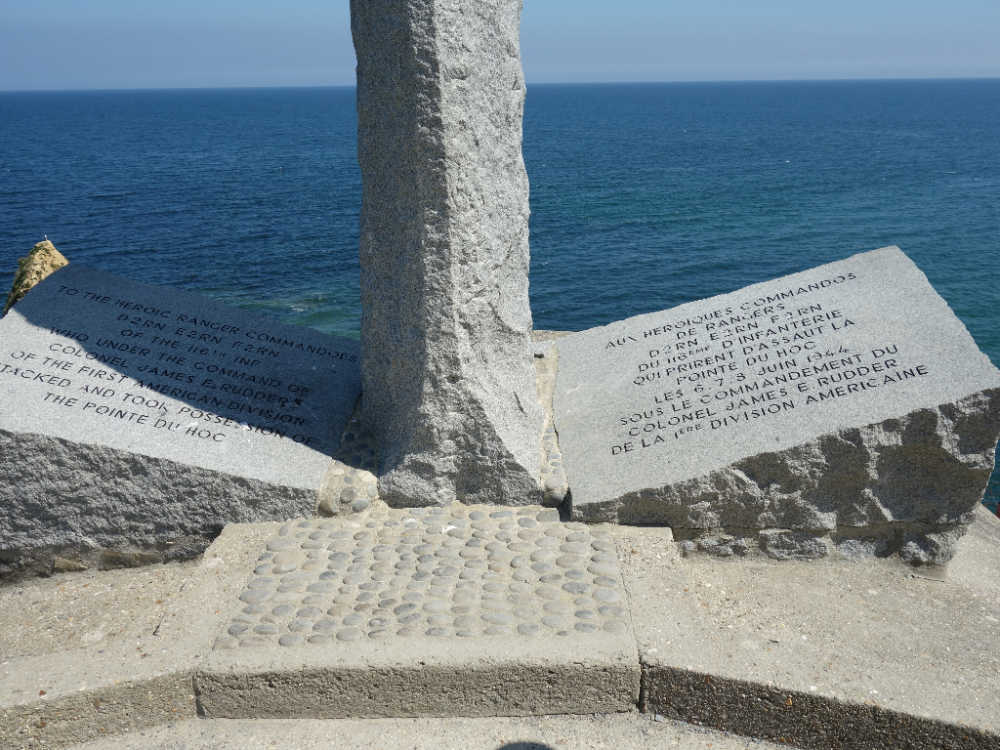 La Pointe du Hoc was an overhanging cliff which gave the Germans an incredible view over Omaha Beach and the English Channel, as it is located between Omaha and Utah beaches. For obvious reasons, the Allies wanted to capture this strategic point.

The fighting here was some of the fiercest of the entire operation and the ground was so heavily bombed that there are still craters in the area to this day. A granite needle now marks this point as a memorial to those who perished. 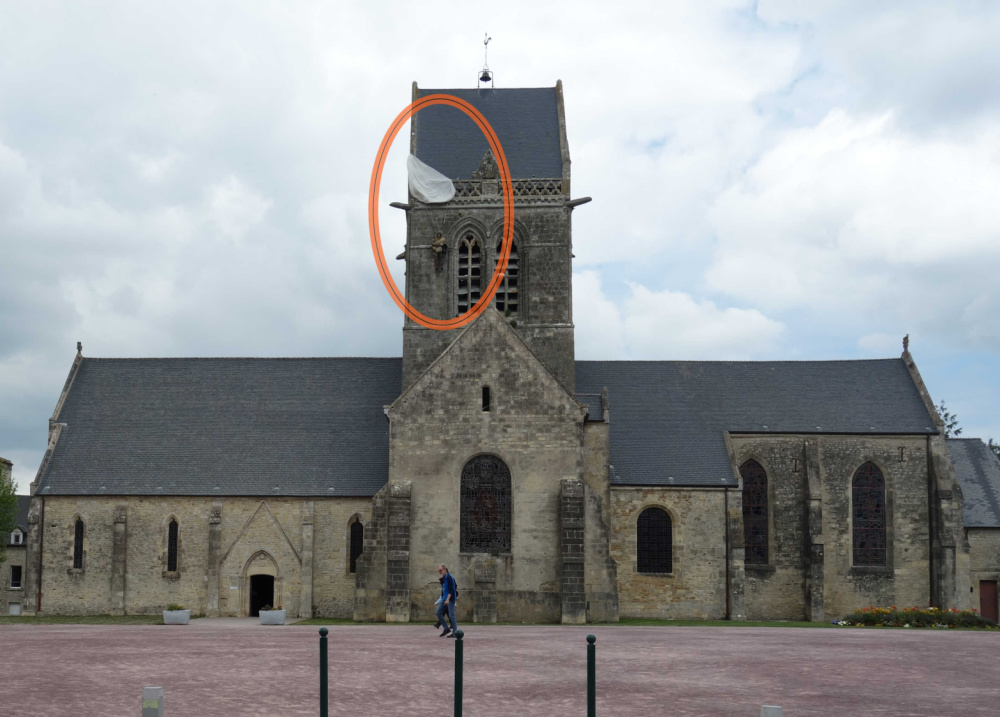 The small town of Sainte Mere Eglise is synonymous with the paratroopers who landed behind the beaches on D-Day to attack the Germans from behind, and particularly familiar from the movie “The Longest Day”.

One paratrooper, John Steele, famously got stuck on the spire of the church, his parachute getting caught. He hung there for two hours, pretending to be dead until he was captured by the Germans. He escaped, rejoining the fighting, and lived to tell the tale. The church has an effigy of Steele and his parachute, which is a popular spot to visit to this day.

Across from the church is the Airborne Museum, designed to bring some aspects of the D-Day invasion to life; you can board a real glider plane and C-47 aircraft with the light and sound effects of being onboard. Details of the invasion preparation through to the battle are presented in engaging exhibits.

For a wider education on the Normandy landings and Second World War, the memorial and museum at Caen is a great place to start. As well as numerous wartime exhibits, the museum explores the wider history of the twentieth century and the fragility of peace. It is well worth a visit during your trip to Normandy.

The D-Day landings saw some of the bloodiest fighting in the entire Second World War, with thousands of young men losing their lives. Their sacrifice enables us to live the free lives we live today, and it is a mark of respect to visit the memorials and battlefields of Normandy, where they fought so gallantly.