What’s the difference between a church, cathedral, basilica, and shrine? 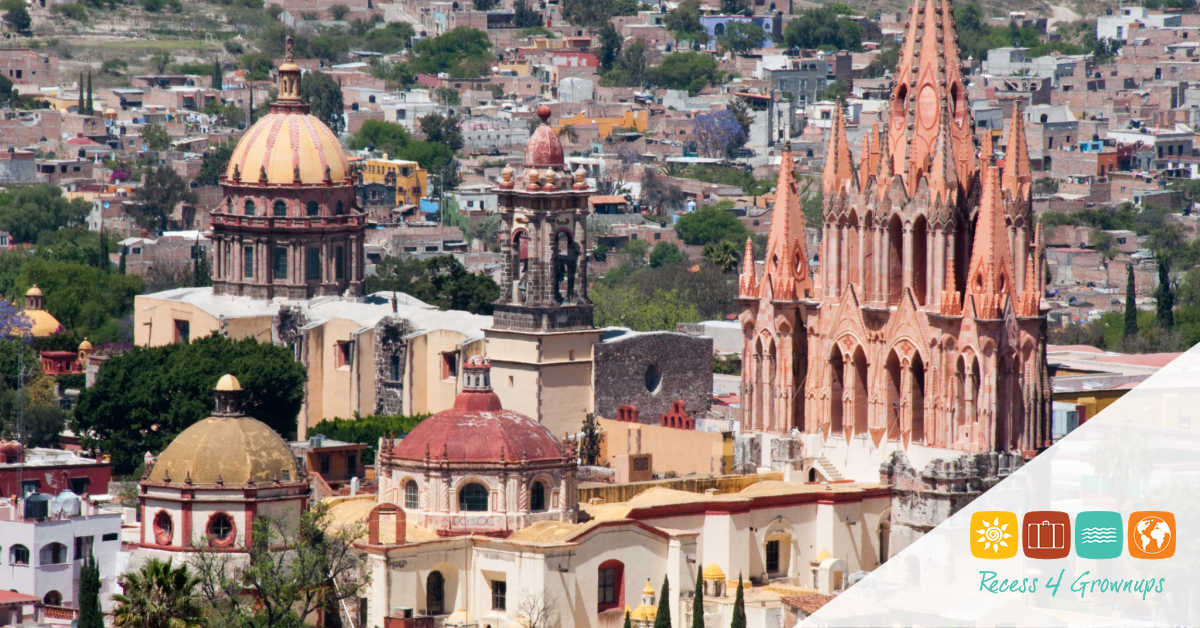 This is a holy week for many, with Passover celebrations that started this past weekend, and Holy Week and Easter this Sunday. That theme inspires this week’s article, answering the confusion of the various church designations we come across in our travels…

What a Cathedral vs Basilica vs Church vs ? 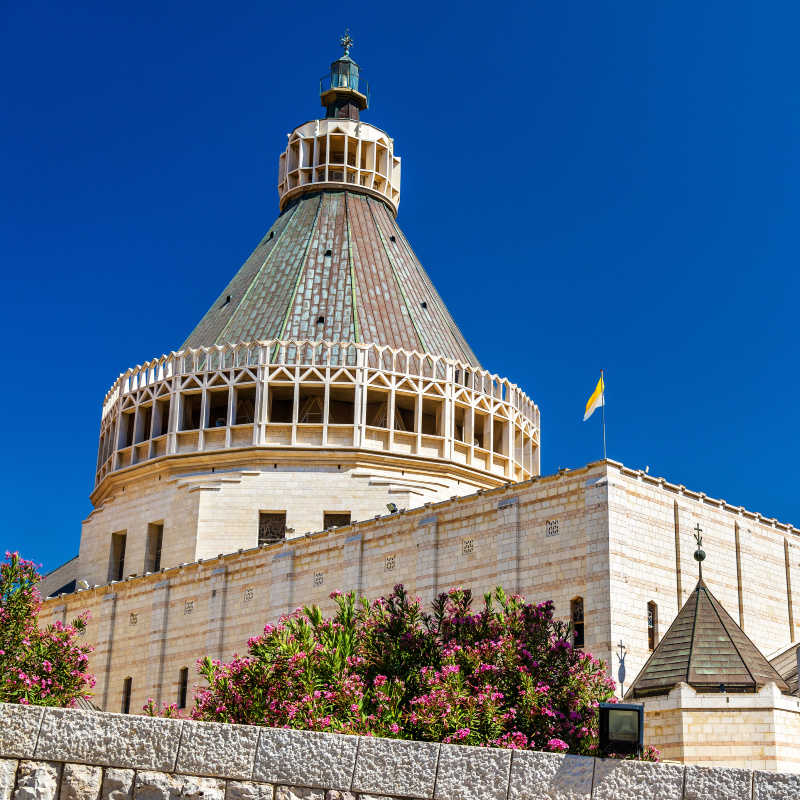 When you are traveling around the world, visiting various churches is typically included in your sightseeing plan, as churches represent the history and culture of a destination, as well as being a source of magnificent art and architecture, beyond their spiritual purpose. But have you ever wondered about the different designations of some of the churches you explore? Why is that one a cathedral and that other one a basilica – what’s the difference? 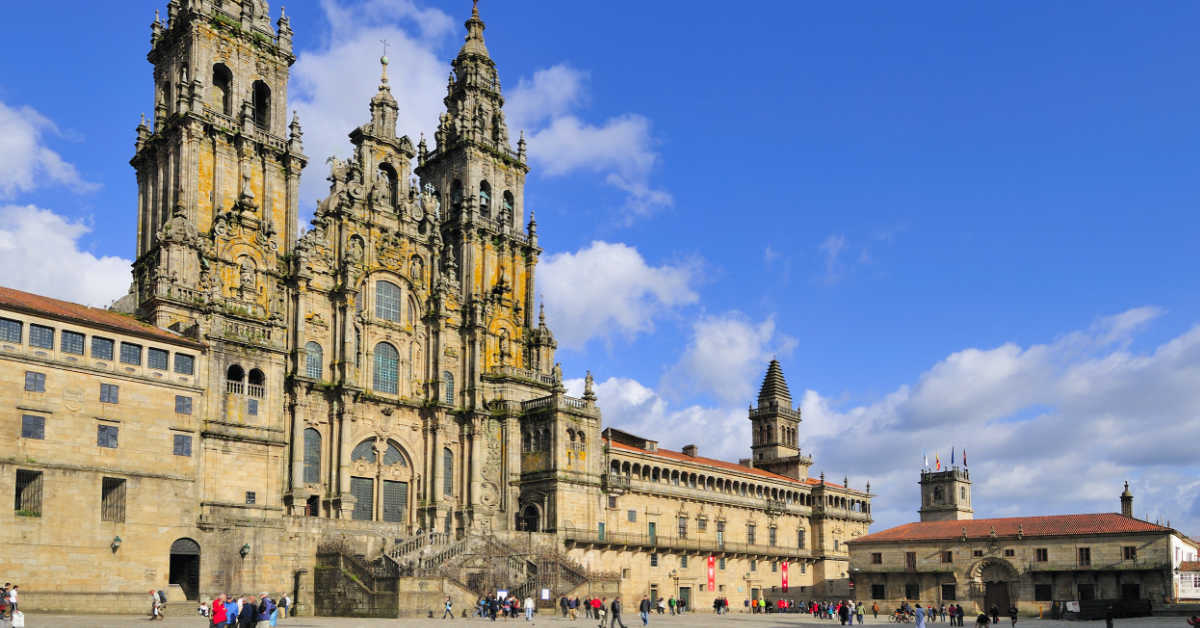 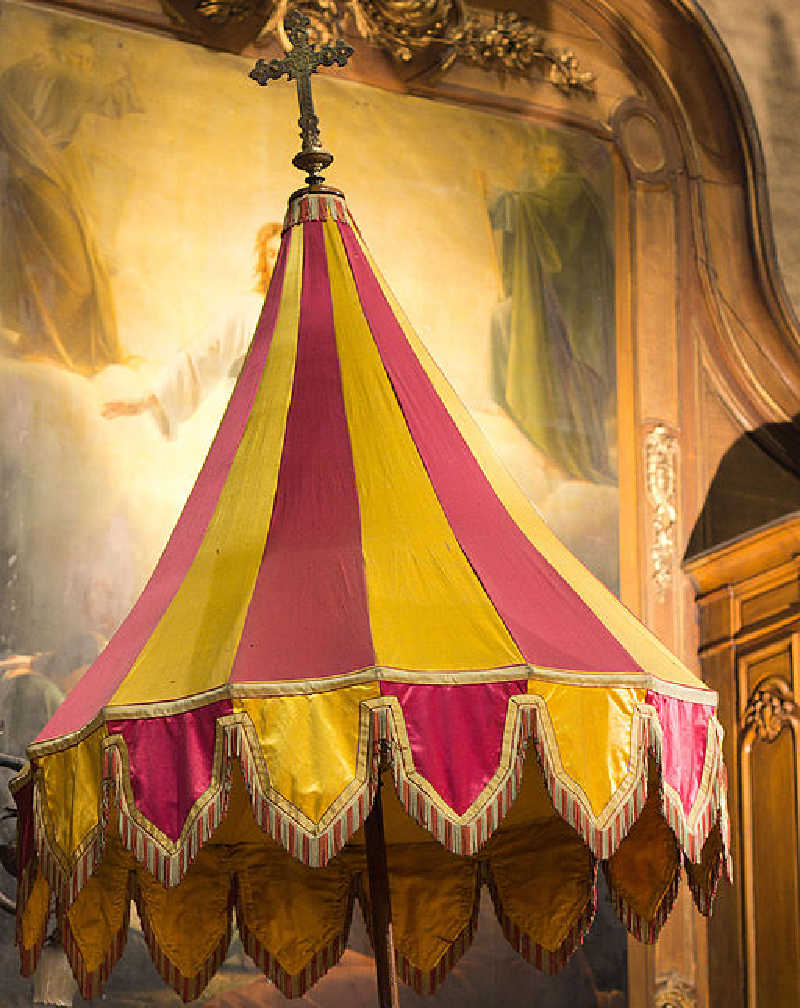 The term basilica is also of Latin origin. In the ancient Roman Empire, basilicas were the great public forums of a city. They were used as a place of public assembly or as a court of law. When the Roman Empire was Christianized, many of these great forums were transformed into places of Christian worship. The Catholic Church held onto the term, later using it as a designation for churches with historic significance, and only the pope can designate the title of a basilica. Basilicas are where the pope meets the people when he visits the diocese where the basilica is located. The pope can visit other places, but the basilica is special in that it has a special chair with an umbraculum, an umbrella-like piece of regalia on the altar that symbolizes papal authority. In addition to papal visits, other special ceremonies in the Church may take place in basilicas, like national vigils and saint coronations. Many basilicas also serve as the cathedral for their diocese, but not all basilicas are cathedrals.

Basilicas are designated as ‘major’ and ‘minor’ basilicas, and there are only four major basilicas, based on their historical significance to the pope and all are located in Rome – St. Peter’s, St. John Lateran, St. Mary Major, and St. Paul Outside the Walls (of the Vatican). All other basilicas are minor basilicas.

Shrines in the Catholic faith are usually built on a spot where a significant supernatural encounter occurred, such as an apparition or a miracle. The shrine is built as a commemoration of the event. For this reason they are popular pilgrimage sites for those seeking a renewal of faith. Some may celebrate a certain title or apparition of Mary. Others may hold significance for being the burial place of a saint. Shrines with special religious, historical and cultural significance are designated as a National Shrine by the National Conference of Bishops. 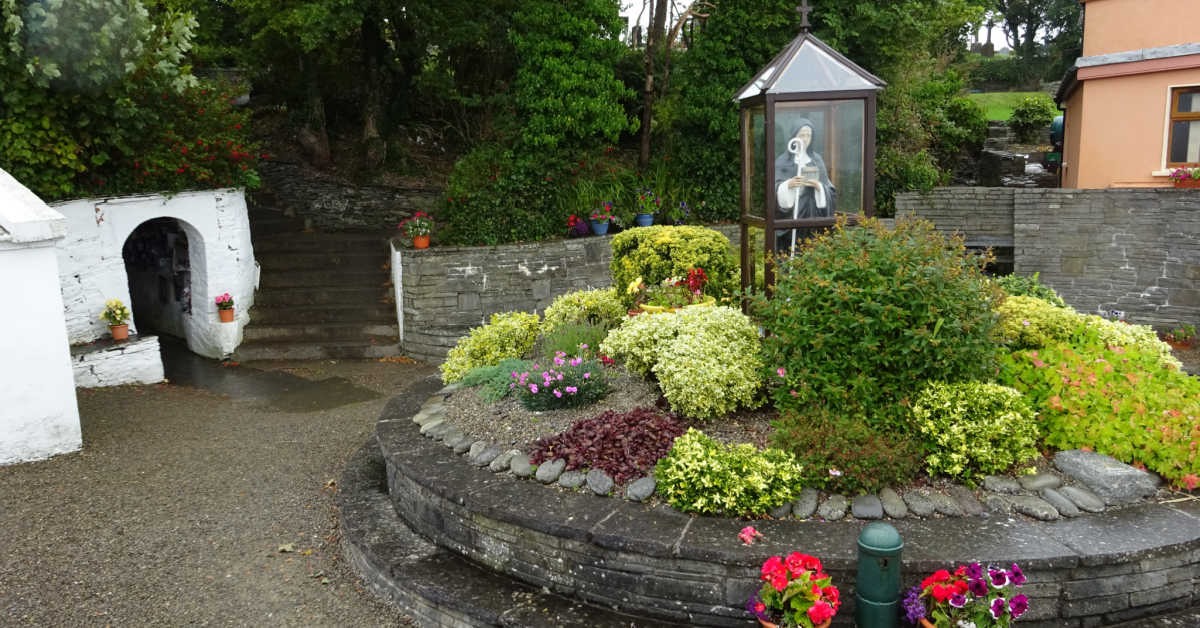 A shrine can also be defined a special place to reflect and pray to draw closer to God, so there are many less formal expressions of a shrine than the larger ones related to an apparition or relic. A grotto next to a parish church or a statue of a saint in a backyard can be considered a shrine. In Ireland, on the drive to the Cliffs of Moher, there is an easy to miss shrine called the St. Brigid’s Well. At this beautiful roadside shrine one can find a statue of St. Brigid and a well, along with a stone grotto where visitors have left prayers, rosaries, and mementos, and there is an area of candles that are lit 24 hours a day. It’s a beautiful surprise to discover during a drive in Ireland. 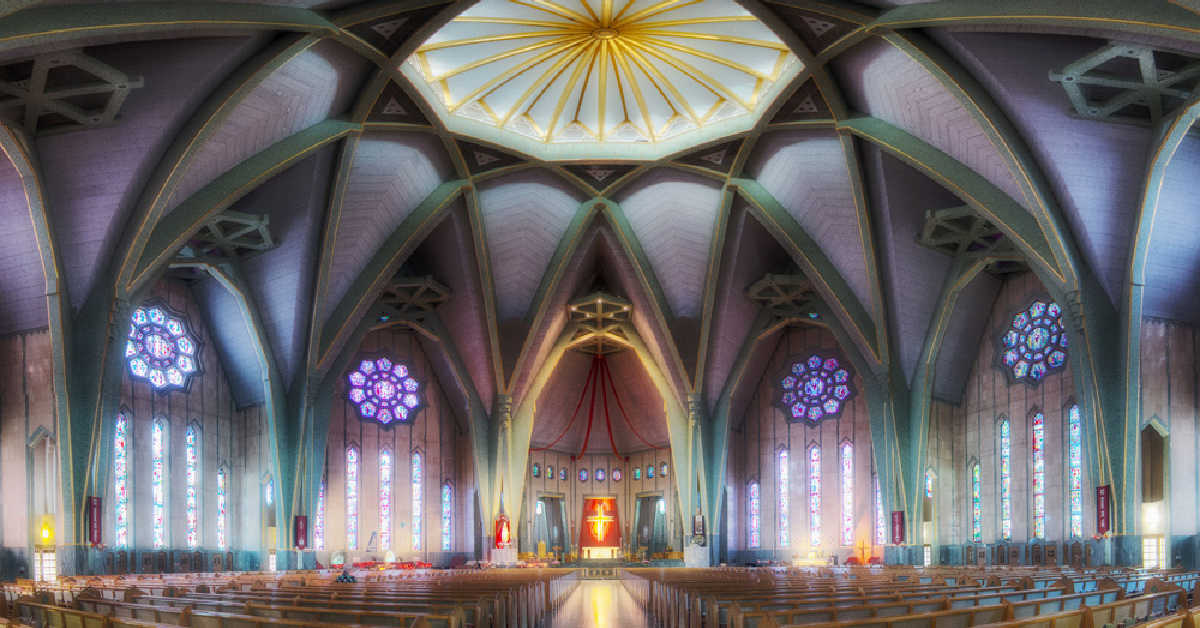 A church, when used to refer to an actual building, is the generic term for a place of worship in the Christian faith. While there is only one Catholic Church, capital “C”, there are many small “c” churches. Traditionally, a steeple, vestibule, nave, and altar were distinguishing factors for most, if not all, churches, but today they take many forms. Some are communal with the pews forming a semicircle around the altar. Others are processional with the pews leading up to the altar. The traditional form of a church was often in the shape of a cross, or cruciform. Its center aisle was designed to symbolize the Way of the Cross, with the Stations of the Cross being placed on the side walls of the church nave. When the priest walks down the center aisle toward the altar at the beginning of Mass, it symbolizes Christ’s walk to Calvary. 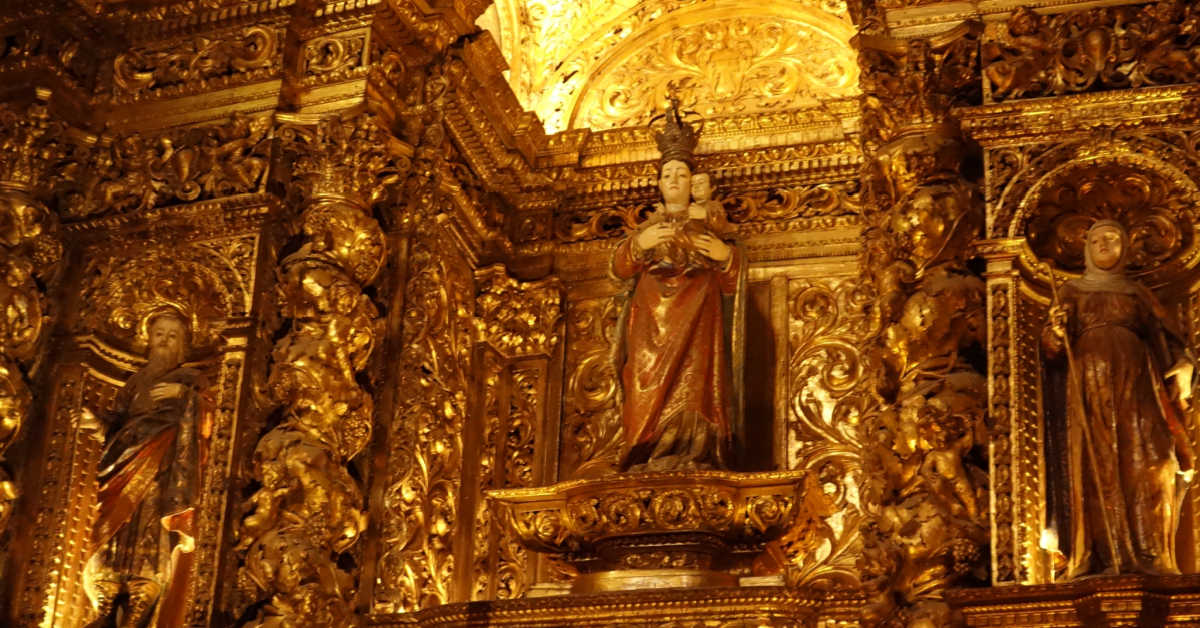 Chapels are usually smaller than churches. Many parishes have chapels inside their main church for daily Mass and/or perpetual adoration of the Blessed Sacrament. Chapels could also be separate from the main church structure. The main function of a chapel is to serve as a location for more personal prayer or worship with smaller groups. Chapels can also be a separate building and not be affiliated with a larger church. A chapel doesn’t have a permanent priest assigned. 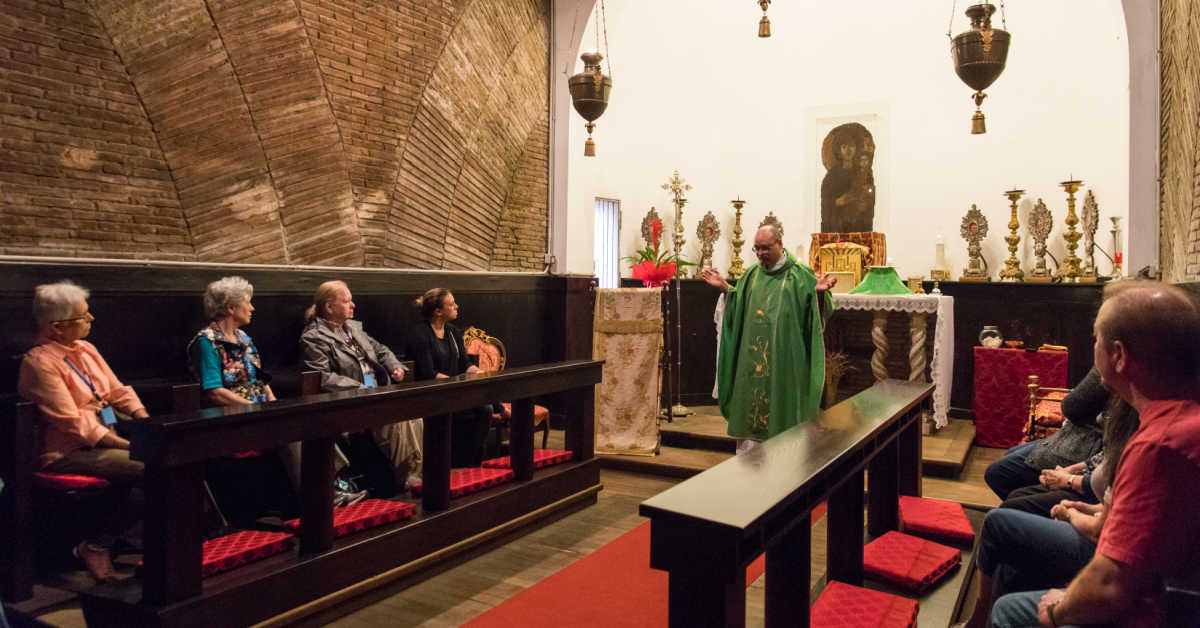 Many cruciform churches have side chapels that are often located to the left and right of the main altar; in many European churches, you’ll see numerous side chapels dedicated to various saints.

In other churches, chapels may be located behind the main altar, in the basement of the church, or somewhere near the main church. When our pilgrimage group went to Italy, we had Mass in one of the chapels below St. Peter’s Basilica, and on another day in a chapel in a labyrinth of hallways behind the main alter of the Parthenon. 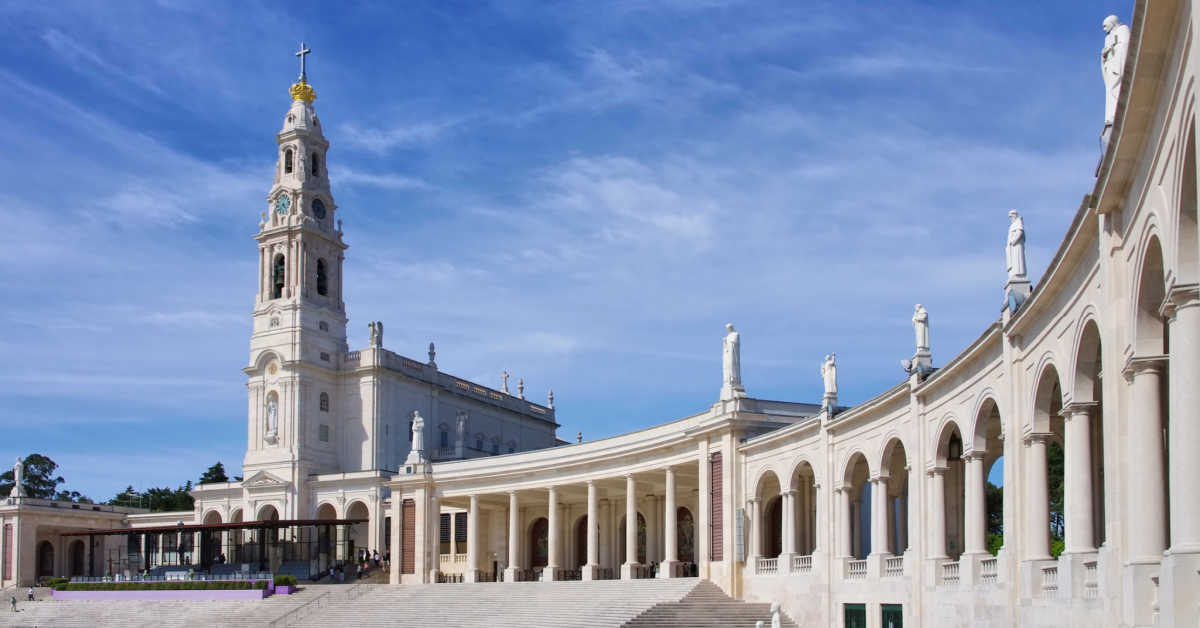 While these terms are all distinct, they are not mutually exclusive. For example, the Shrine of Fatima in Portugal, is a place of pilgrimage based on apparitions of Mary in 1917. The site includes the Chapel of the Apparitions, the Basilica of Our Lady of the Rosary, the Basilica of the Most Holy Trinity, and many other chapels for prayer, official programs of the Shrine, and specific practices such as adoration and Penance.

I hope this provides some insight and background to the variety of churches you will visit, and makes your next trip more interesting. 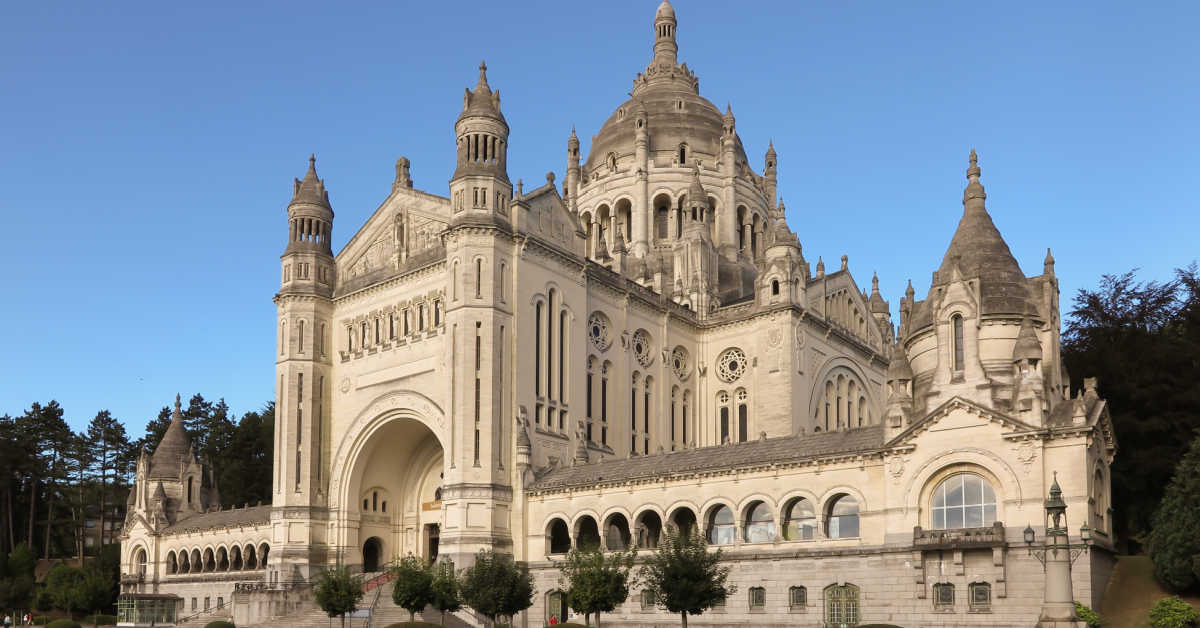