Visiting the Pyramids of Giza in Egypt 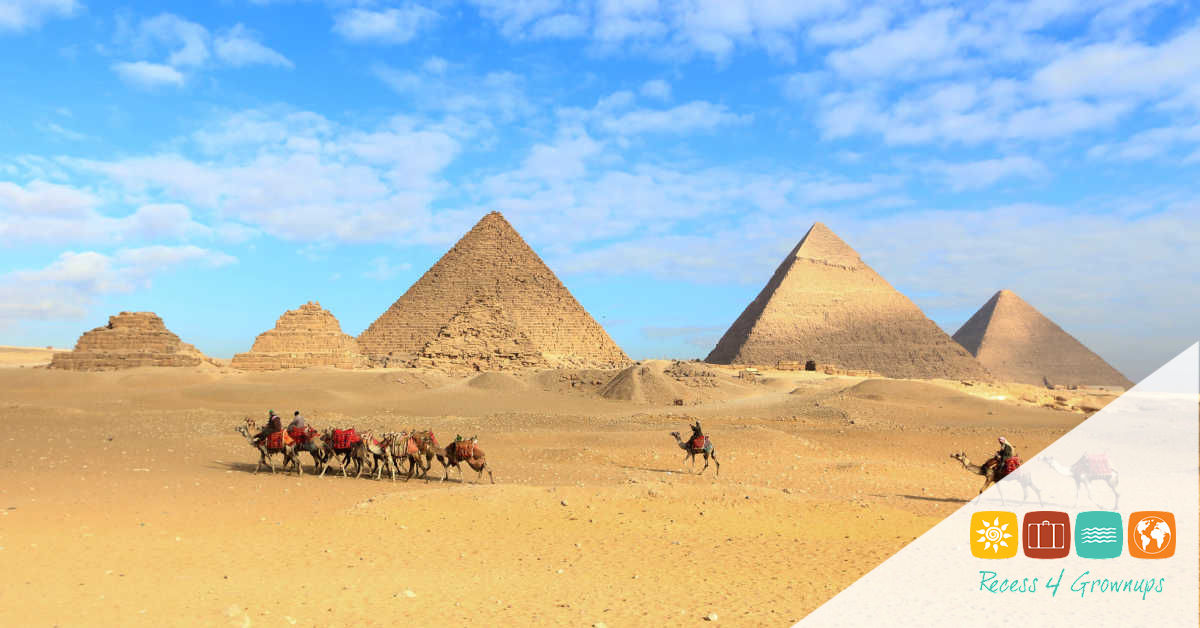 Egypt is a top bucket list destination on any travel list and was the number one selection from a client survey I did last year, and I’m excited to host the Ultimate Egypt trip in February 2022. The Pyramids of Giza are an intriguing attraction, so here’s a bit more about why that is….

Visiting the Pyramids of Giza in Egypt 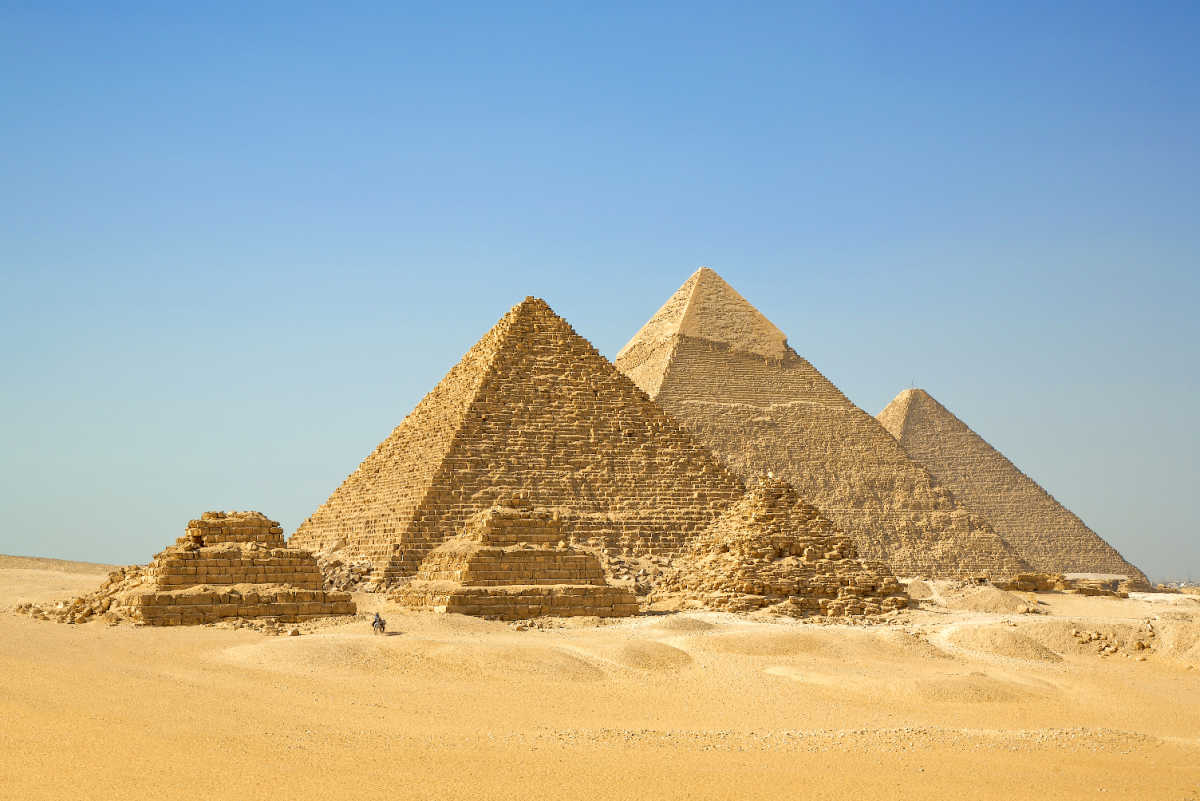 They are arguably the most famous man-made structures in existence. Recognized the world over for their incredible size, shape, and longevity. The Pyramids of Giza in Cairo, Egypt date back around 4,500 years. They are the only surviving member of the original Ancient Seven Wonders of the World, which included such masterpieces as the Hanging Gardens of Babylon and the Lighthouse of Alexandria. Visiting the Pyramids is sure to be the jewel in the crown of any visit to Egypt. But what were they built for? And what is it like to visit them?

What are the Pyramids of Giza and What Were They for?

The archaeological site which is termed the “Pyramids of Giza” includes three pyramid complexes and the iconic Sphinx, the famous statue depicting a half man, half lion mythical beast. In ancient Egypt, the Sphinx was regarded as a protector, with the strength of a lion and the intelligence of a man. It has been missing its nose since an act of vandalism in 1378 CE, for which the perpetrator paid the ultimate price – he was executed. 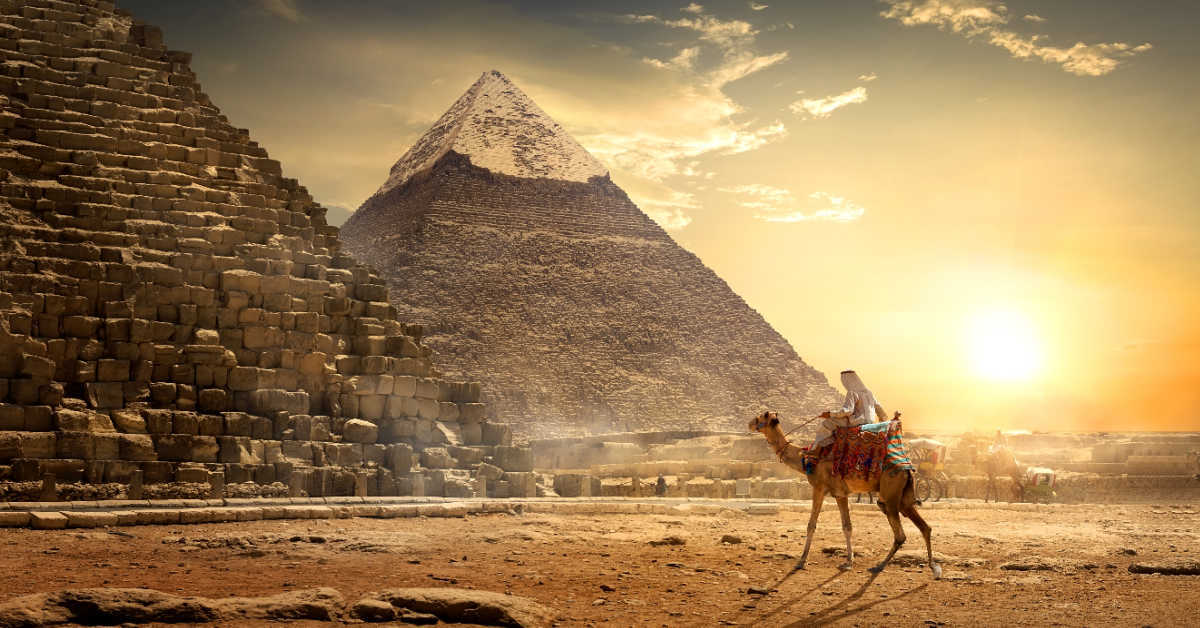 The oldest and largest of the three pyramids is Khufu, which was constructed using more than 2.3 million blocks. The other two pyramids, Khafre and Menkaure are equally as impressive and all three were built as tombs for some of Ancient Egypt’s most famous and revered pharaohs. Inside the pyramids, a warren of passageways leads to burial chambers where the tombs were originally uncovered. It is even possible to enter the pyramids, as long as you don’t get claustrophobic in enclosed spaces.

Today, archaeologists and Egyptologists believe that the Great Pyramid of Khufu was built as a tomb for the pharaoh of the same name, sometime in the 26th century BC. For more than 3,800 years, it was the tallest man-made building in the world, and was originally cased in a smooth white limestone exterior, which would have been something to behold. 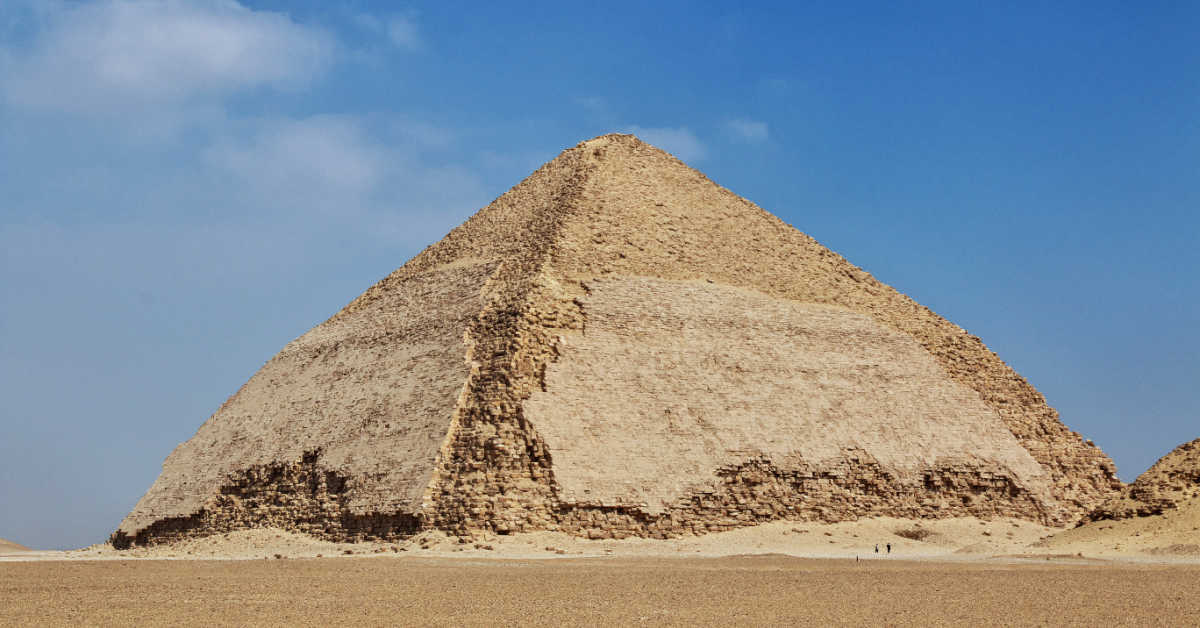 As well as the other two grand pyramids, there are a collection of smaller ones in the area, for Khufu’s wives and a number of less prestigious “mastaba” tombs, which were designed for noblemen of high stature, though nothing compared to that of the pharaohs!

What else is there to see?

Though the Pyramids of Giza are the most famous, there are actually more than 130 known pyramids across Egypt, all dating back from different eras and housing the tombs of different rulers.

The Pyramid of Djoser at Saqqara, for example, dates back even further than the Pyramids of Giza. There’s also the Red Pyramid at Dahshur, and the Bent Pyramid, thought to be the first pyramid ever attempted, which collapsed in on itself thanks to the overuse of clay in its construction.

As you can see, you won’t want to arrive in Cairo and head straight to Giza, there are plenty more wonders to see in the vicinity, and many travelers like to save the jaw-dropping Pyramids of Giza until last.

When you do arrive at Giza, you’ll want to take some time to explore. An expert local guide will really enhance your experience, as they will be able to share much of the great history of the structures. It is now that you decide whether or not you’d like to enter inside one of the pyramids. It is perfectly safe and a wondrous experience, but it isn’t for the faint-hearted!

Is there any more to Egypt? 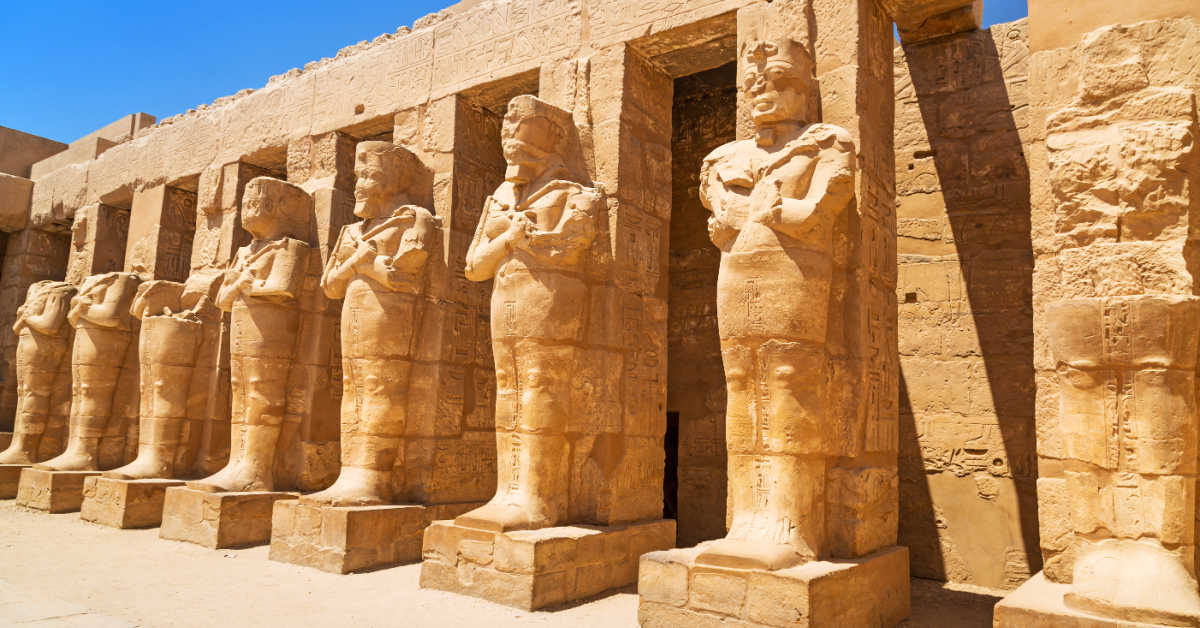 Cairo and the Pyramids of Giza are just the tip of the iceberg when it comes to the ancient wonders of Egypt. Other iconic sites include Karnak Temple in Luxor, the tomb-strewn Valley of the Kings and the mighty River Nile, the lifeblood of both Ancient Egypt and modern-day Africa.

There are also numerous fantastic museums, including the Grand Egyptian Museum, due to open its doors in the next few months. This museum will be the most extensive in Egypt’s history, displaying all manner of artefacts including the famous gold burial mask of Tutankhamun. It will also make use of modern technology such as virtual reality, in order to enhance the customer experience. 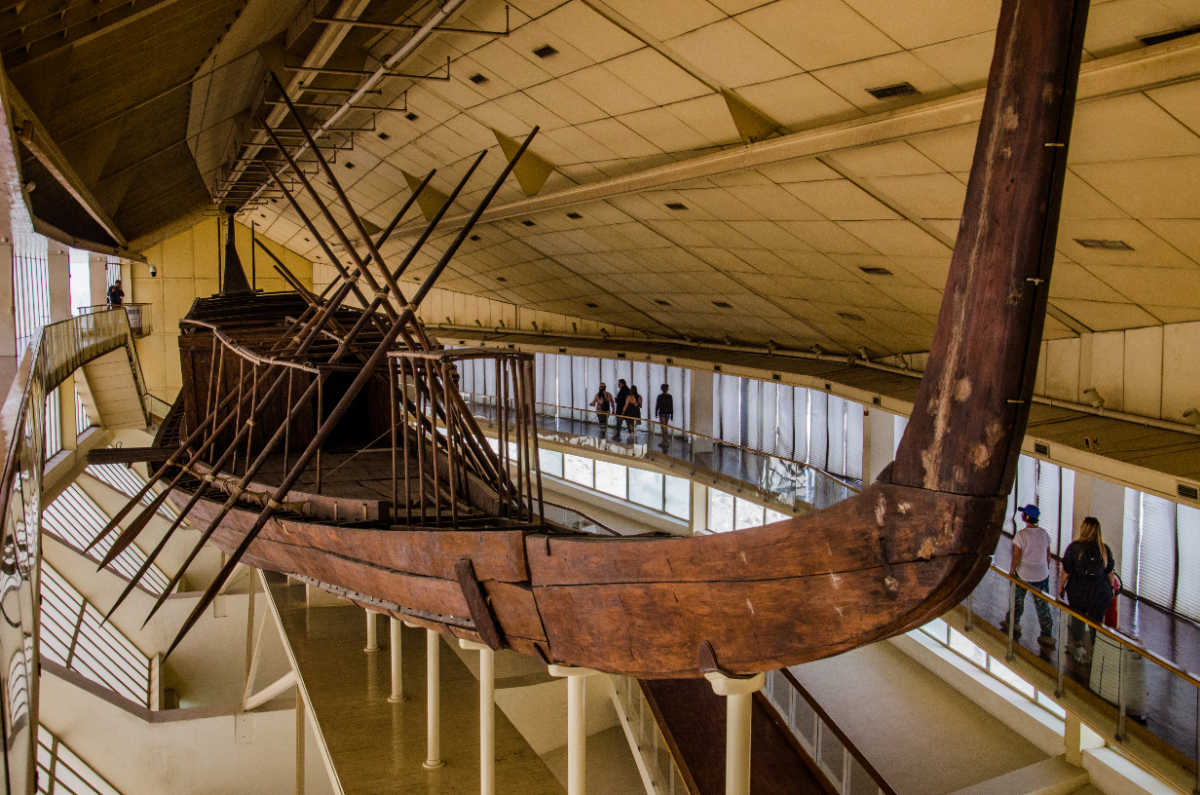 The 138-foot-long solar boat found buried next to the Khufu Pyramid in 1954 was recently moved from Giza to the new Grand Egyptian Museum. Built from Lebanese cedar, this incredible vessel had been sealed in the pyramid for thousands of years and was very well preserved.

While the Pyramids of Giza rightly take top spot in most people’s must-see lists of Egypt, the historical context of the development of the pyramids, along with so many other ancient sites around the Nile River, the whole of Egypt offers a collection of amazing experiences.