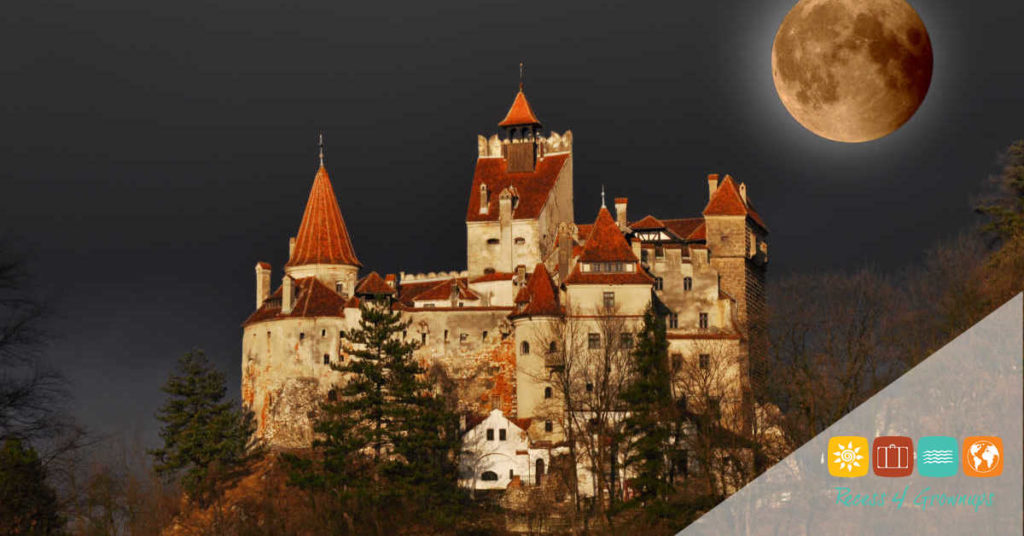 The upcoming Halloween holiday inspires this week’s article about destinations that provide spooky and thrilling sights related to a classic horror figure.

First mentioned in European folklore around the mid-1700s, vampires have terrified and intrigued us mere mortals for centuries.

When Bram published “Dracula,” a novel that was seven years in the making, little did he know the impact that his beloved novel would have on the world. Today, Dracula makes up the very fabric of pop culture and has been adapted across every available medium, from Japanese anime to Hollywood’s take on it. And it’s the go-to Halloween costume.

The story of Dracula is set in the foggy, mountainous area of Transylvania. With the dramatic and frightening creation of Dracula, some might assume that Transylvania is also an invention, but it’s actually a region of Romania. Most of the locations mentioned in the novel are based on actual sites, making a visit to Romania highly recommended. 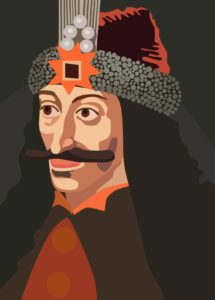 Stoker was influenced by the historical stories of Vlad Tepes, a fifteenth-century prince who was famous for using a wooden stake to kill his victims. His unconventional mode of murder led to the nickname Vlad the Impaler, or more famously, Dracula.

Rising majestically out of a forest of lush trees and foliage, Bran Castle is an integral part of Dracula’s folklore. Legend has it that Vlad the Impaler spent a couple of nights at the castle. Even without the eerie Dracula, the medieval castle is a stunning piece of architecture that offers visitors a refreshing peek into a bygone era of knights and ballroom feasts. The lush forest around the castle is great for a quiet walk while the vivid foliage makes for a great Instagram shot. 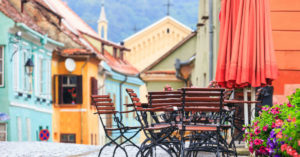 Romania, and especially Transylvania, has an abundance of historical sites. The highlight of the region is Sighisoara, a UNESCO site. Once a key trading route, the town has seen everything from great fires to sieges to religious reformations, so whether on a vampire trip or simple sightseeing, Sighisoara is an awe-striking place to be.

The pastel-colored structures, stone-paved back alleys, as well as the medieval towers that make up the skyline are captivating. Fortified walls protect the town and its merchant houses, which are now home to craft shops, hotels, and cafes.

Don’t let the bright and upbeat town fool you; this is also the birthplace of Vlad the Impaler. The house that he was born in is still open to visitors today. The oldest building in the town, it today houses a medieval-themed restaurant and a small museum.

Located just 40km north of Bucharest, Serpentine Snagov Lake is a popular weekend treat for the residents of the capital. The endless opportunities for water activities like fishing, boating, and swimming, coupled with an idyllic semirural vibe, make it a lovely place to retreat from the world. 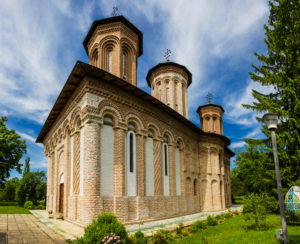 But the lovely setting has a dark secret out on the lake. A tiny island on the lake hides Snagov Monastery – local folklore has it that this is where Vlad Tepes was laid to rest. At first glance, the monastery looks like a simple place of worship, taking advantage of the area’s serenity. However, ever since it was built in the fourteenth century, many of the island’s structures have been mysteriously destroyed, some even sinking into the lake. This has led many to believe that the island is cursed.

While the novel Dracula takes place in the rolling hills of Romania, Bram Stoker was actually influenced by locations around Dublin, Ireland and the surrounding countryside. From crumbling monasteries to creepy tenth-century burial vaults, 18th century Ireland had plenty to inspire the author. And what better way to celebrate your spooky October than set off on an Irish vampire sightseeing tour inspired by literature’s most famous bloodsucker.

Held every October (virtually this year), the Bram Stoker Festival celebrates the supernatural, the gothic, and Bram Stoker’s lasting legacy by turning the city into a horror show. To celebrate, Dublin’s residents take to the streets in their most horror-inducing costumes, so expect a city awash with zombies, vampires, Goth fiends, and your deepest horrors!

Within the Gothic-themed program guide are plenty of indoor and outdoor shows. Over four days, the entire city explores a variety of family-friendly adventures and activities geared towards couples, friends, and everything in between.

Embark on seances in complete eerie darkness, explore devilish foodie tours, immerse in dress-up screenings, or try your hand at memorable water spectacles. Topped off with literary events such as book readings and debates, live music, fantastic theatre performances, and the most Instagram-friendly moments, Bram Stoker Festival is an exhilarating festival chockfull of adventure.

Prepare for yourself for a spine-chilling tour of Castle Dracula and meet the characters who were in the fabric of the novel. Consistently voted amongst the top places to visit in Ireland, Castle Dracula is easily one of the most unique and fascinating attractions in the country.

Learn fascinating tidbits about Bram Stoker as you journey through the Spinning Bridges pass the Vampire Courtyard to the ‘World’s Only Graveyard Theatre’ for an enthralling show.

During your tour, special effects and live actors will tell Dracula’s story and how the legend is connected to the surrounding regions of Ireland and England. The story goes that The Demeter, a Russian ship ran aground by Whitby Harbor. Mysteriously, the ship’s crew were found lashed to the helm. Some also claimed that a black dog jumped to the shore and ran away. A dog is considered to be one of the many forms that a vampire can shapeshift into. Count Dracula has come to England.

Dating back to 1095, St. Michan’s Church Crypts ranks among the oldest churches in Dublin, but that’s not why it is on this list. What does make this medieval church interesting is the crypt it sits on.

Beyond a metal chained doorway and up a limestone stairway, you will find yourself in the midst of an eerie and spookily empty burial vault, now the resting place to Dublin’s most famous citizens such as the Earl of Leitrim. 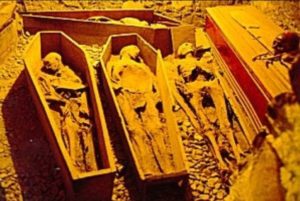 Coffins are precariously stacked, and if that does not unnerve you, the open caskets with skeleton remains staring back at you are enough to make the hairs on your neck stand up. The St. Michan’s Church Crypts were frequently visited by Stoker, who is said to have used the setting as inspiration for his Gothic novel.

While this year may keep us from exploring the world, think about celebrating next Halloween immersed in the scary and spooky sights associated with Dracula and enjoy the thrills of experiencing these authentic locations in Romania and Ireland.