The Temples and Shrines of Japan 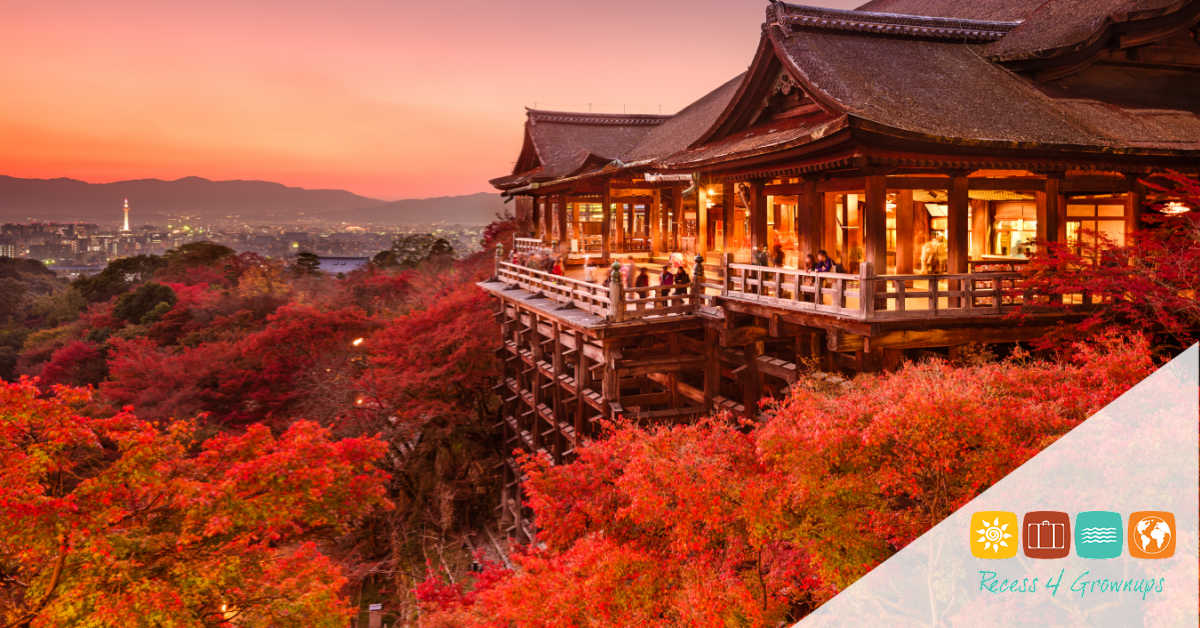 A few years ago, I wanted to travel on a particular cruise line to evaluate it for my clients and groups, and the only window of time I had was in August. I had no interest in going to Japan, but it was the cruise itinerary that fit into my schedule, so I booked it. And Japan become one of my favorite destinations ever.

Japan’s culture is so intriguing, yet still familiar to us, and it’s a fascinating place to explore. If you travel there, you’ll find that visits to various temples and shrines are an inherent part of your sightseeing. My love of traveling in Japan inspires this week’s article…

The Temples and Shrines of Japan

One of the most intriguing aspects of Japan is the abundance of shrines and temples spread throughout the country. From the extravagant and famous landmarks to the hidden and humble neighborhood versions, these temples and shrines draw tourists from around the world. These two types of locations are often grouped together and treated as one entity; however, there are many differences between temples and shrines. These differences are crucial, yet often work together to create a unique blend of religions and culture in Japan. 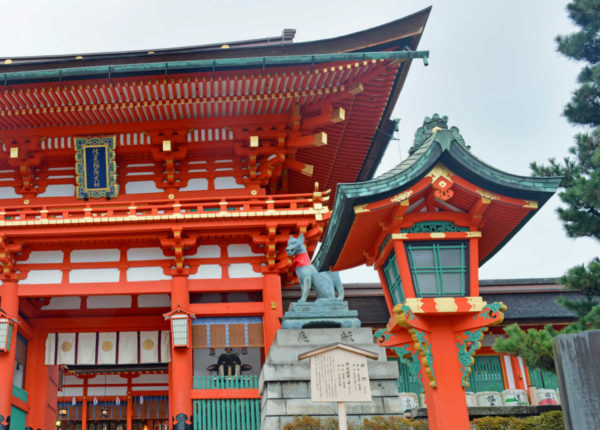 The first, and perhaps most important thing to remember is that shrines are a place of worship in the Shinto religion. Shinto is a religion that dates back to ancient Japan and is strongly connected to nature. The religion worships many gods which are present in mountains, rivers, forests and more. Most Shinto shrines are dedicated to a specific god, or a category of gods and the location is chosen based on a specific religious ceremony or sacred object connected to that place.

Shrines are commonly recognized by their large torii gates marking the entrance. These signify crossing from the ordinary world into a spiritual, blessed place. Torii gates are usually made of wood and often colored with the recognizable bright vermillion red. Shinto shrines don’t display physical representations of the gods due to the belief that deities are present in all things and do not require reproduction. 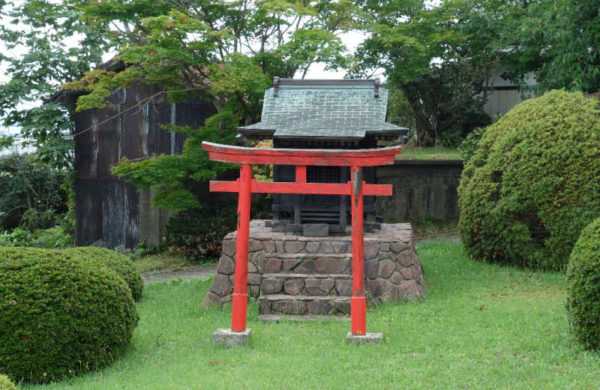 Shrines are often considered simpler in design than temples, although large imperial shrines can equal the detail of temples. It is common to offer a donation before praying at a Shinto shrine. 5yen coins are popular for this purpose, as the name in Japanese (go-en) is a homonym for ‘good luck’ or ‘good fortune’, a common hope.

While shrines are the sacred places of Shintoism, temples are places of worship for Buddhism. Buddhism was first introduced to Japan in the 6th century. Throughout history, Buddhism and Shintoism have alternated being the primary religion of Japan. In modern society they are considered equally important. Many Japanese people don’t consider themselves strongly associated with either religion and will visit both temples and shrines indiscriminately.

Buddhist temples will often have a physical representation of the Buddha in the form of a statue. Temples also have a large gate; however, temple gates are large and wide and often look more like a building rather than the simple structure of a torii gate. Temples often have an accompanying cemetery, as funerals are held at temples while traditional weddings are held at shrines. This means that there is often incense burning at temples as an offering to the dead. 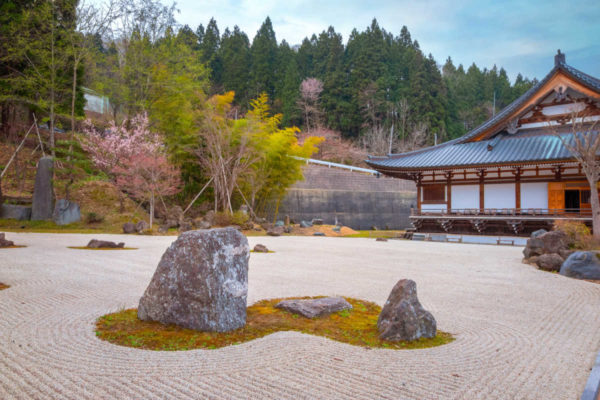 A frequent feature of temples is the presence of a rock garden, which are designed to be viewed from the temple for meditation and thoughtfulness. The rocks are raked into a specific design based on symbolism and spiritual representation.

After Buddhism was introduced to Japan, many Shinto shrines were taken over and converted to Buddhist places of worship. While most have since reverted to their original state, some aspects of Buddhism have remained. Parts of Shintoism have also filtered into some Buddhist temples.

What you can expect while visiting temples and shrines 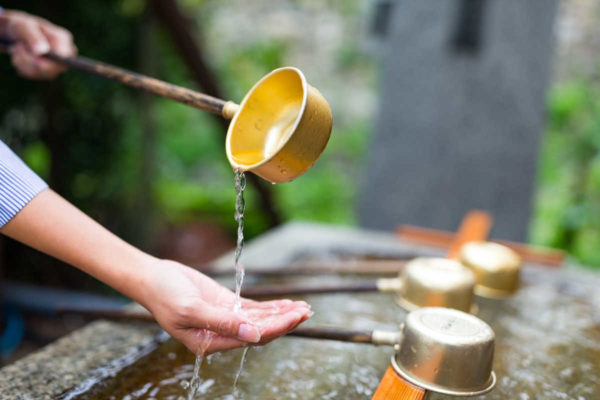 Purify your hands and mouth. It is common to see a purification water trough at both temples and shrines. This is a trough of water found near the entrance of a shrine or temples with a number of wooden ladles. It is customary to follow a ritual to wash your hands and mouth to purify yourself before entering a spiritual place. This practice stems from Shinto beliefs but it is now common in temples as well.

Ema Plaques. Emas are small wooden plaques on which visitors can write a wish or hope for the future. They are traditionally shaped like a house and used symbolic imagery to convey wishes but currently many shrines and temples have uniquely shaped Emas with seasonal or location-based imagery. Emas were originally part of Shintoism and so are usually found at shrines. However, it is not uncommon to see Emas at some temples. 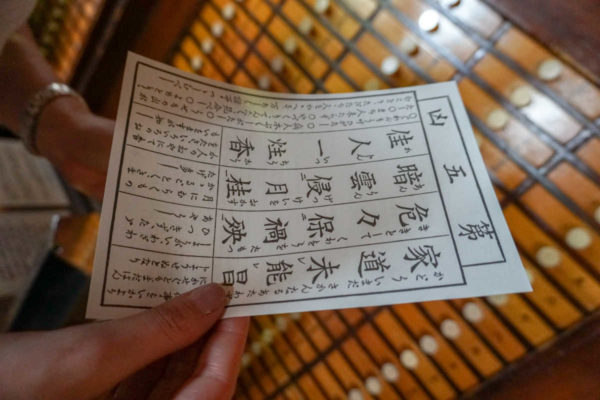 Draw an Omikuji (Fortune Slip). Another aspect common to both shrines and temples are omikuji, or fortune slips. The traditional method for collecting a fortune slip is by shaking a box of sticks, selecting one with a number which corresponds to a small, folded slip of paper. The paper will give a fortune ranging from ‘great fortune’ to ‘great curse’. There is usually further information given about various aspects of one’s life, including love, family and work. Some shrines and temples now use different methods to select omikuji, but they are a common feature throughout both religions.

Shrines and temples demonstrate an interesting case of two religions living side-by-side peacefully. Their architectural beauty and natural surroundings encompass Japan’s unique culture, and shouldn’t be missed on your visit. 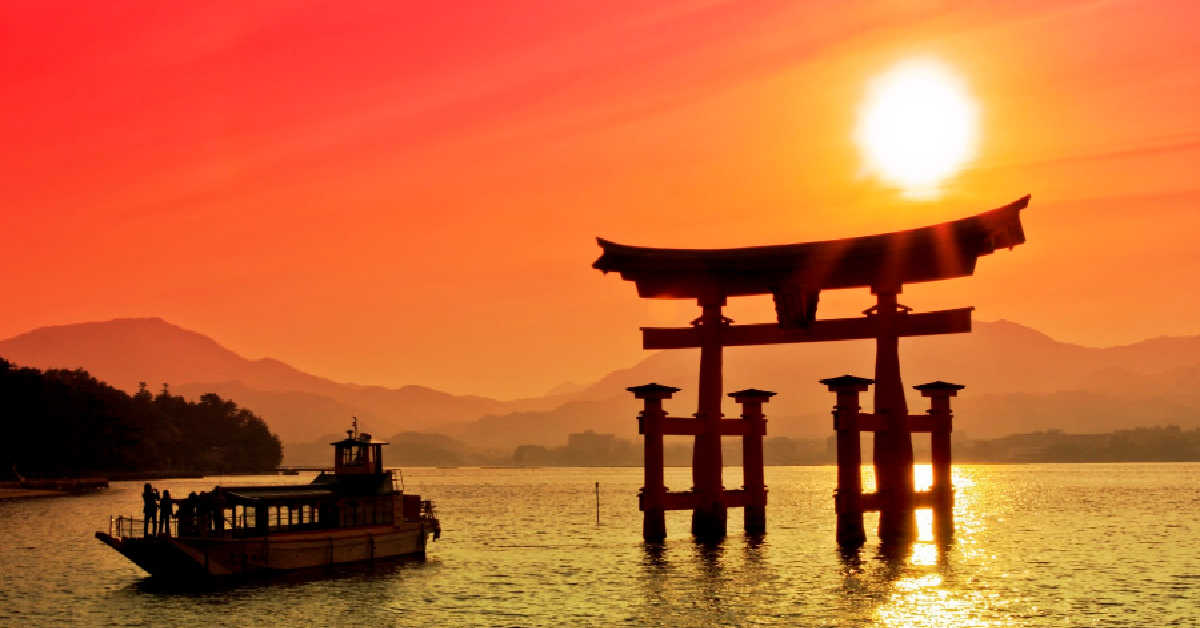