The Taste of Greece 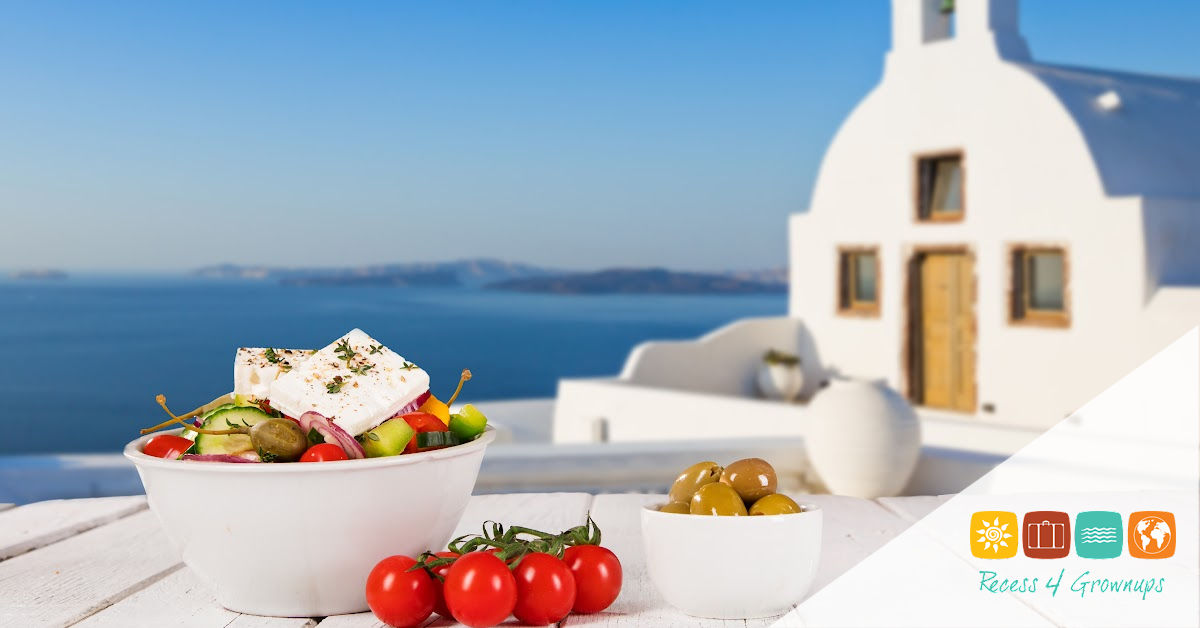 Since Greece is one of my favorites, and a great destination right now as it is quite easy to navigate the Covid rules, I thought I would tempt you with all of the fabulous food that you can enjoy on a trip to Greece…

The Taste of Greece: An Introduction to Greek Food & Drink

Greek food is without a doubt one of the star attractions when visiting the country. Each city and island has its own specialties and there’s plenty of good wine to wash it all down with too. Fresh ingredients and simple recipes mean it’s hard to go wrong when dining in local restaurants in the country. 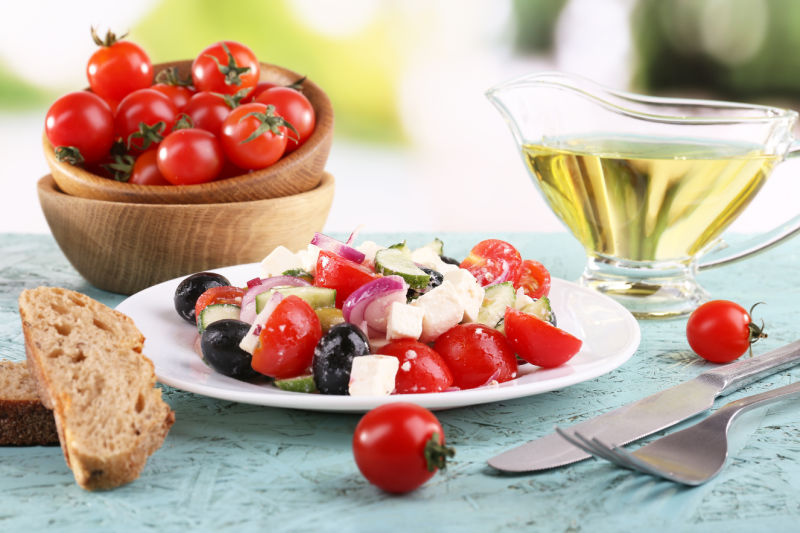 A lot of Greek food is available here in the US, but there is nothing like eating it at a sidewalk café in Greece. And some dishes have been ‘Americanized’, so it’s interesting to taste the authentic version. We had lunch in a private home in Mykonos, and were treated to delicious food, including a Greek salad. One thing we learned – real Greek salad has no lettuce. The key ingredients are tomatoes, feta, onions, cucumber, olive oil, but there’s no lettuce. Tasting a Greek salad with truly fresh ingredients put us on a mission to have Greek salad in almost every port we stopped in.

Greece is open and readily accepting visitors, and besides the historic sites and beautiful islands, the food is another reason to visit. I’ll introduce you to some of the country’s most popular dishes, so you know what to expect from the menu when you arrive for your Greece vacation. 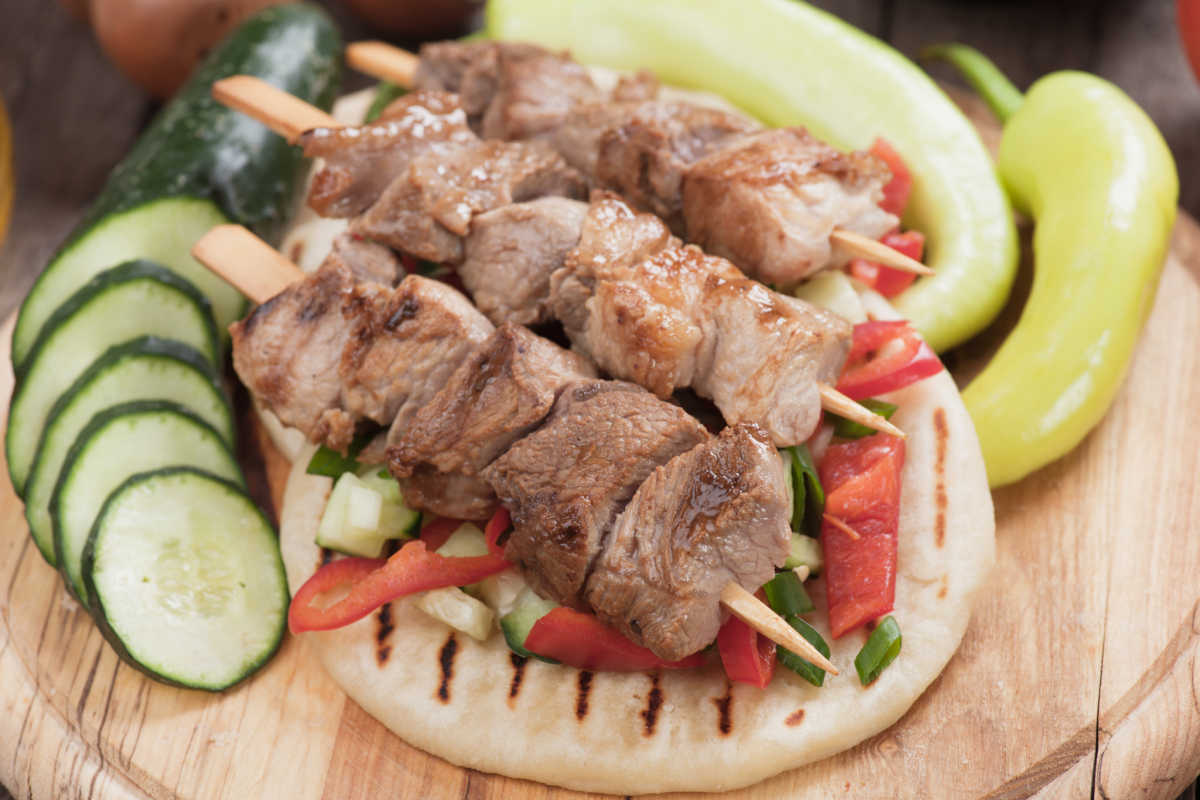 Souvlaki is one of Greece’s favorite foods. Chargrilled and spit-roasted meat is the key ingredient here. Usually lamb, chicken, or pork, the meat is served with chopped and seasoned tomatoes and onions in a pita bread, splashed with a generous serving of tzatziki – it’s very similar to what we call a gyro here in the US. It can also be served on skewers. And vegetarians can enjoy a variation of the dish, with eggplant, peppers and mushrooms often used in the veggie version of the dish. Popular for lunch or a quick snack on the go, you won’t have to go very far in Greece to stumble across this local favorite. 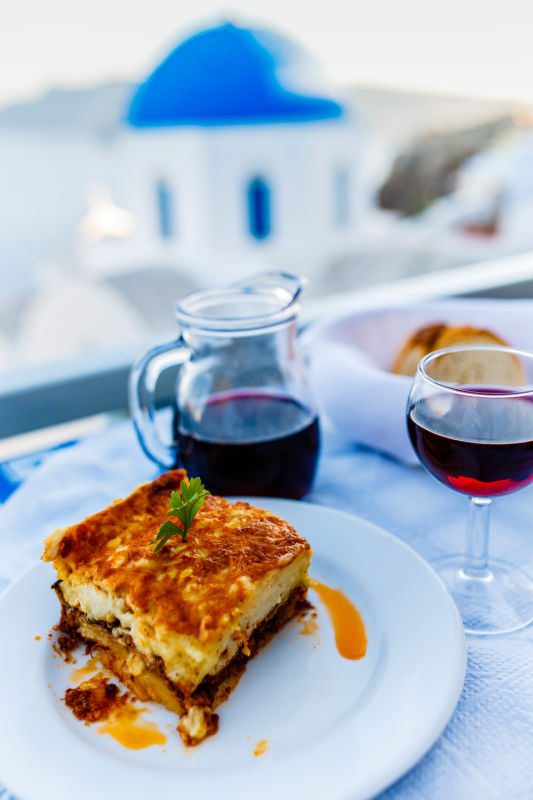 You’re probably familiar with this one. As one of Greece’s most well-known exports, moussaka is now a familiar entry on restaurant menus around the world. Many Mediterranean and Balkan countries also claim moussaka as their own. But the traditional Greek version of the dish consists of eggplant, lamb mince, potatoes and fried onion, garlic and spices being layered on top of each other and crowned with a bechamel and cheese topping – basically, Greek lasagna. A firm favorite with vegetarians, it is easy to forgo the lamb if required.

Saganaki is commonly eaten in Greece as a starter, and the cheese used in this dish varies by region and even by restaurant. Halloumi, feta and graviera are all used in the dish. Saganaki involves frying cheese until it is beautifully crisp. Incredibly simply but mouthwateringly delicious. Sometimes the cheese can be combined with other ingredients, such as tomato or shrimp, but this isn’t a necessity. Plenty of Greeks and travelers alike find they prefer the dish to contain nothing but cheese. 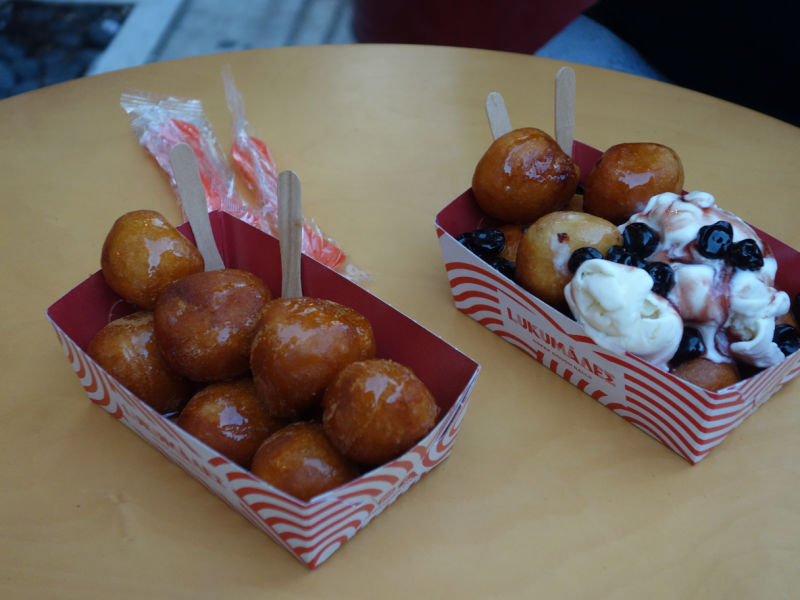 When it comes to dessert, Greek cuisine has a few surprises up its sleeve. Loukomades were the world’s first donuts and were eaten by athletes at the early Olympic Games in Olympia in the year 776 BC. The simple recipe is virtually unchanged since these ancient times.

Round balls of dough are fried until golden brown and then flavored with honey and cinnamon. For extra sweetness you can add a dusting of powdered sugar or maybe some ice cream, and presto, the perfect Greek dessert! 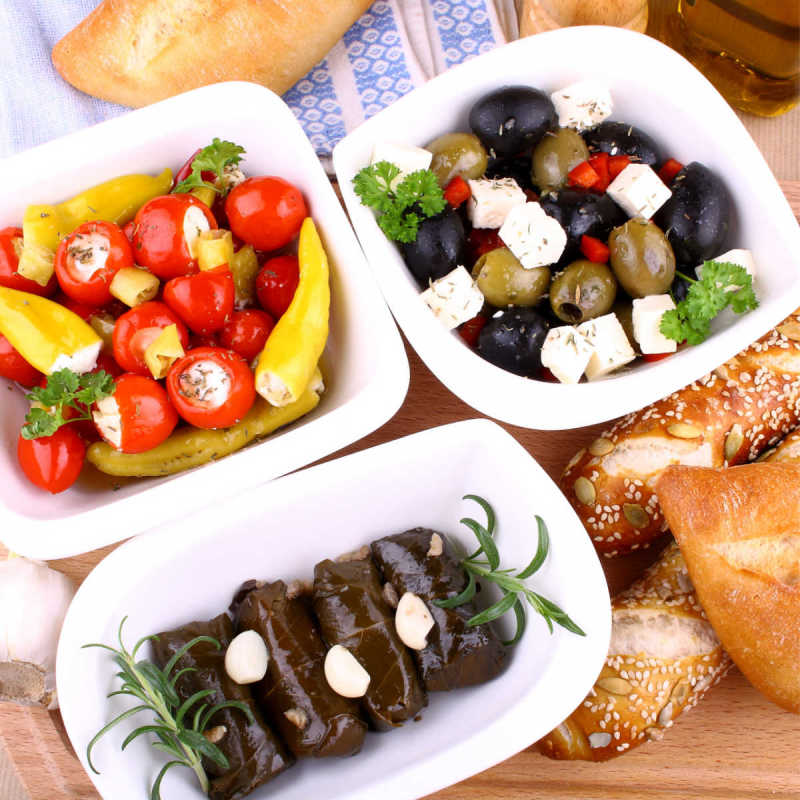 You could travel to ten different regions in Greece and never eat the same version of dolmades twice. Recipes are often passed down through generations, and two Greek families living next door to each other often cook this dish differently. The general premise is that a stuffing consisting of minced meat, rice, herbs and pine nuts is either wrapped in vine leaves or stuffed into vegetables such as peppers or courgettes and baked in the oven. Greek comfort food at its finest, this is a diverse meal used by Greek families at large gatherings, or to feed the kids after school. It’s a staple on all good Greek restaurant menus.

Feta is perhaps the cheese most associated with Greece, known for its salty taste. When wrapped in pastry and baked in the oven, it also makes a delicious dessert, especially when drizzled with honey. Who knew! 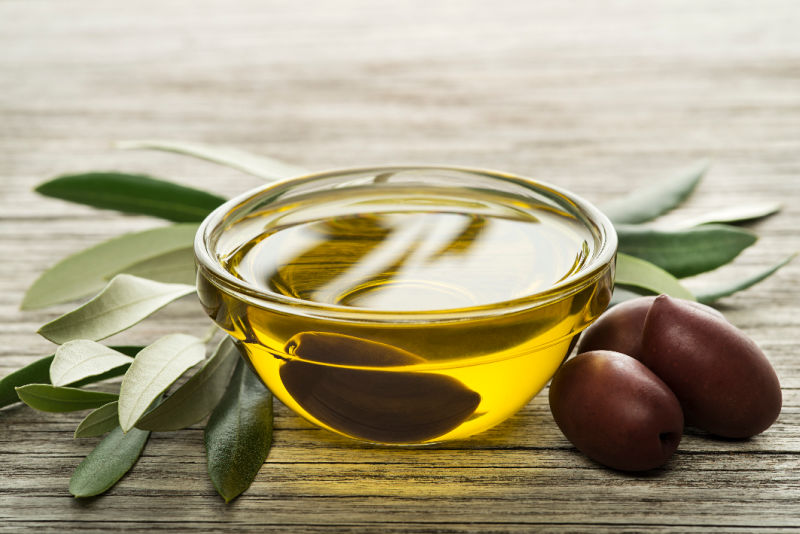 We couldn’t write an article about Greek food and not mention olives, could we? The Greeks have been growing olives for thousands of years, and they know how to do it well. They are a staple at any Greek dinner table, served as a starter or side dish to all manner of meals. The Greeks are just as good at turning these olives into olive oil, which is used liberally in the majority of Greek food, especially in salads and as a dip for fresh bread. Many Greek restaurants and tavernas even make their own olive oil in house.

Wine has been produced in Greece for more than 6,500 years, and in this time, the locals have gotten pretty good at it. Different regions produce different types using different grapes, and most restaurants in the country will have an extensive wine list. It’s fun to try the local wine as you travel around to different areas and islands.

It is also quite likely that you’ll come across ouzo during your stay in Greece. This anise-flavored spirit is drunk widely in Greece and Cyprus and is often compared to sambuca in terms of taste. It is often served as an aperitif (before the meal) in Greek restaurants.

Now you know a little more about what to expect from Greek cuisine. Anybody else hungry?