The Romance of the Taj Mahal 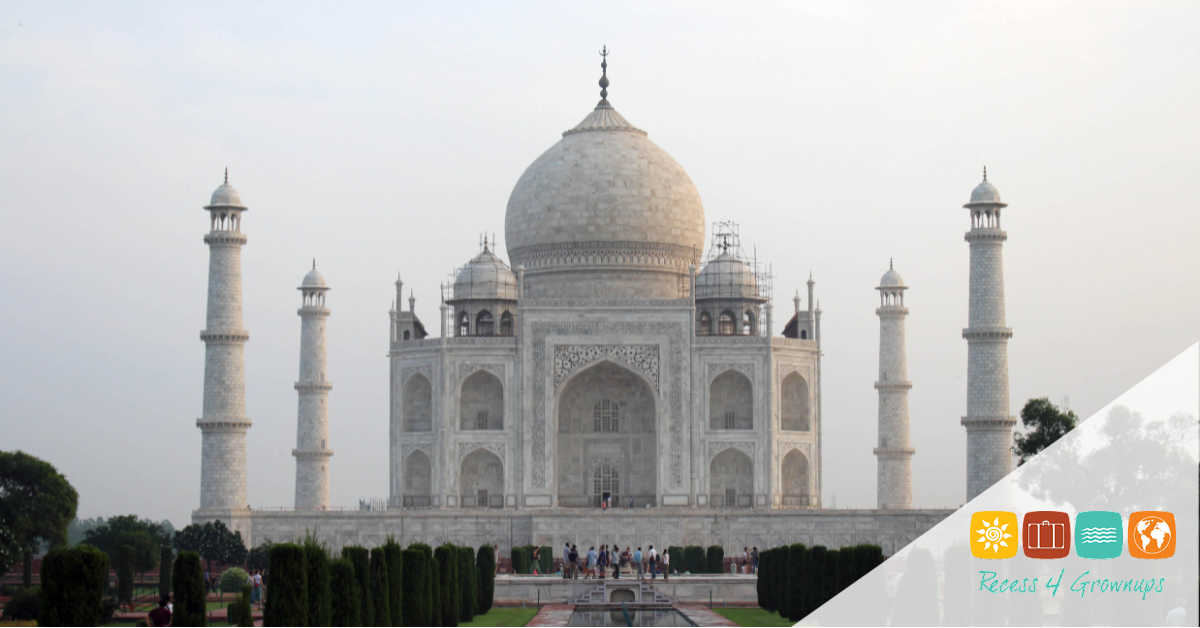 My love of bucket list destinations, combined with all the numerous Valentine’s Day promotions and dinner specials, inspires this week’s article.

Taj Mahal in all its glory and grandeur is truly a masterpiece – no wonder it is renowned as one of the seven wonders of the world! The extraordinary, yet elegant, white-marbled tomb stands majestically tall amidst lush green gardens on the right bank of the Yamuna River in the district of Agra in Uttar Pradesh, India. This UNESCO World Heritage Site should be on the top your bucket list for must-visit destinations around the world.

A Piece of History 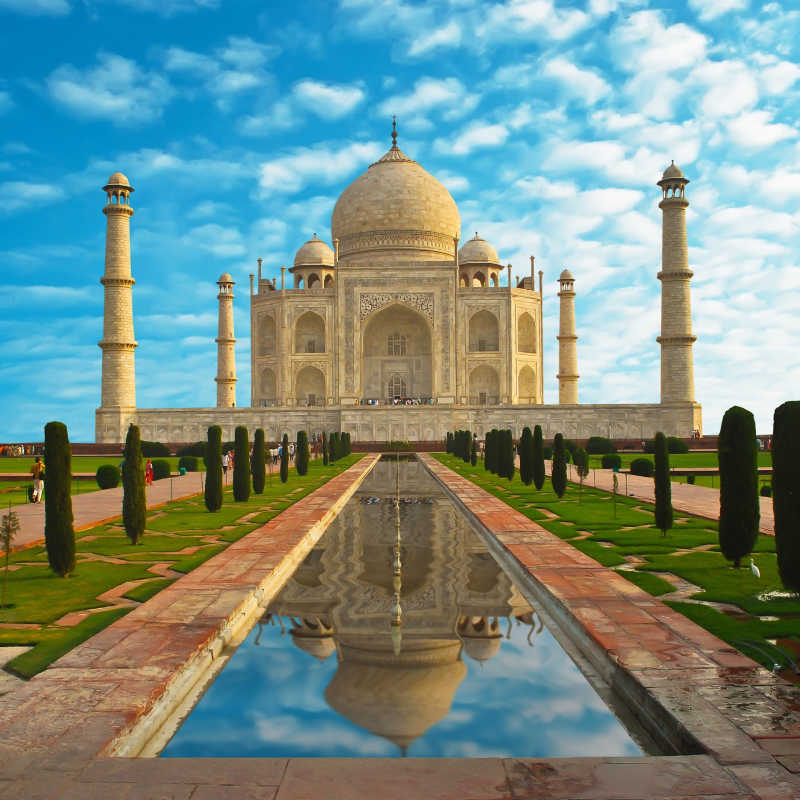 Despite its popularity, not many people know about the beautiful everlasting love story that lays behind this emblematic ivory-white monument.

It was love at first sight for the Mughal Emperor Shah Jahan, the ‘King of the World’ and Mumtaz Mahal. She was the ‘Chosen one of the Palace’ and the favorite of Shah Jahan. It is stated that the poets of the palace appreciated her beauty and compared her to the moon. She was a very devoted wife to her husband, and he simply adored her and was fondly in love with her.

This love story turned tragic. To Shah Jahan’s misery, Mumtaz Mahal died during childbirth of their fourteenth child in 1631. Driven by overwhelming grief and sorrow, the emperor decided to disappear from the public eye for a long time. When he reappeared, it was evident that his physical appearance had been quite affected by the misfortune. Jahanra Begum, his oldest daughter, was the one that helped him run the empire during this time and she kept her mother’s place at court.

The widower decided to build a magnificent monument in honor of his love for Mumtaz Mahal. The construction of the Taj Mahal started in 1632 and it’s believed to have ended in 1653. 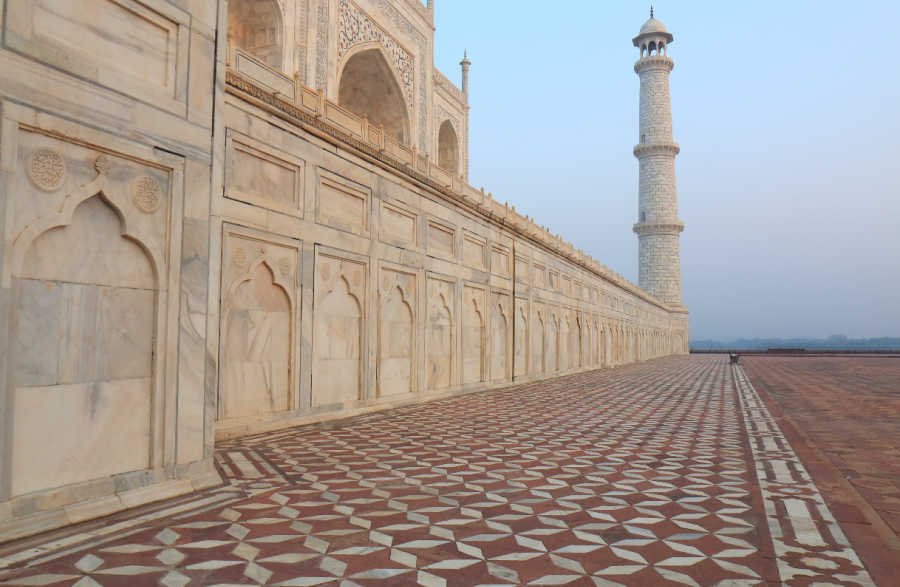 The Taj Mahal was named by UNESCO as a World Heritage Site in 1983 for being “the jewel of Muslim art in India and one of the universally admired masterpieces of the world’s heritage”. It combines Islamic, Indian, Persian and even Turkish features and is labeled as the most beautiful building of Mughal Architecture and as the greatest achievement in the Indo-Islamic architecture. It is truly an icon and jewel of India. 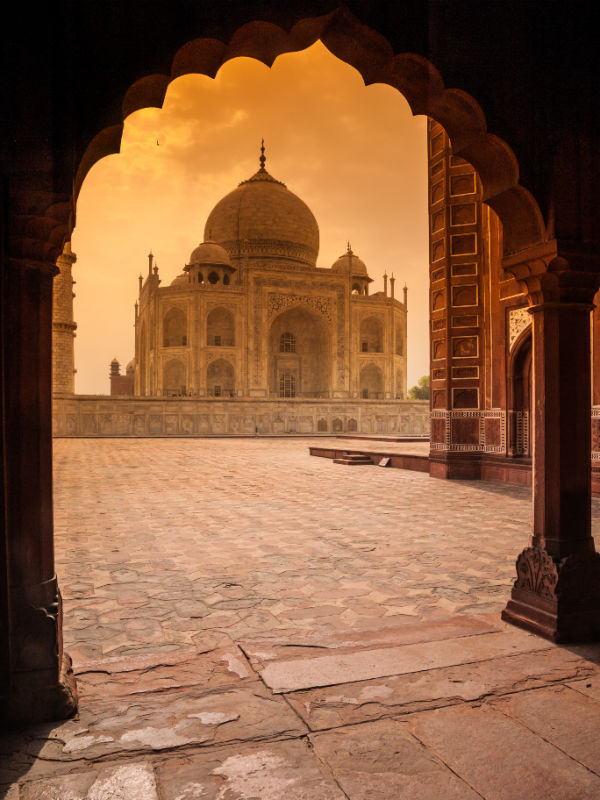 To add to the beauty of it, Taj Mahal showcases different moods when exposed to sunlight and moonlight. It is the perfect romantic setting for its viewers from all over the world to witness and feel what true love is all about.

The Taj Mahal Garden enhances the beauty of the monument. The perfectly manicured garden consists of four intersecting canals, representing the four rivers of paradise and directly leads to the central dome. The four intersecting canals rejoin at the lotus pond. This is exactly where you would want to snap a few photographs of the Taj Mahal with its reflection clearly visible on the lotus pond.

The beauty of Taj Mahal not only lies in the structure, but also in the ornate details of its interior including the graceful walls and floors. The walls are decorated with precious stones, admirable calligraphy and flowers and plants signifying love and purity are carved in both walls and floors elegantly.

The name “Taj Mahal” comes from the word “Taj” that means “crown” and Mumtaz’s formal name “Mahal”, it refers to the “Crown of the Mahal” and it has been interpreted as “Crown of the Palace”. 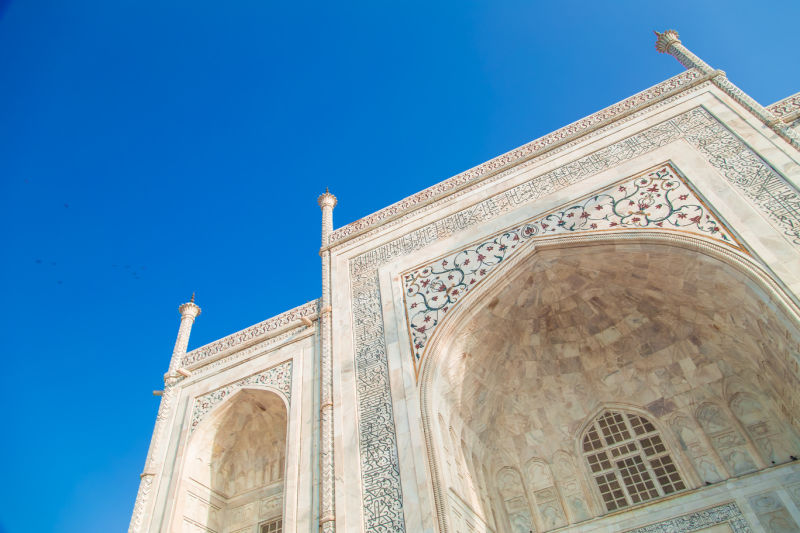 The Taj Mahal’s stunning beauty and it’s significance as one of the Seven Wonders of the World make a must-see destination, but now you know that it can be a romantic destination as well. 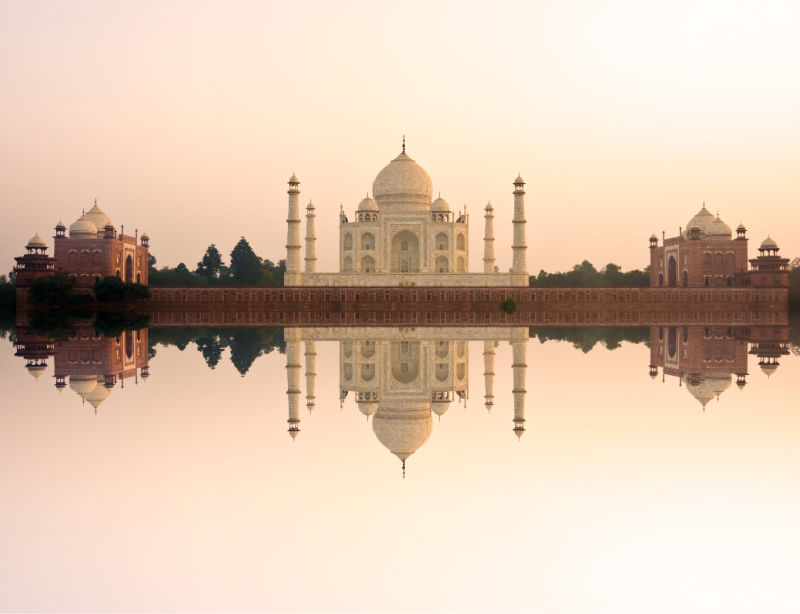