Oberammergau’s history links to our present 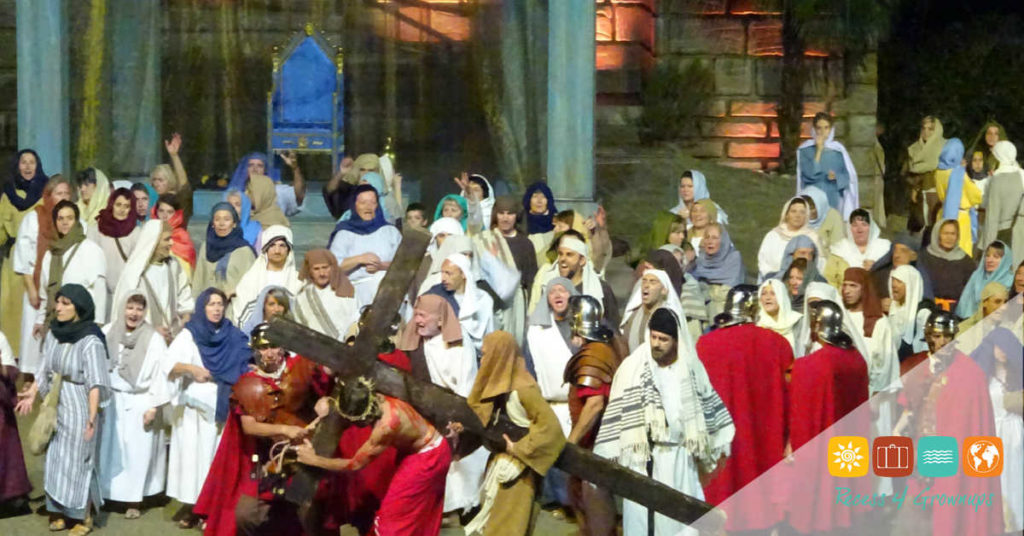 I’ve been working on some trips and river cruises associated with the rescheduled Oberammergau Passion Play in 2022, and I find the history of the event and how it connects with the current issues fascinating, so that inspires this week’s article.

Oberammergau’s history links to our present 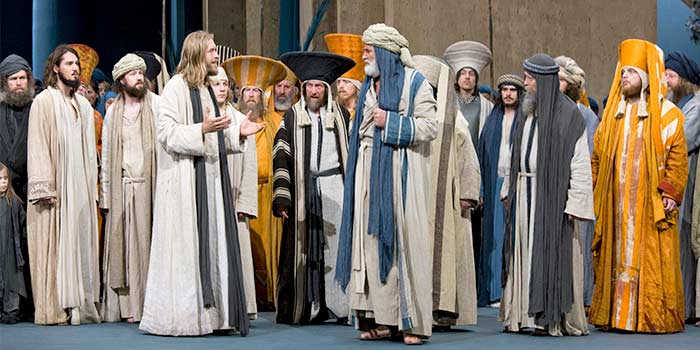 What once began as a promise to save themselves from a plague is today an accomplished tradition of over 380 years. The Oberammergau Play, which began its journey during the crucial moments in 1634, is a 10-yearly tradition that we can witness today. When the whole of Europe was fighting the plague, the residents of this town prayed to God and asked for his help. To save themselves from this terror, they promised to whole-heartedly perform the story of Jesus and his Passion every ten years.

Due to the corona pandemic, the Passion Play in 2020 was canceled and delayed until 2022. The postponement of the Oberammergau Passion Play almost seems like a reset, a refocusing to appreciate the original pledge of the town of Oberammergau – a renewed focus on the passion play performance that came into existence from the threat of disease, as we are threatened now. The scheduling now moved to 2022 gives us hope for the future. 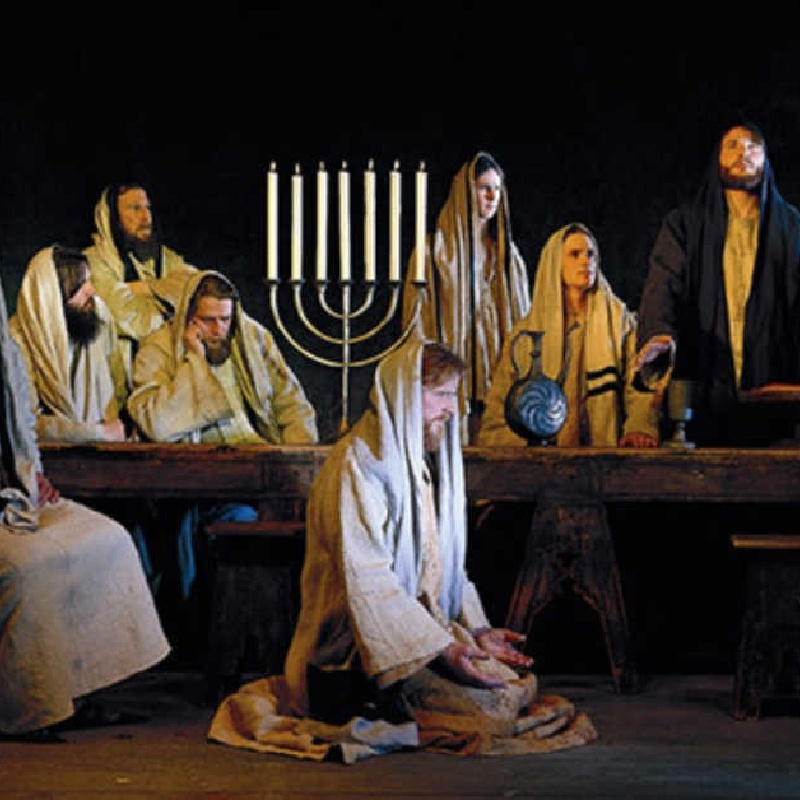 When you talk about a 380-year long tradition, it undoubtedly cannot be all smooth sailing. Back in 1633, Oberammergau’s small town had managed to save itself from the deadly plague up until the 25th of September 1633. However, this bubble was soon burst when Kasper Schisler returned home for a church festival in 1632. After his arrival, approximately 81 deaths in the town were seen, almost half the area’s population. A month later, after witnessing ample deaths, the villagers asked God to save them and, in return, vowed to perform the play every ten years; there were no more deaths due to the plague after the vow was made. Finally, in 1634, with the first play in place, the Passion Play of Oberammergau was born.

The popularity and significance that this play has gained throughout its lifespan are astounding. Initially, the performance used to occur in a church’s graveyard before the graves of the ones who could not survive the plague. However, with the steady rate at which the play spread within the country, they soon had to move towards a larger place and provide seats for the audience. As the scale of the play grew, so did the audience. The present theatre with a capacity of over 4,000 individuals was built in 1890, just in time for the Passion plays for the next decades. Today, this theatre encompasses over 4,700 people consistently for six months.

The year 2020 has shown itself as another hurdle for the Passion Play. However, it is not the only one. In the past 400 years, there has been so much that has happened throughout the world. Whether you talk about wars or disease outbreaks, the play has been a victim to it 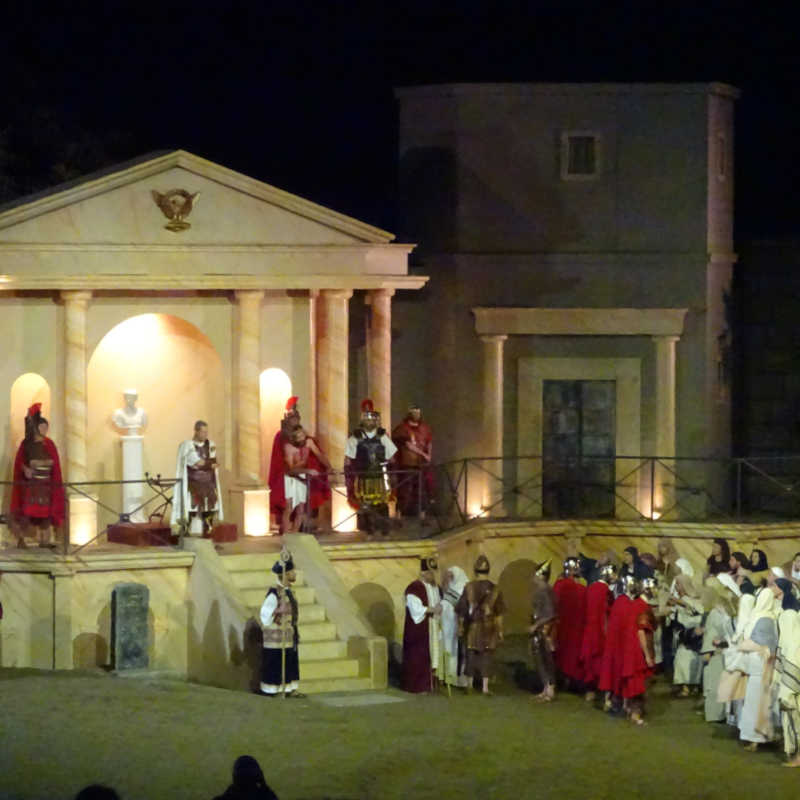 After having a smooth journey for over 100 years, the first hurdle in its timeline was 1770, when the play was canceled due to a ban by Maximilian III Joseph. He believed that the stage was no place for the secrets of their holy religion. Oberammergau was canceled a second time as World War II left a million things around the world dangling, and the Passion play was one of them.

Coronavirus has successfully pushed the scheduled performance of the play for the year 2020 to 2022. The originally scheduled play was sold out, and now the newly released tours and cruises for the rescheduled event have limited openings for this once-in-a-lifetime event. As each day passes by in this year, we can only wait for the year 2022.

A performance of great artists conveying the grand story of Jesus will leave you filled with awe and inspiration. Just imagining the presence of 900 people on-stage with the hard work of over 2,000 people behind the scenes is enough to get goosebumps from the tremendous faith and commitment demonstrated. With Passion in its name, you will be able to witness the suffering, death, and resurrection of Jesus right from the beginning.

The six-month-long performing season of the Passion Play is from May through October of 2022. The play is five hours long, and is divided into two parts with a three hour dinner break in between.

Oberammergau’s location in the Bavarian Alps makes attendance at the Passion Play a wonderful excuse to explore various bucket list sites in the surrounding area and countries. Some destinations that are easy to combine with a visit to Oberammergau include the towns of Germany, Austria, the Italian Lakes regions, and the Alps and Switzerland. An excellent way to explore the European cities even more is to fuse the Oberammergau experience with a river cruise of the Danube River or Rhine River. A river cruise creates a way to discover many of the towns and villages that grew up around the rivers in medieval times, as your cruise ship pulls up to dock in the middle of town where you are immediately immersed in the local culture.

In addition to witnessing the history in Oberammergau, from a cruise on the Danube, you will also enjoy the scenic views from Regensburg, the culture from Munich, and the beautiful architecture from Passau. In Austria, you can discover a 900-year-old monastery in Krems and enjoy wandering am 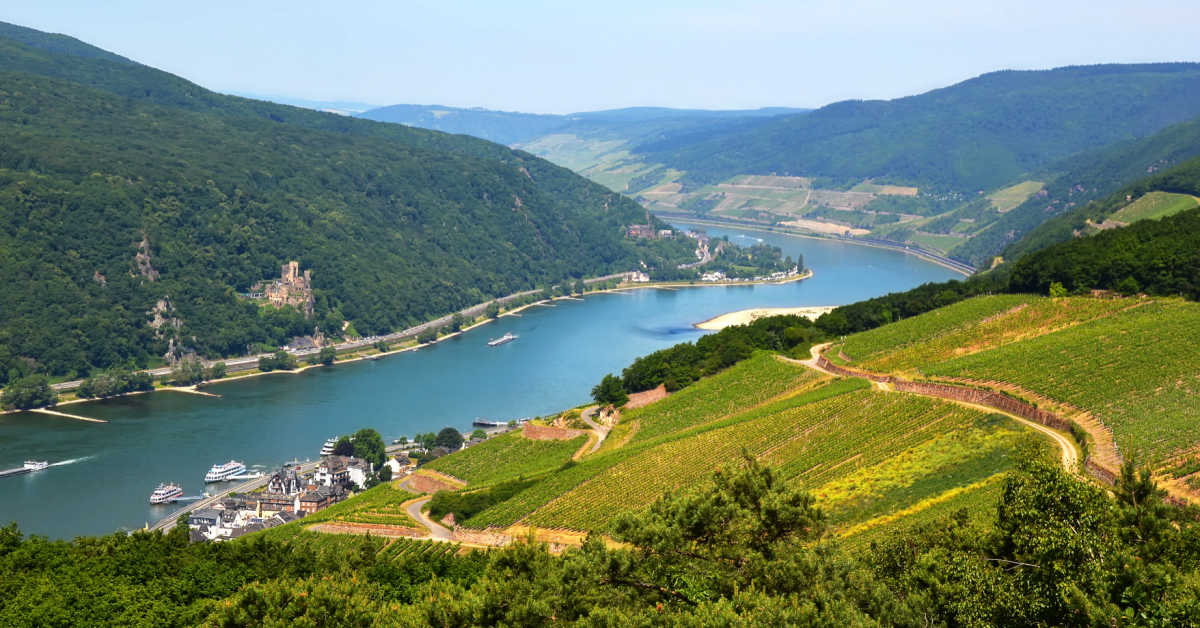 id the theatres, parks, and boulevards in the center of classical music in Europe, Vienna. The elegant scenes of Budapest, from the Parliament Buildings to Buda’s Old Town, are the perfect finish to an incredible river cruise.

A Rhine River cruise begins with visiting the capital of The Netherlands, Amsterdam, and touring through its various museums and gardens, and floating on a canal cruise. The river Rhine will take you across the cities of Cologne, Koblenz, and Speyer in Germany for visits to these small towns’ cultural spots, followed by a stop to stroll the streets of Strasbourg, France, with its blend of German and French customs. Breisach’s port in Germany offers encounters with cuckoo clock-making and Black Forest Cake, and other traditional German folklore. The end of a Rhine cruise in Basel, Switzerland sets the stage for a beautiful time in Innsbruck, Austria, and the Alps before the grand finale spending a few days in Oberammergau, Germany, the home to the passion play.

Once in a Lifetime Experience 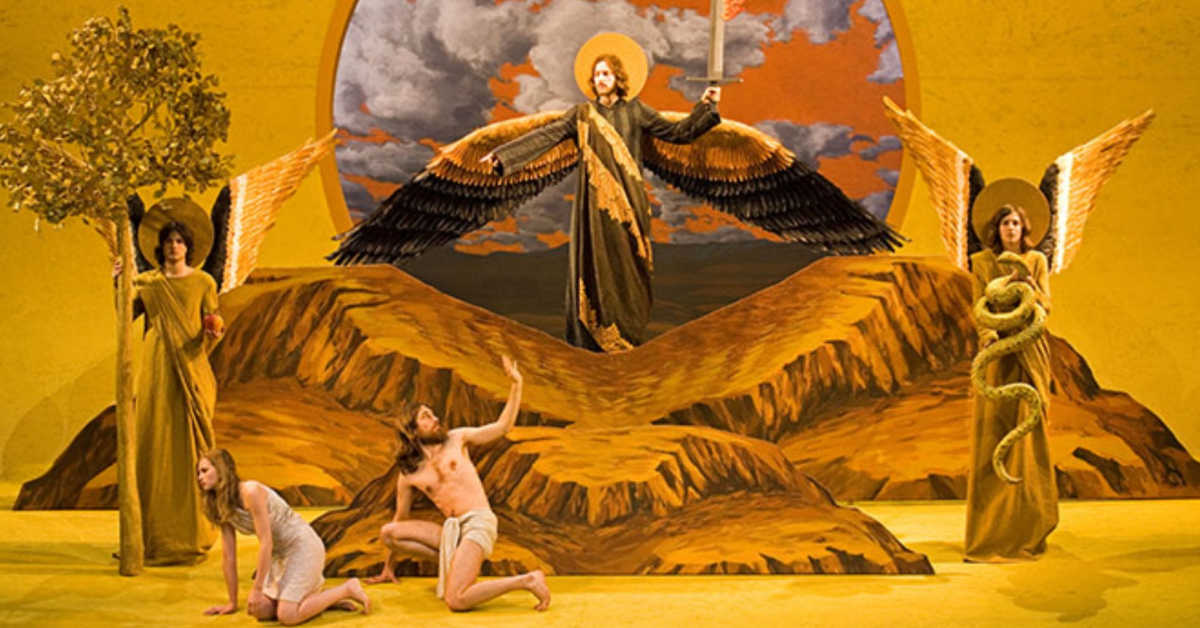 Traditions of various countries are always going to be fascinating for the rest of the world. But when you see that a small village with a population of a few thousand can attract hundreds of thousands of people worldwide for a play, you know it is a moving and stunning experience.

The pandemic’s unique circumstances this year that postponed the Oberammergau Passion Play seem somewhat symbolic and make the 2022 performance even more of a once in a lifetime experience.