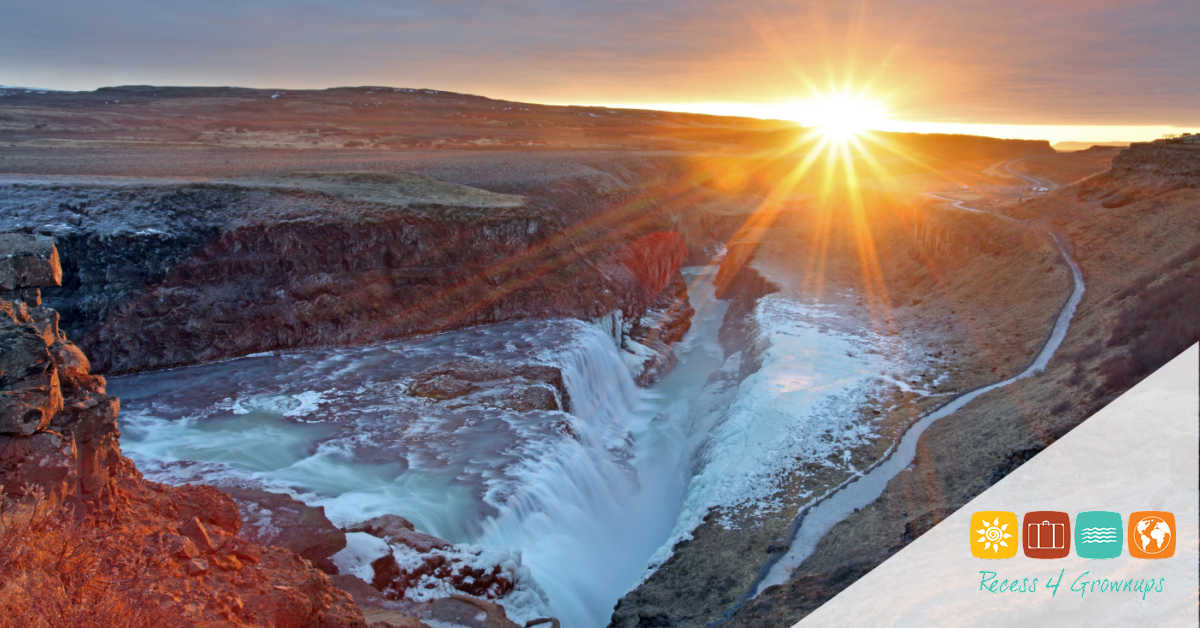 Iceland has been a trending destination for the last 4-5 years, so I’m keen on exploring the best of that destination. At the top of the ‘must-see’ list is traveling the Golden Circle – if you’ve heard of that but not really sure what it is, that’s the inspiration for this week’s article…

The Allure of Iceland’s Golden Circle

Iceland is a European volcanic island located in the North Atlantic Ocean, defined by the fantastic landscape covered by volcanoes, hot springs, black sand beaches, and geysers. Rightfully called “the Land of Ice and Fire” by many, Iceland is located just south of the Arctic Circle and features many glaciers right next to smoking volcanoes. This bucket list trip is full of geological surprises that you can see all in one visit.

Iceland is a top-rated tourist destination and welcomes over 2 million foreign visitors to the country each year. Just outside of the capital city of Reykjavík is the most visited tourist attraction, known as the Golden Circle. It is a route of roads that connect Reykjavik with three must-see spots in Iceland: Thingvellir National Park, The Geysir Geothermal Area, and the Gullfoss Waterfall.

Thingvellir National Park, located about 28 miles from Reykjavik, is a UNESCO World Heritage Site and the historical site of Iceland’s parliament from the 10th to 18th centuries. This beautiful National Park also sits on a rift valley caused by the Mid-Atlantic Ridge, where the Eurasian and American tectonic plates meet. The landscape features rocky cliffs and fissures like the enormous Almannagjá fault. Thingvellir Church and the ruins of old stone shelters are also visible on the park grounds. This national park really has it all in terms of ruins, natural beauty, and history. You may recognize some of this beautiful scenery from the popular television show Game of Thrones.

Thingvellir National Park is also a unique snorkeling and diving location where you can view the underwater Silfra rift. This is an exciting opportunity to swim in a tectonic fissure, which is fed by a nearby glacier.

Geysir is located in the Southwest of Iceland in the geothermal area of Haukadalur Valley. This geothermal area boasts several geysers and hot springs, including the powerful Geysir, Strokkur, Litli-Strokkur, and Smidur.

The main attraction to the Geysir Geothermal Area is Strokkur, the most active Geysir in Iceland. This Geysir erupts boiling water as high as 100 feet every 5-10 minutes, so you won’t have to wait long before witnessing this scene. If you’ve never seen a geyser erupt, you will be amazed when you visit this part of the Golden Circle. 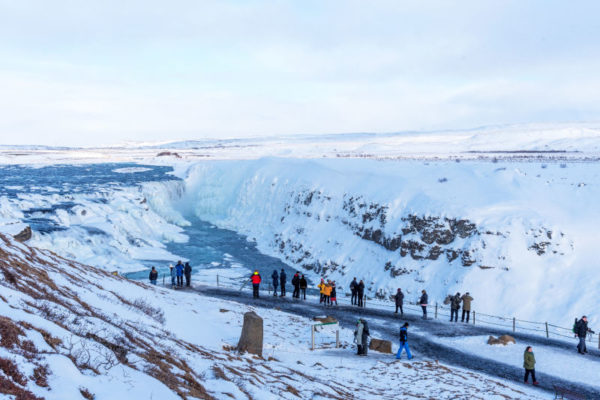 One of Iceland’s most iconic waterfalls lies right on the Golden Circle route. Gullfoss Waterfall, named on the of the top 10 waterfalls in the world, is located on the Hvítá River and over 100 feet tall. It has two total falls, with the most significant drop of 68 feet. This enormous waterfall is fed by the glacier Langjökull which is about 25 miles away.

The name “Gullfoss” means the Golden Waterfall. Some say the name was given to the waterfall because of the golden hue that shines on the glacial waters in the evenings. However, if you pay close enough attention, you’ll see a rainbow when the sunshine hits the water spray the right way. 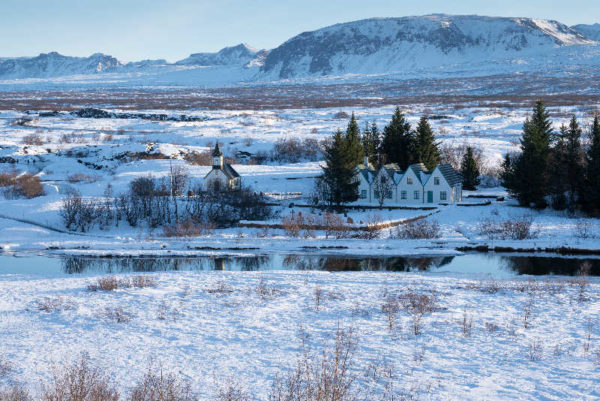 Iceland is a natural masterpiece and the perfect location to visit if you’re looking for an escape from your busy lifestyle. It is the ideal place to reconnect with the earth and stand in awe of Mother Nature. The Golden Circle is not too far from the hotels and restaurants of Reykjavik and can’t be missed.

From the awe-inspiring tectonic beauty of Thingvellir National Park to the exciting explosions at Geysir and the majestic waterfalls at Gullfoss, you’ll be stunned at what Iceland has to offer.