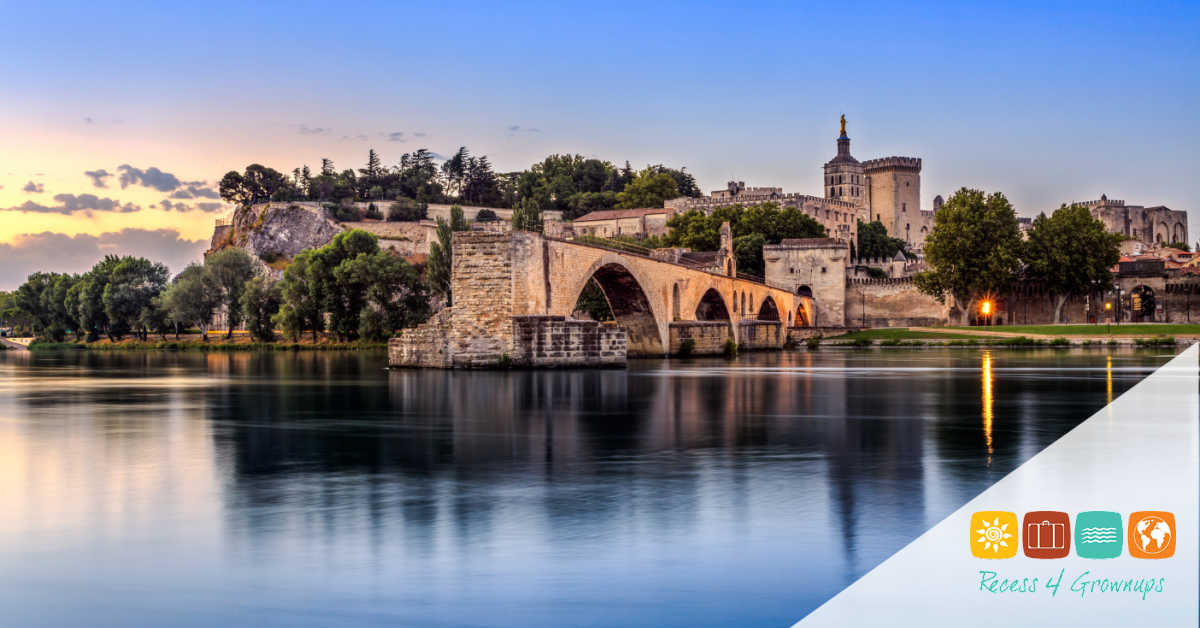 Provence is a region of southeastern France, renowned for hosting some of the most spectacular scenery and one of the most desired places to live and visit in all of Europe. Encompassing a large chunk of the Alps as well as the French Riviera cities of Nice, St Tropez and Cannes, there are plenty of places to explore in the region. From the culinary capital of France to quaint towns, there’s something for everyone. A Rhone river cruise is a great way to explore this delightful region of France. 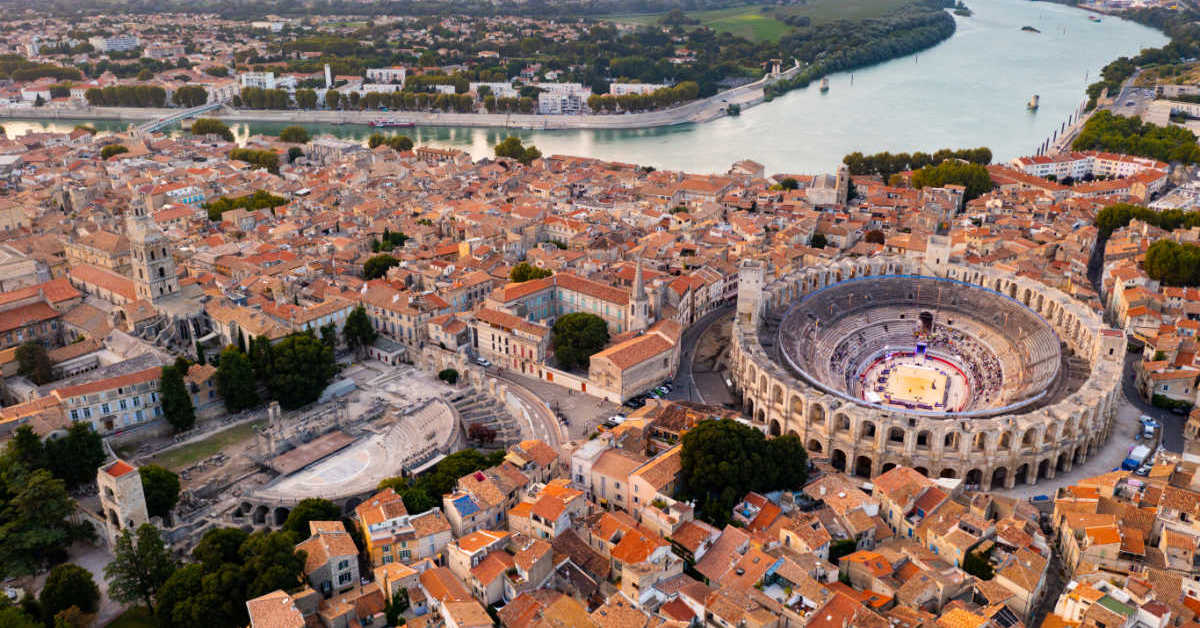 Just a few miles from France’s southern coast, Arles sees the Rhone fork into two before it reaches the sea. In between the two forks, the colossal Camargue National Park wetland dominates the area, famous for the rich tapestry of bird life which calls the reserve home. In the city itself, there is a collection of ancient Roman ruins. The most impressive of these is the stately amphitheater, a UNESCO-listed building which is one of the largest Roman amphitheaters to survive to this day in Europe.

Visitors can absorb this Roman history further at the modern Musee de l’Arles, which tells the story of the civilization of Arles and wider Provence. Art fans will love Arles too – it is believed that Vincent Van Gogh painted more than 200 of his most famous works in the city. The artist lived here for a year before suffering a psychotic episode and cutting part of one of his ears – he returned to Paris soon after. 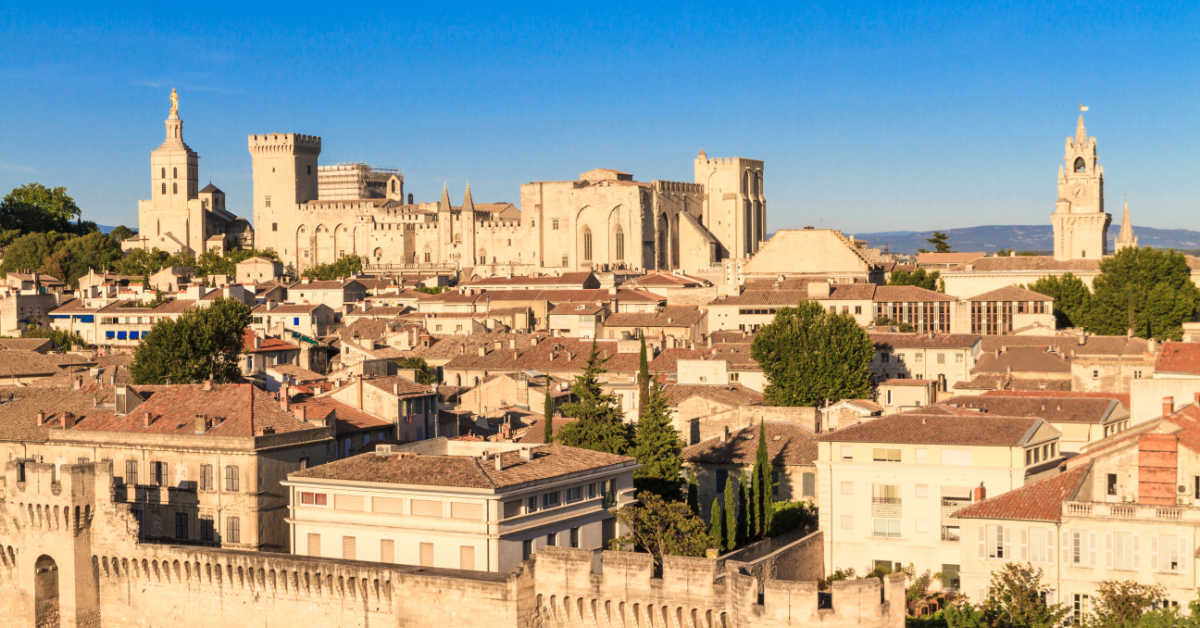 Heading upstream from Arles, Avignon is the next major settlement visitors will find along the Rhone. The city historically holds an important place for many Christians because the Pope resided here from 1309 to 1376. This grand legacy lives on in the survival of the Palais des Papes (Palace of the Popes), located right on the banks of the Rhone. The French version of the Vatican, it was the residence of the Pope and seat of Western Christianity during the Avignon Papacy.

This is a totally charming town – there are a large number of pedestrian only streets, which makes it a wonderful place to wander and enjoy the French atmosphere.

Other reasons to visit Avignon include its wine, with the region surrounding the city renowned as one of the best grape growing regions in all of France. The beautiful lavender fields draw tourists every summer. The city is famous for its theater too, playing host to numerous international festivals every year. 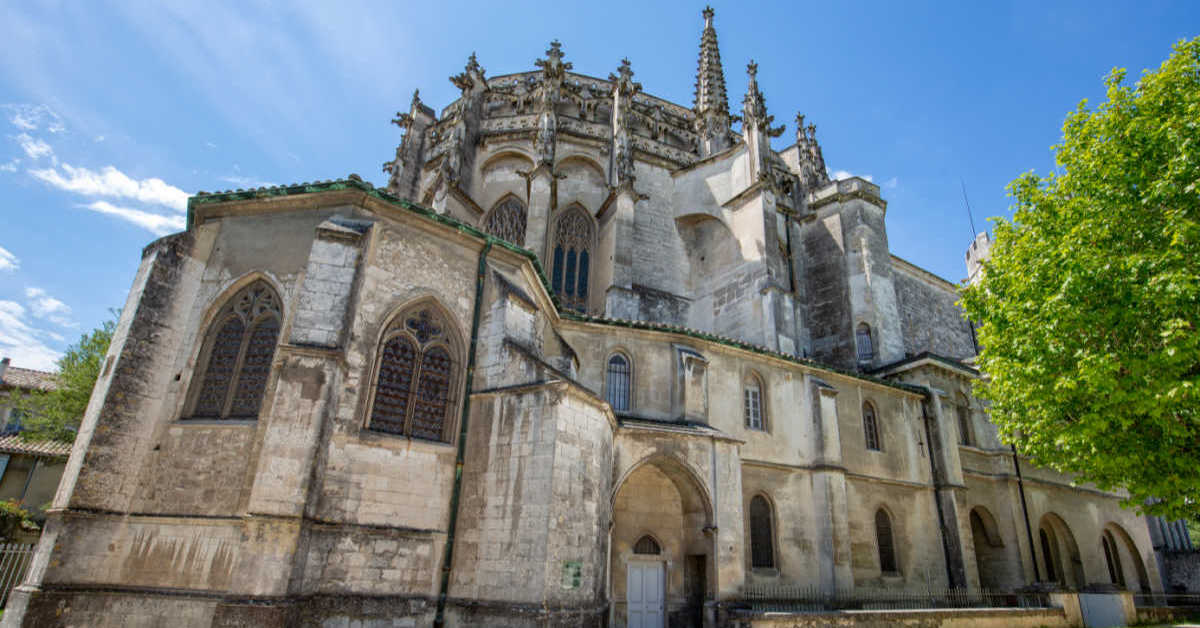 Sleepy Viviers is a historic medieval commune along the Rhone, crowned by the impressive 11th century cathedral. Most of the original architecture was destroyed during the Wars of Religion in the 1500s, so much of what can be seen today was restored following these conflicts.

Historically, Viviers was divided into two, with the clergy living at one end of town and the rest of the population at the other. As you walk through Viviers, notice the changing architecture, which represents the grandeur of the clergy in society during this time period. On a hill overlooking Viviers is a towering statue of St Michael. The walk is not an easy one but the reward for making the climb is stupendous views over the town and the Rhone – it is well worth the effort if you have a couple of hours to spare. 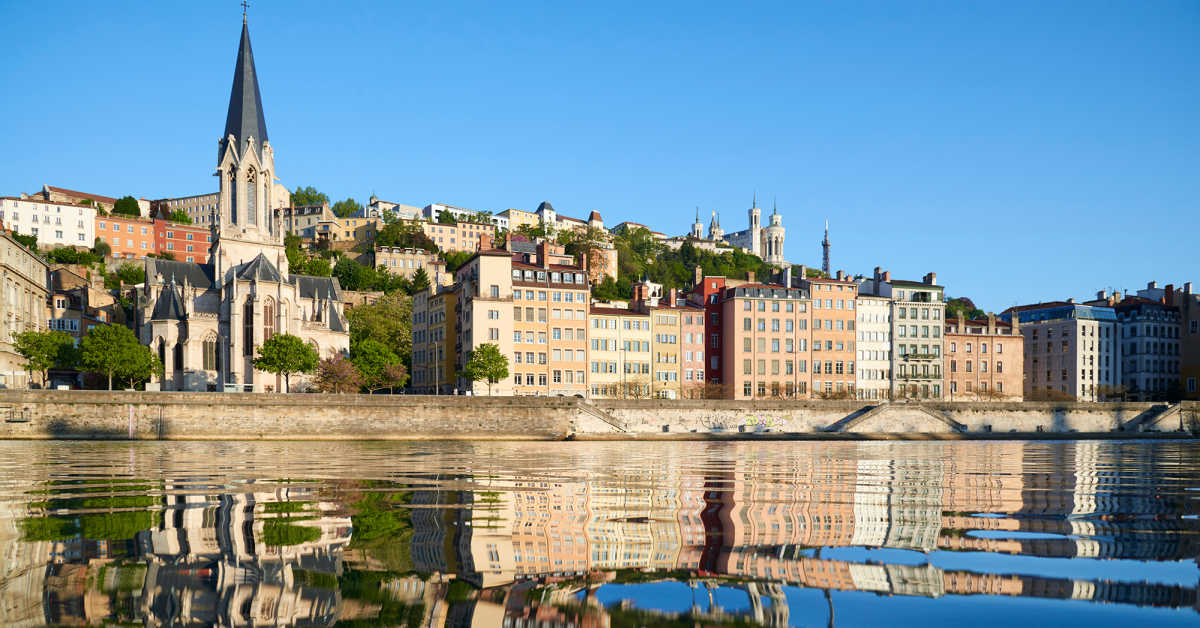 Marking the confluence between the Rhone and the River Saone, Lyon is one of the most popular French cities with visitors. The Vieux is one of the largest surviving Renaissance quarters in the country, harking back to a time when the city’s silk industry powered much of the regional economy.

A key feature of this part of the city are the Traboules – underground passageways which allowed the city’s silk workers to move quickly under the streets and to the river, where they would transport their textiles. Many of these passages are open to the public. Other highlights include the jaw-dropping Fourviere Basilica, a well-preserved Roman theatre and the 100 or so gorgeous painted murals which Lyon has earned something of a reputation for.

Known as the gastronomical capital of France, Lyon’s restaurant scene creates a culinary experience unlike any other. From the 21 Michelin-star restaurants to outdoor markets and local coffee shops, there’s a meal for all taste buds and budgets. Its cuisine combines meat flavors from the north with fresh vegetables, wine, and olive oil from the south. 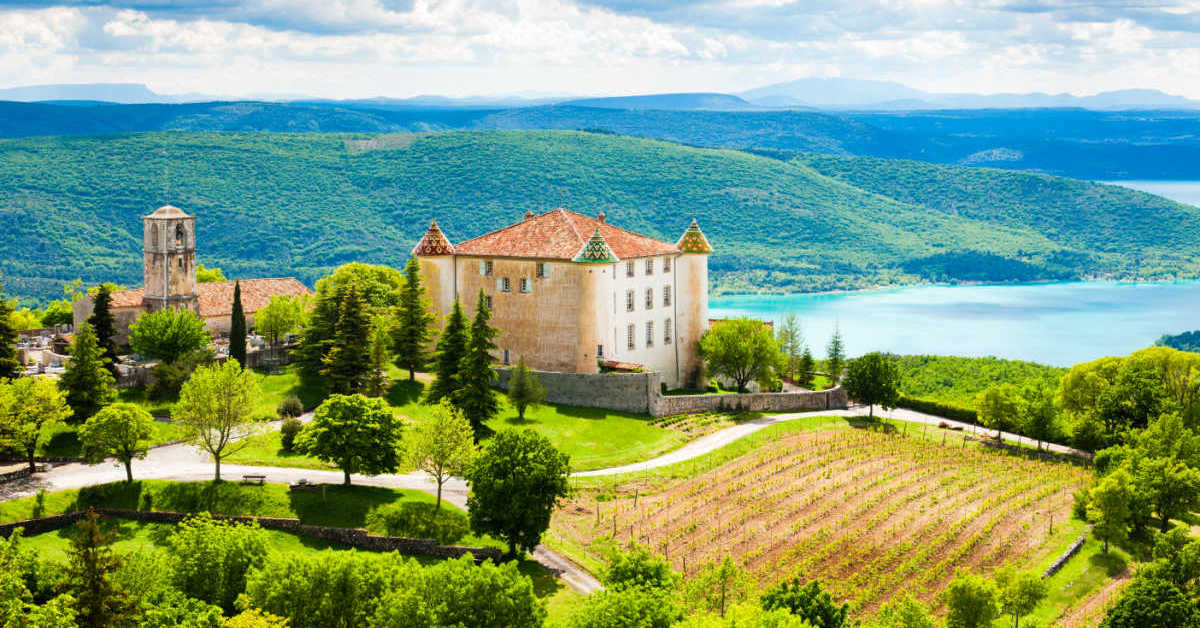 These four destinations are just a snapshot of what you can discover in Provence. Any Rhone river cruise is likely to stop at many or all of these places.

Home to historic architecture, stunning countryside, delightful wine and much more incredible cuisine, there is something for everyone in Provence. Cruising in luxury along the mighty Rhone is a one of my favorite ways to take it all in. 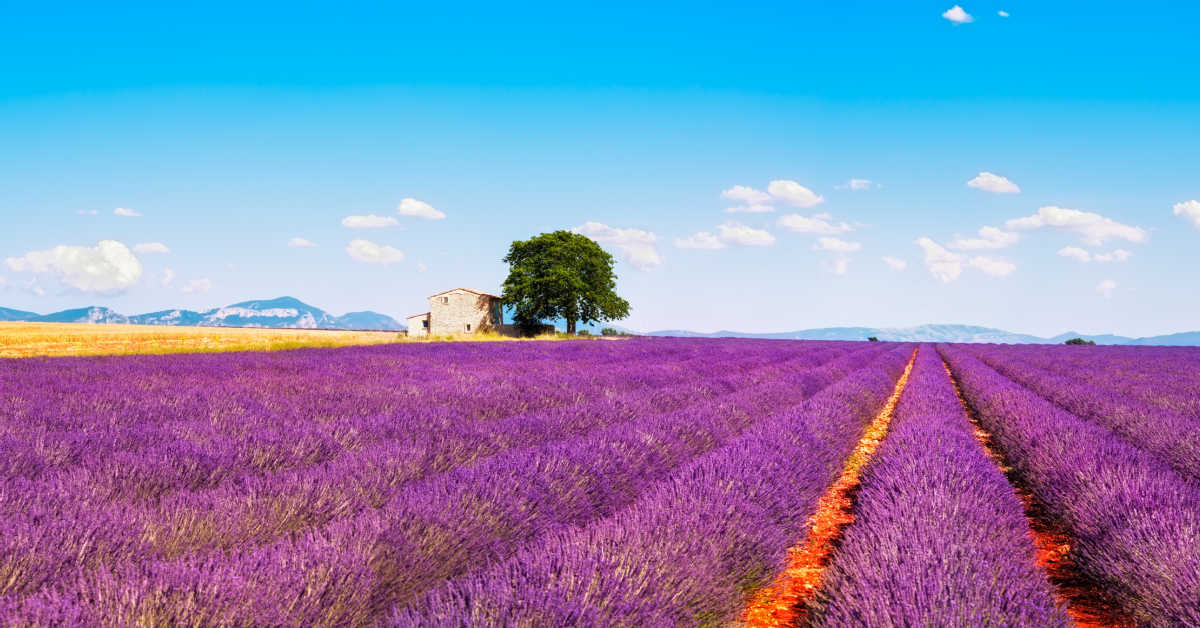