Experiencing the Penguins of Antarctica 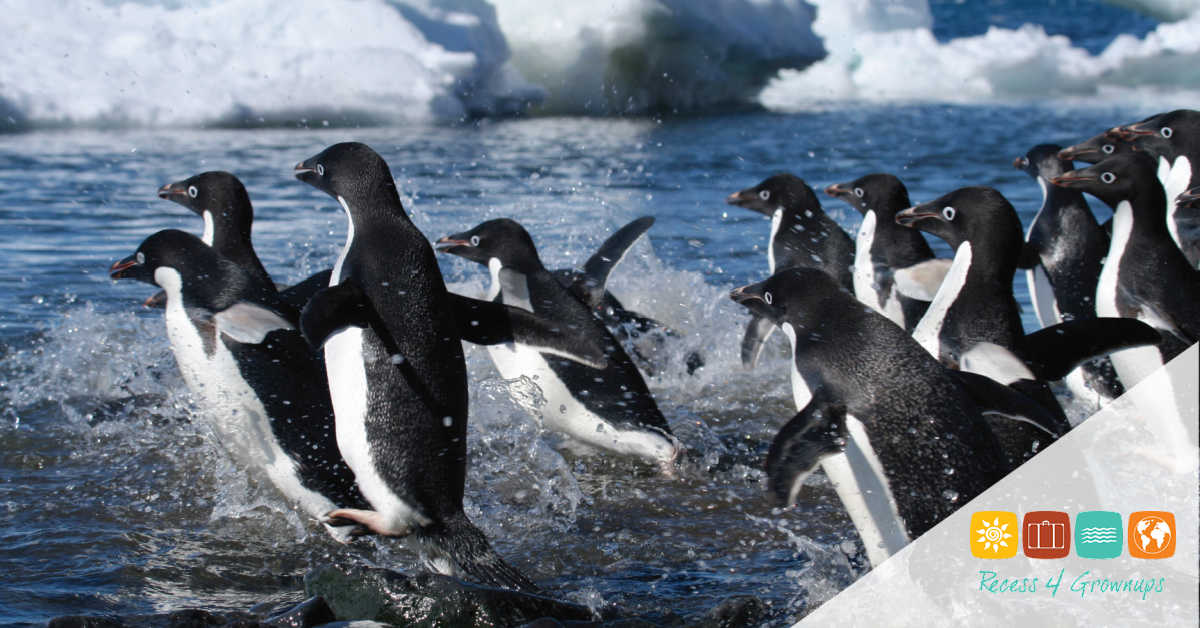 As I look to the exciting trips I have planned for the future, one of my most anticipated is the Antarctica cruise in January 2023. I was never interested in this until my husband mentioned he wanted to go to there; once I started researching and I saw how totally fascinating the experience is, Antarctica when to the number one spot on my bucket list. While there are so many reasons to go, the opportunity to walk on the seventh continent among the penguins is the inspiration for this week’s article…

Experiencing the Penguins of Antarctica

Antarctica –the land covered in a blanket of ice, is a wonderful and unique destination. One of the big draws here is the ability to see penguins in their natural habitat. Taking an expedition cruise not only allows you to appreciate these beloved penguins in person, but you can actually walk on ice alongside them. You’ll want to add this experience to your bucket list! 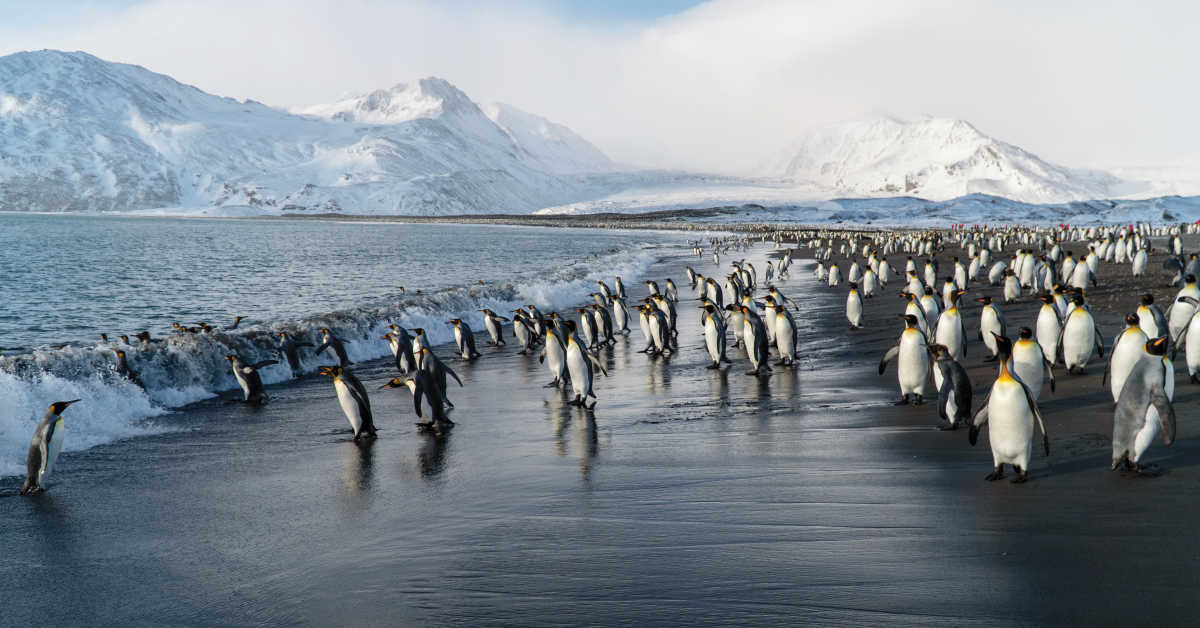 Meet the Penguins of Antarctica

Antarctica is home to 7 of the 18 different penguin species in the world, each with its own specific characteristics and charm. It’s best to travel here between December and February for peak mating and hatching season. This is when you’ll be able to see many of the different species of penguins. 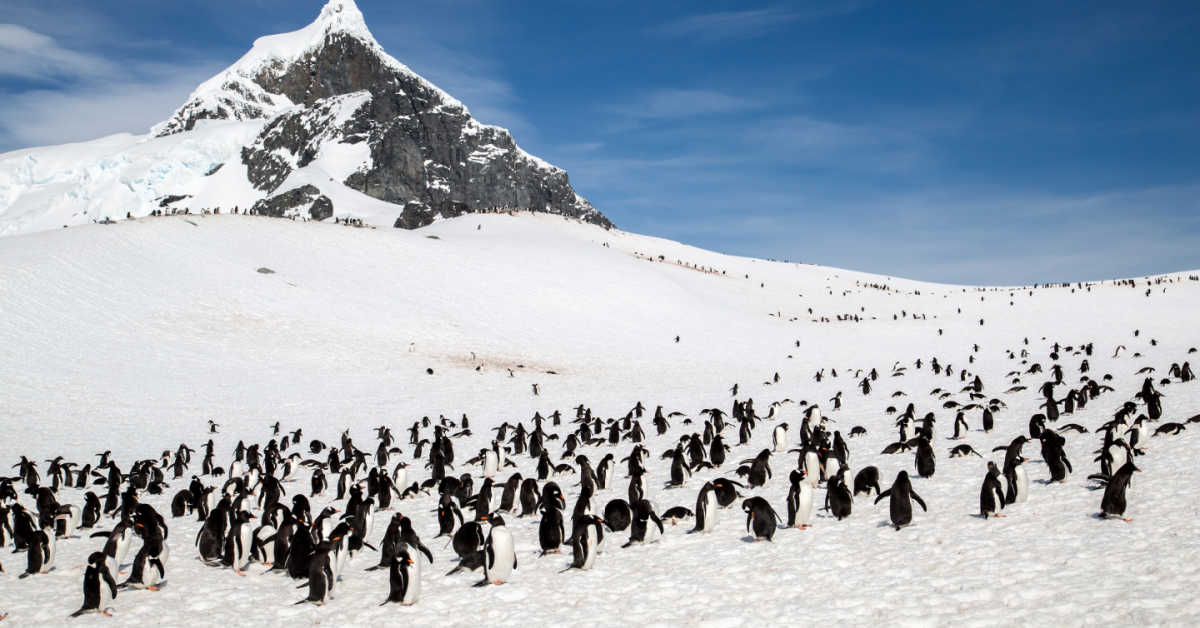 “Penguin Island” located in South Shetland Islands, is home to the Adélie penguins, the smallest species of penguins.  These penguins can dive over 500 feet deep into the ocean in search of prey, mostly krills. Male Adélie penguins build nests using rocks and pebbles during the breeding season to attract their female counterparts. But you may find some of them being sneaky and stealing rocks from their neighbors’ nest to build for themselves. 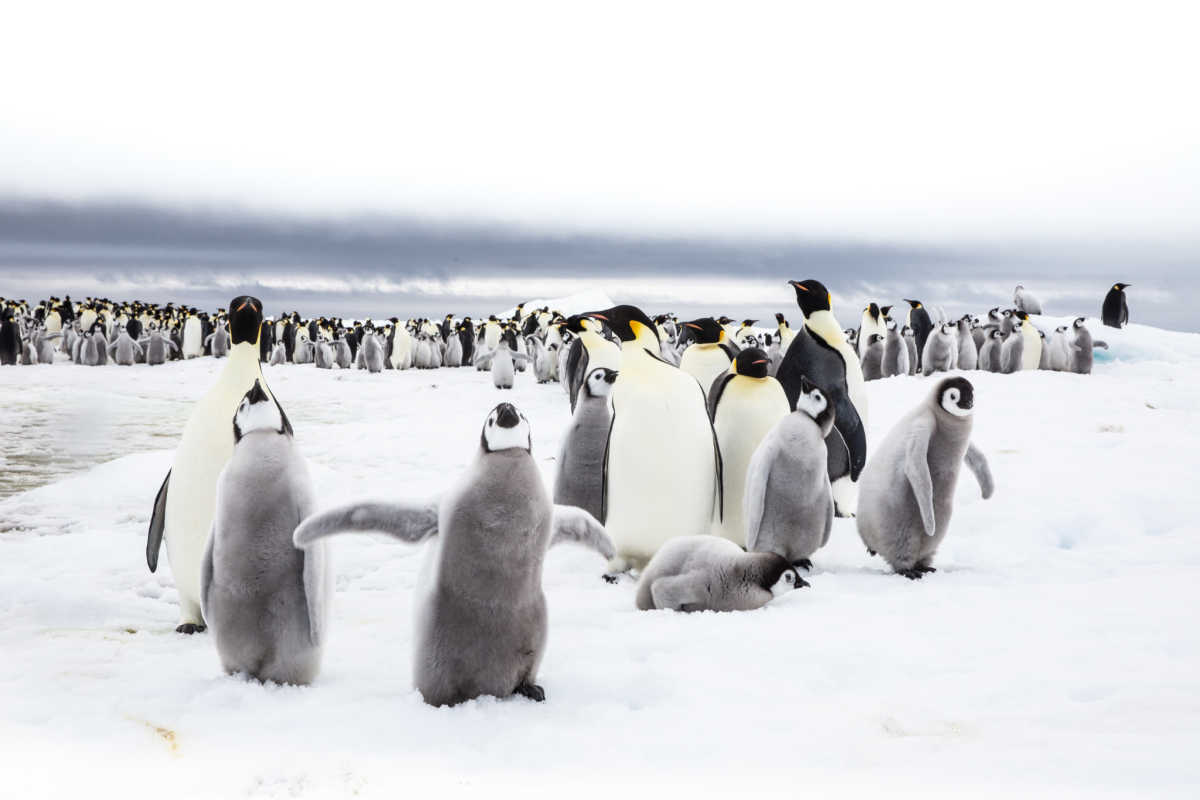 The largest species of penguins, the Emperor penguins, live exclusively in Antarctica. You will recognize them by the yellow-orange color around their necks. They can dive over 1500 feet deep and stay underwater for up to 20 minutes! Their favorite diet is the silverfish. Emperor and Adélie penguins are the two species of penguins that spend almost their entire lives in the Antarctic or its surrounding islands 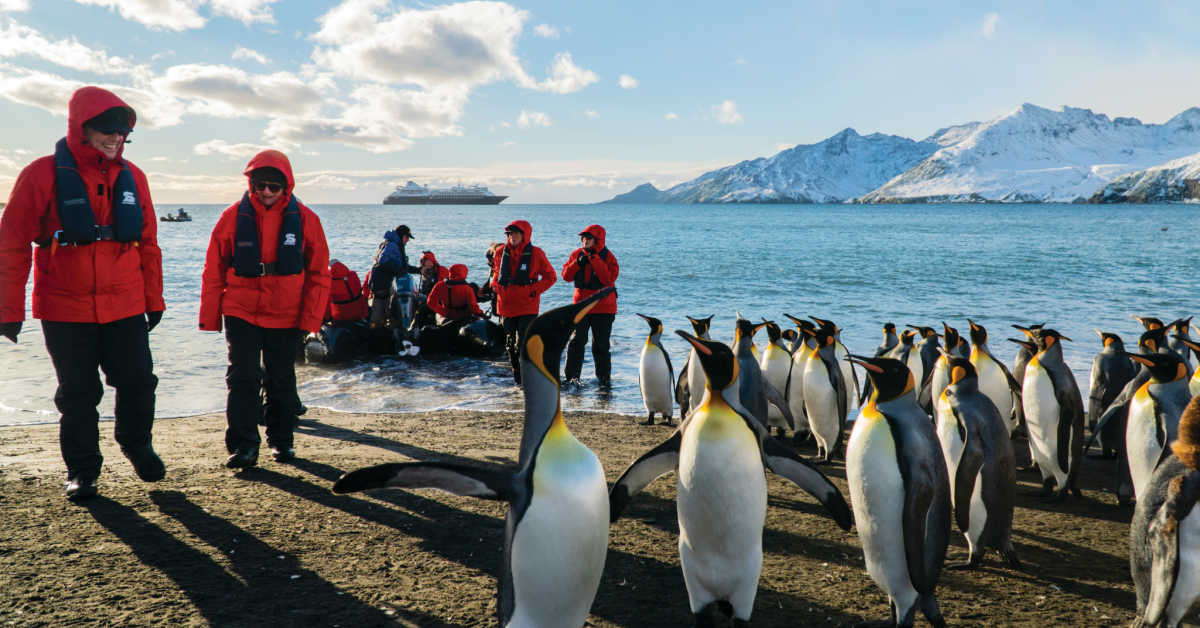 King penguins, the second largest species of penguins, look pretty similar to the Emperor penguins. Both have yellow-orange feathers around their neck, but it is more prominent for the King penguins. They also have a lighter black feathers than other penguins and a reddish bill. They tend to live farther inland and migrate to Antarctica for part of the year, so if you spot one, it’s truly an incredible experience! 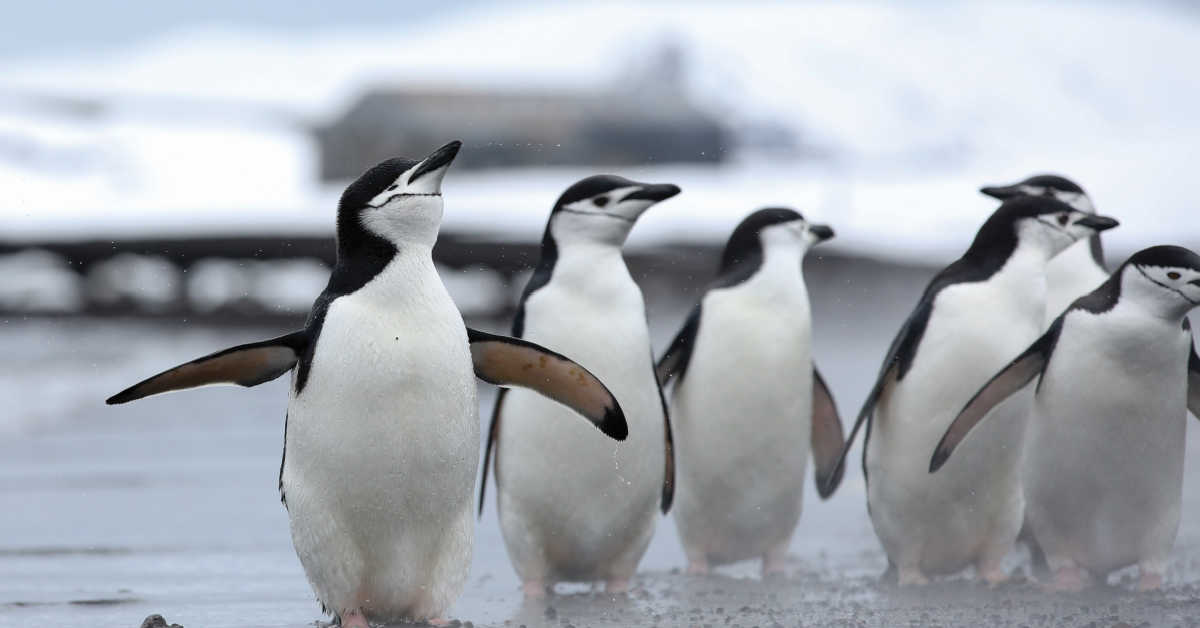 Chinstrap penguins, as their name suggests, have a black stripe under their chin, setting them apart from other penguins. Their breeding season starts around November after they come back to their colonies. These penguins usually have the same mating pair every year. The males come to the shore five days before the females and start to build their nest. A male chinstrap penguin might not like the nest it has found, and may try to force out other penguins, even pairs, out of their nests.

There are some species of penguins that have crests on their heads, and the largest ones amongst those penguins are the Macaroni penguins. Their crest is light yellowish-orange, and they have dark red beaks and red eyes. When observing their colonies, you may find yourself watching a penguin’s wrestling arena as the male macaroni penguins fight with their male counterparts, using their flippers to ‘slap’ each other and their beaks interlocked together in an attempt to defeat the other. 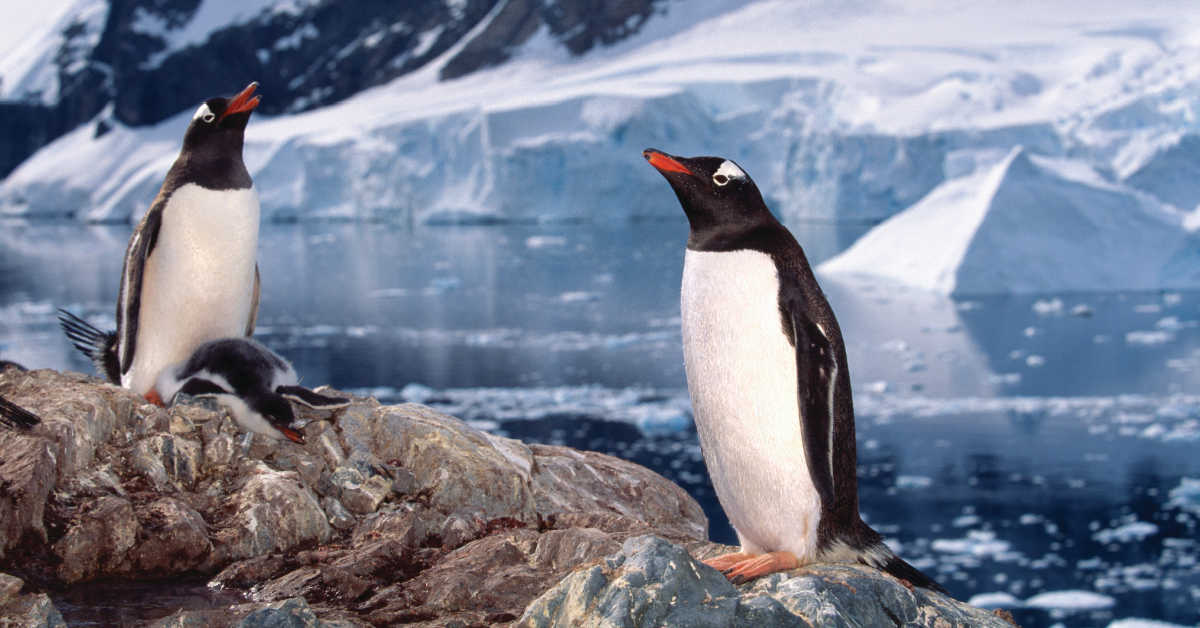 Gentoo penguins are the fastest swimmers amongst the diving birds, with their speed reaching around 20 miles per hour. Their distinguishing feature is the white stripe that goes from one eye to the other from over the top of their head. Their beaks are reddish-orange in color. In this species of penguins, the female penguin builds the nest, and you may see some scuffle over the stones. When trying to attract a female Gentoo penguin, the males will ‘gift’ them stones. Aren’t they real gentlemen?

The Rockhopper penguins have a yellow and black spikey crest on their head that makes them look different and fancier from other penguins. As told by their name, these penguins, when moving on land, hop from rock to rock. Since they are located in the rocky islands of Antarctica, you may find them on your way towards the South Pole. In the world of crested penguins, these are the smallest. They can swim out of the water fast enough to land directly on the shore, usually on their bellies. 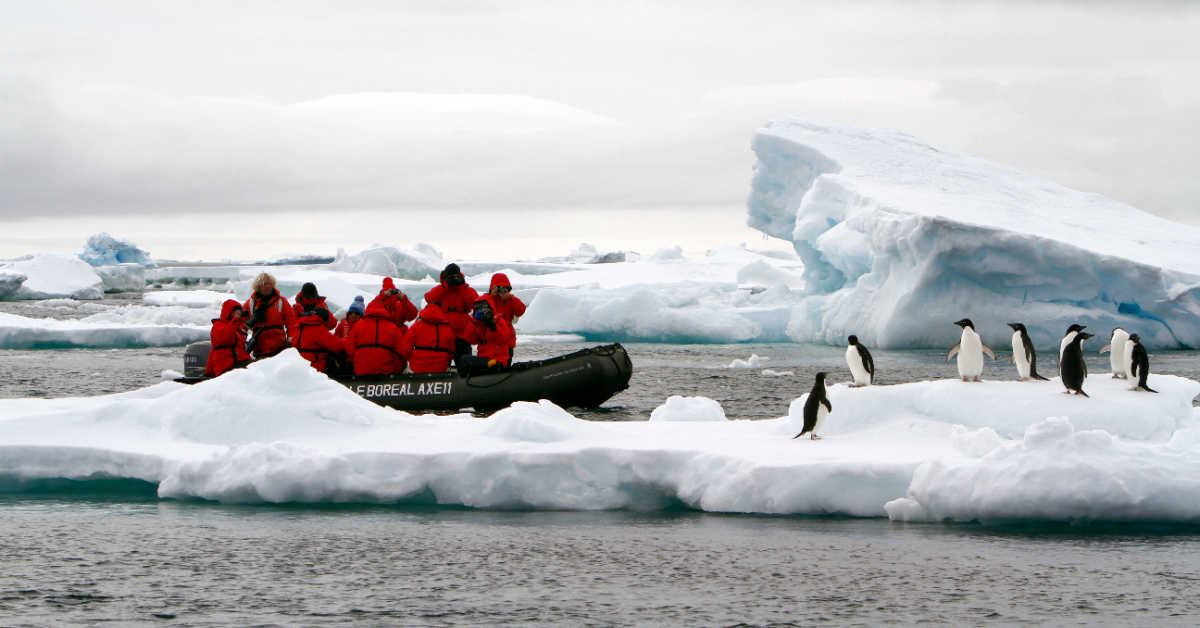 There’s much more to the penguins in Antarctica and the excitement of encountering these intriguing creatures can’t adequately be conveyed with pictures.  Antarctica is a destination that you can appreciate fully by visiting and experiencing it all in person. An expedition cruise provides not only a chance to get up close and personal with the penguins, but plenty of other luxury amenities that will make the voyage one of the most indulgent and memorable trips of your life. 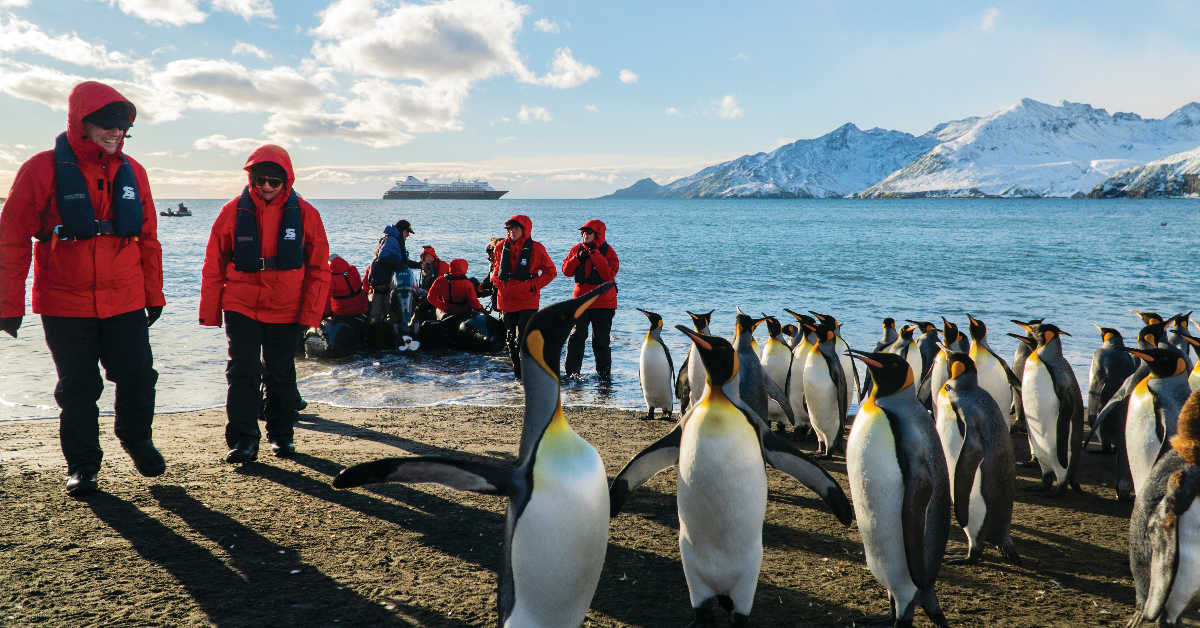