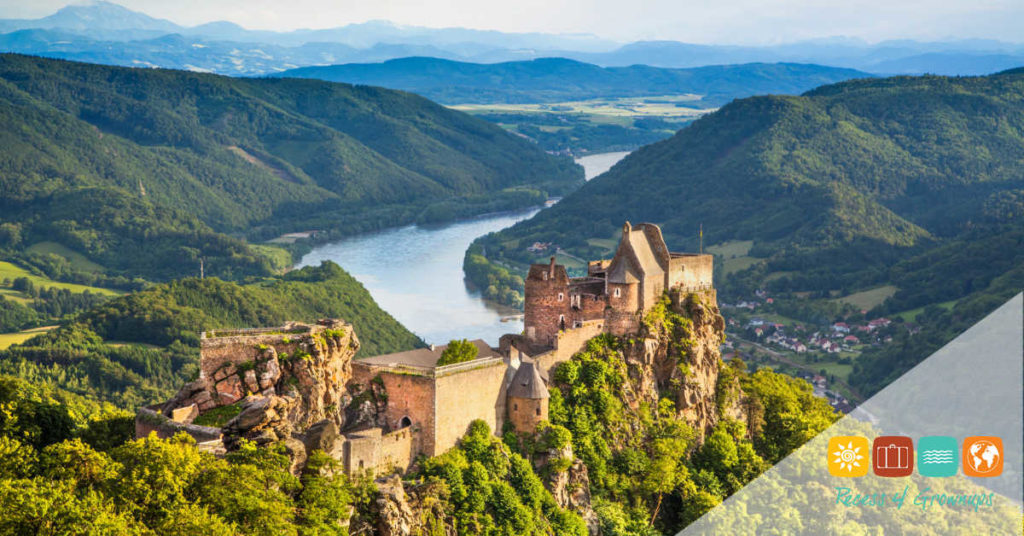 Some of the travel arrangements I’m working on are European river cruises, so I thought that inspired me to share the beautiful destinations of such a trip down the Danube River… 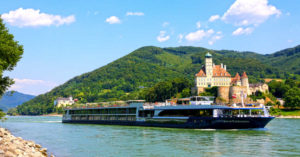 Europe is a favorite destination with unique experiences to offer visitors, especially in its central region. In these parts of Europe, you’ll discover dreamy landscapes and remarkable architecture evident in various castles and churches. The rich history of the area is seen in multiple exhibitions and displays in the war memorials within the continent. If you are a culture lover, you will enjoy interacting with diverse regions and customs. So, how do you get to see all of this? Easy! Book a cruise on the Danube River, which allows you to explore Europe from the river, where the towns and commerce developed centuries ago. The cruise includes complimentary excursions in each port to learn about the unique traits of each city. While there are numerous walking tours – since you are already in the center of town when your ship docks – there are also more active excursions with bike rides and culinary-focused tours to discover local delicacies.

The Danube River doesn’t flow through or along the Czech Republic’s border, but the capital city of Prague is close enough to the starting points of most cruises that it is a popular pre-cruise option. Considered one of the most beautiful cities in Europe and a World Heritage City, Prague is a must-stop for those exploring the Danube River. The picturesque metropolis has eighteen bridges crossing the Vltava River that are a sight to behold as the sun glints off them.

Make sure you visit some of the city’s greatest attractions, such as the Old Town Square, the Church of St. Nicholas, and the Gothic Old Town Hall fitted with the famous Astronomical Clock, the world’s oldest working astronomical clock. Take a tour of the Jewish Quarter to get an up-close look at well-preserved European cultural monuments. Strolling around the 18th-century New Town is also a great way to interact with locals while shopping or sampling meals at various restaurants.

Nuremberg, a medieval city, is known for its historical sights like the walled Old Town. A guided tour takes you to the town hall, the imperial castle, and the Market Square, where the famous fountain stands. Visiting renowned WWWII sites could include the Nuremberg Trials Memoriam, Courtroom 600, and the Documentation Center Nazi Party Rally Grounds. Before ending your visit to Nuremberg, ensure you sample traditional Franconian specialties. These include lebkuchen (gingerbread), rotbier (red beer), and bratwurst. 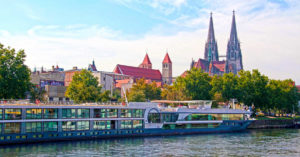 Another destination is Regensburg, which is accessible through the Main- Danube Canal. The city is home to several medieval areas that have been preserved for centuries. Talk a walk across the 12th century Stone Bridge across the river to the old town. Don’t miss the Regensburg Cathedral, dating from the 13th-century. See architectural attractions like the Port Praetoria and the Old Town Hall. Remember to grab a bite of old Bavarian specialties like pretzels, sausage, and beer. Afterward, make your way to Walhalla by bicycle to see the Parthenon inspired white marble temple.

As the cruise makes its way to Passau, you can be part of a walking tour to see buildings with Italian Baroque and Gothic architecture. The cobblestone streets also lead to the famous St. Stephen’s Cathedral. Alternatively, you can explore the area by joining a guided tour by bike or on foot. The bike tour has a guide that takes you to different locations along the shore of the Danube, while the guided hike ends up at the Veste Oberhaus Fortress.

Sailing south, the picturesque town of Melk is your next stop as you continue to cruise on the Danube. Benedictine Abbey, one of the significant landmarks in the city, was once the home of the first ruling empire in Austria, with some of the House of Babenberg members buried there. You may want to visit Saint Coloman of Stockerau’s tomb, located in the abbey. 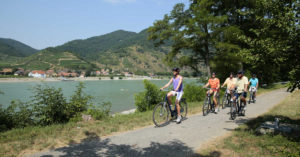 If you prefer to engage in activity while touring the town, you can choose to join a guided walking or bike tour. Cycling in the city will take you to Wachau Valley, a designated UNESCO site while taking a walk through the Dürnstein’s streets leads to the famous Baroque church tower. Later, you can explore the famous vineyards in Wachau Valley.

A key highlight of your cruise is “The City of Waltzes,” another name for the capital city, Vienna. The city is full of treasures, including the Imperial Palace of the Habsburg and the majestic Opera House. End your tour by visiting St. Stephen’s Cathedral and the historic city center, or you may want to ride a bicycle to the Catholic monastery, Klosterneuburg. 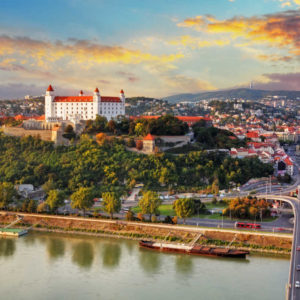 Bratislava is a major port that sees various ships dock on the Danube River next to the old town. There’s a guided walking tour to the Slovak National Theater and the 16th-century Bratislava castle providing magnificent city views. You can visit the National History Museum within the castle to learn more about Slovakian history.

When on the old town streets, enjoy walking down along the narrow paths filled with cafes and restaurants that offer diverse menus. The beautiful buildings that line the streets include entertainment places and shopping stores that you can visit as you wind up the day.

The Danube River divides Hungary’s capital city, which comprises Buda’s hilly district and the flat side of Pest. Explore this diverse city through a variety of walking tours. Visit the Great Market Hall, Budapest’s largest market hall, filled with fresh local produce, wines, salamis, spices, and souvenirs. Continue throughout the city to discover key sites like the Royal Palace and Basilica of St. Stephen. You might ride the Buda Castle Hill Funicular or explore the old Jewish Quarter. If you prefer hiking, you can go up to Castle Hill and enjoy great views of the city. 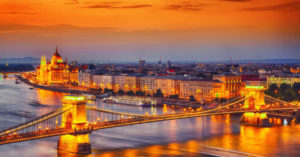 From the river, you can enjoy sights such as the Buda Castle, the Szechenyi Chain Bridge, and Matthias Church. One of the highlights of sailing on the Danube River is cruising by the Parliament in the evening as it is illuminated against the night sky.

A Danube River cruise combines the in-depth exploration of some of the world’s great cities with the convenience and comfort of a luxurious river cruise experience that includes delicious regional cuisine and local musical entertainment to immerse you in your setting.